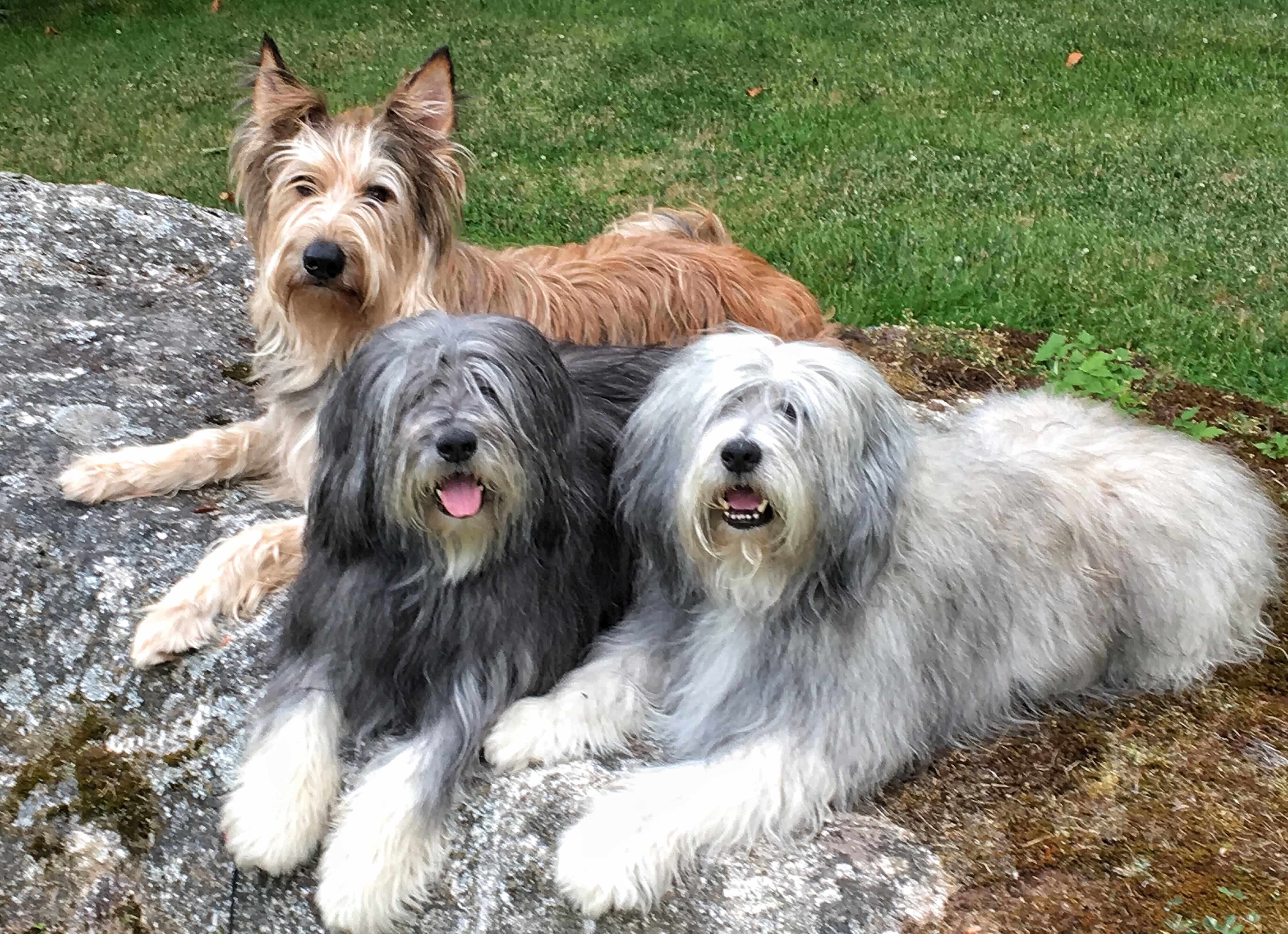 Well the World Cup is over. And while we PONs were devastated because Poland was out of the running pretty early, the FG was pretty smug from the beginning.  And not only did France do well from the start – but they went on to WIN the World Cup!  The FG was pretty excited, so although we were disappointed for our national team, we were happy that someone in this house got to celebrate!

So in honor of France and their victory, let’s take a minute to pay tribute to French canines. Time for some trivia…
1.  This French breed is the Butterfly dog.
2.  This French breed is a large powerful breed that is also known as the French Mastiff.  There was one featured in the movie Turner and Hooch with Tom Hanks.
3.  According to the AKC, these three French Breeds must be shown with their double dewclaws.
4. This bat-earred breed was developed by breeding bulldogs to French ratting dogs.
5. This active guy dog is a spaniel, although is said to perform in the field somewhat like a pointer or setter.
6. This large, floppy-earred breed has great scent detection abilities and can be used by police departments as a tracking dog.
7.  This short-legged scenthound also has long floppy ears and likes to hunt rabbits.
8.  This cute shaggy water retrieving breed is still relatively rare but is said to make a great family pet.
9. The initials for these shaggy hunting hounds are PBGV and GBGV.
10.  This is a small herding breed from a mountainous area of France.
11. This comical herding breed is a source of never ending entertainment in our house!
I’ve included 14  breeds here. There is also the French Spaniel which is said to be rare outside of France. Did you know that there were so many French breeds?  Let’s see how you did…
1.  Papillon
2.  Ddogue de Bordeaux
3.  Briard, Beauceron, and Great Pyrenees
4.  French bulldog
5.  Brittany
6.  Bloodhound
7.  Basset Hound
8.  Barbet
9.  Petit Basset Griffon Vendeen and Grand Basset Griffon Vendeen
10. Pyrenean Shepherd
11. Berger Picard
Congratulations to France.  Now if I can just convince my human that we should have some boeuf bourguigon to celebrate…
Have a good one.  Peace and paws up.
Seizure free days: 55