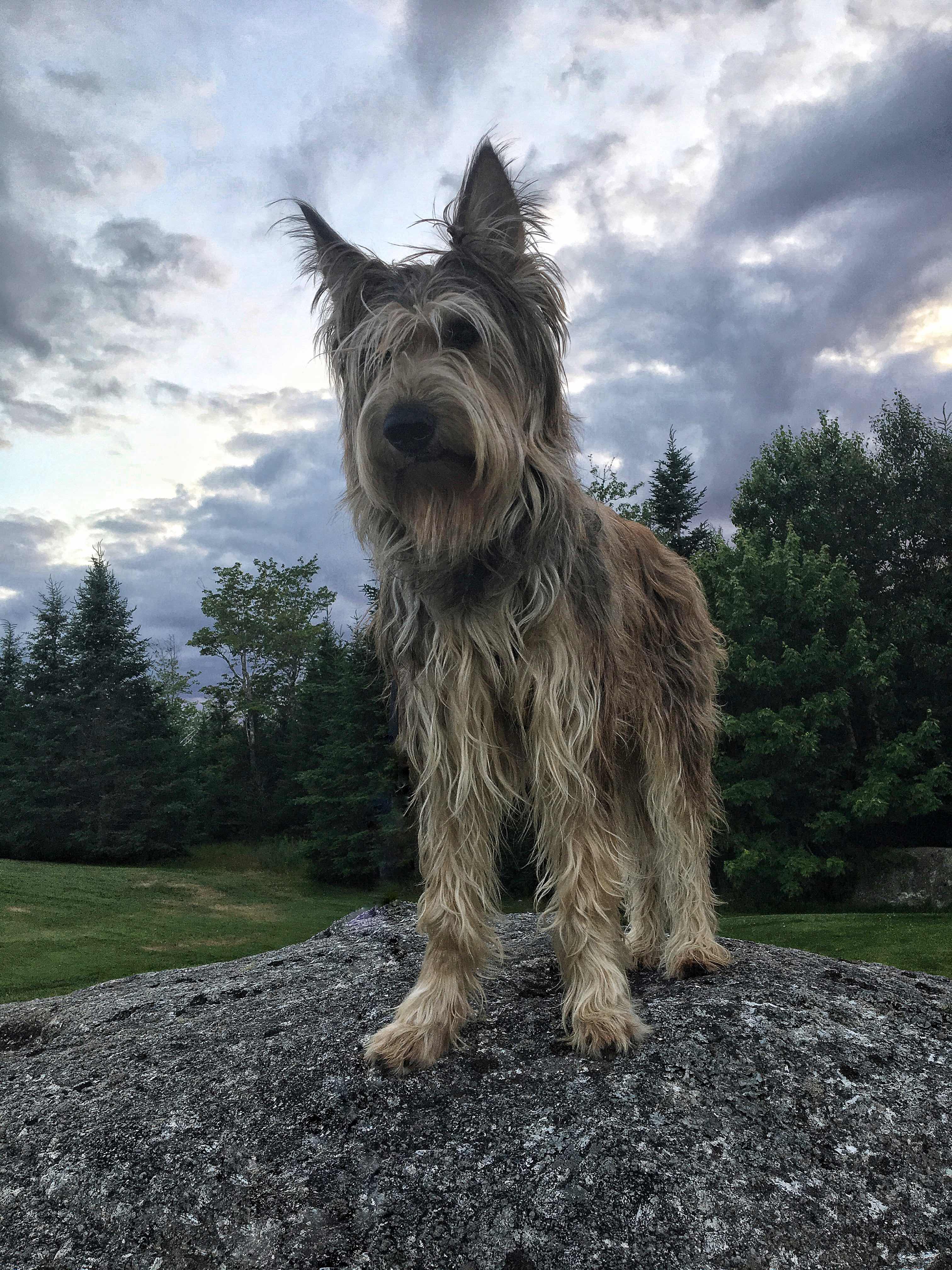 Well we are moving to a highrise condo in the heart of the city.  The wilds of country living have finally become too much for my human.  With the bears, the deer, the crazy bunnies, the field mice, the black flies, and the porcupines, she has decided that city life would be much less adventurous.  And why the decision?  What drove her over the edge?  A snake.  Who is now residing somewhere in our garage.

She got home from work the other night and instead of pulling into the garage, she parked the car outside -but opened the garage door.  As she went to go in, she immediately noticed a snake right at the entrance to the garage.  She raced in front of him to shoo him away, but he ducked just inside the door and went to hide under a bunch of stuff. Stuff being gardening tools, recycling bags and boards stored in the garage…just because.   She screamed because she couldn’t tell where he went.  But the good news – he was probably only 8-10inches long – and he was a harmless garter snake.  We have no poisonous snakes in Nova Scotia.  She chose to put him out of her mind because she knew that finding him would be like finding a needle in a haystack.  And she had dogs to walk, so searching for a snake was a low priority.
The next morning as she was getting ready to head to work, she spotted him.  But by the time she grabbed a broom to shoo him out the door, he had disappeared.  We have not been allowed in the garage since the snake made himself at home.  I’m not sure why – as I said, he is not venomous.  I guess, though, that he could  become a lifeless shoelace if one of us got ahold of him.
Someone at my human’s work joked that maybe the snake was looking for a place to nest.  Needless to say, my human was no imprsssed with that idea.  She did bring in a search party of a few friends to look for Herman (that’s what I have named him.).But they didn’t find him.
I wonder what life in a highrise wil be like.  Running down the halls.  Racing into elevators.  Jumping of the balcony.  JUST KIDDING.  We are not going anywhere.  But we DO have a snake – so you should see the loud dance that my human does each time she enters the garage.  We need to get a video of it.  I’m sure she will be Googling Snake Charmers any time now….
Never a dull moment.  I’m ok with Herman.  As long as he doesn’t get into my dog food bin….
Have a good one.   Peace and paws up.
Seizure free days: 54