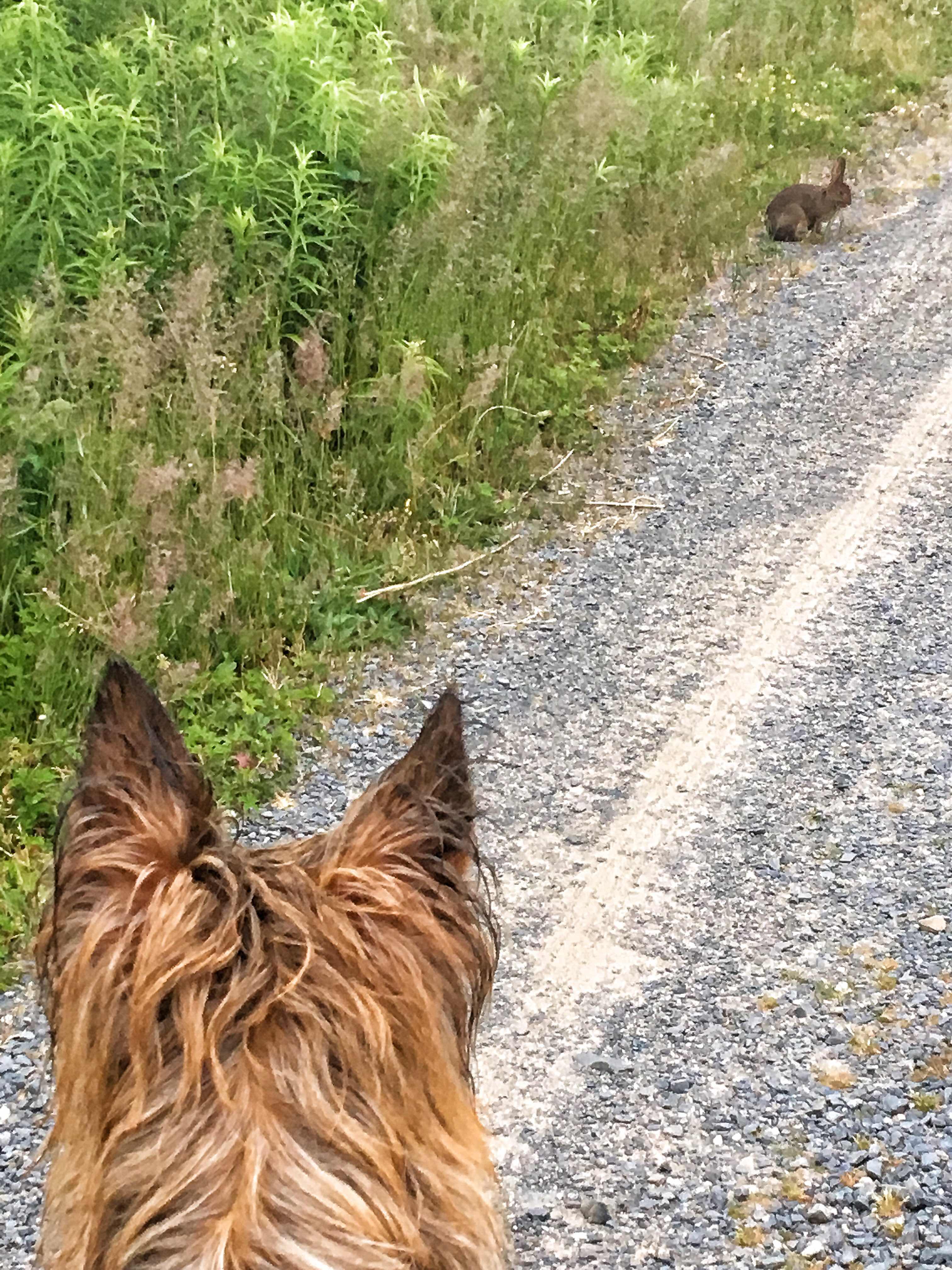 More neighborhood excitement.  It was Wednesday morning.  It was cool and foggy when we went out for our morning walk at 5:15.  In fact, the street lights were still on because the skies were overcast too.  We trotted up our driveway and that’s when we first spotted the carnage.

Wednesday is garbage day.  And in addition to regular garbage, it is also green bin organics collection day.  As soon as we got 3/4 way up the driveway and we had a clear view of the road, we noticed that our neighbor’s green bin had been knocked over.  And someone had been rummaging through – resulting in a stinky mess on the road.  Obviously Mr. Bear was back.  Across the road, another green bin was also knocked over.  With similar messy results.  My human kept us on SHORT leashes – after all, what could be more irresistible to a PON than stinky garbage.  As we wandered up the road, it was evident that only two out of seven cans were left standing.  We had not put out our green bin – that had been emptied a few nights before.  It was evident by the carnage that Mr. Bear had thoroughly enjoyed his buffet.  And now the crows were shouting out the news about leftovers and helping themselves to the treats.

My human texted the neighbors to give them the heads up – although she felt a bit guilty about being the bearer (no pun intended) of the bad news so early in the morning.  Happy breakfast.

When the FG went for his walk, my human had to again steer clear of the crow smorgasbord.

It looks like green bins will have to stay in garages until Paddington moves on.  I honestly thought that he was gone after we saw him the first time, but evidently he is enjoying the neighborhood soup kitchen too much.   And imagine his delight when the bins were all conveniently lined up for him!! I would have liked to have been riding down the road to see him during the feast.  Note I said riding – IN the car.

I’ll keep you updated about any sitings.  Now.  We just need to see a moose…

Have a good one.  Peace and paws up.
Seizure fee days: 52