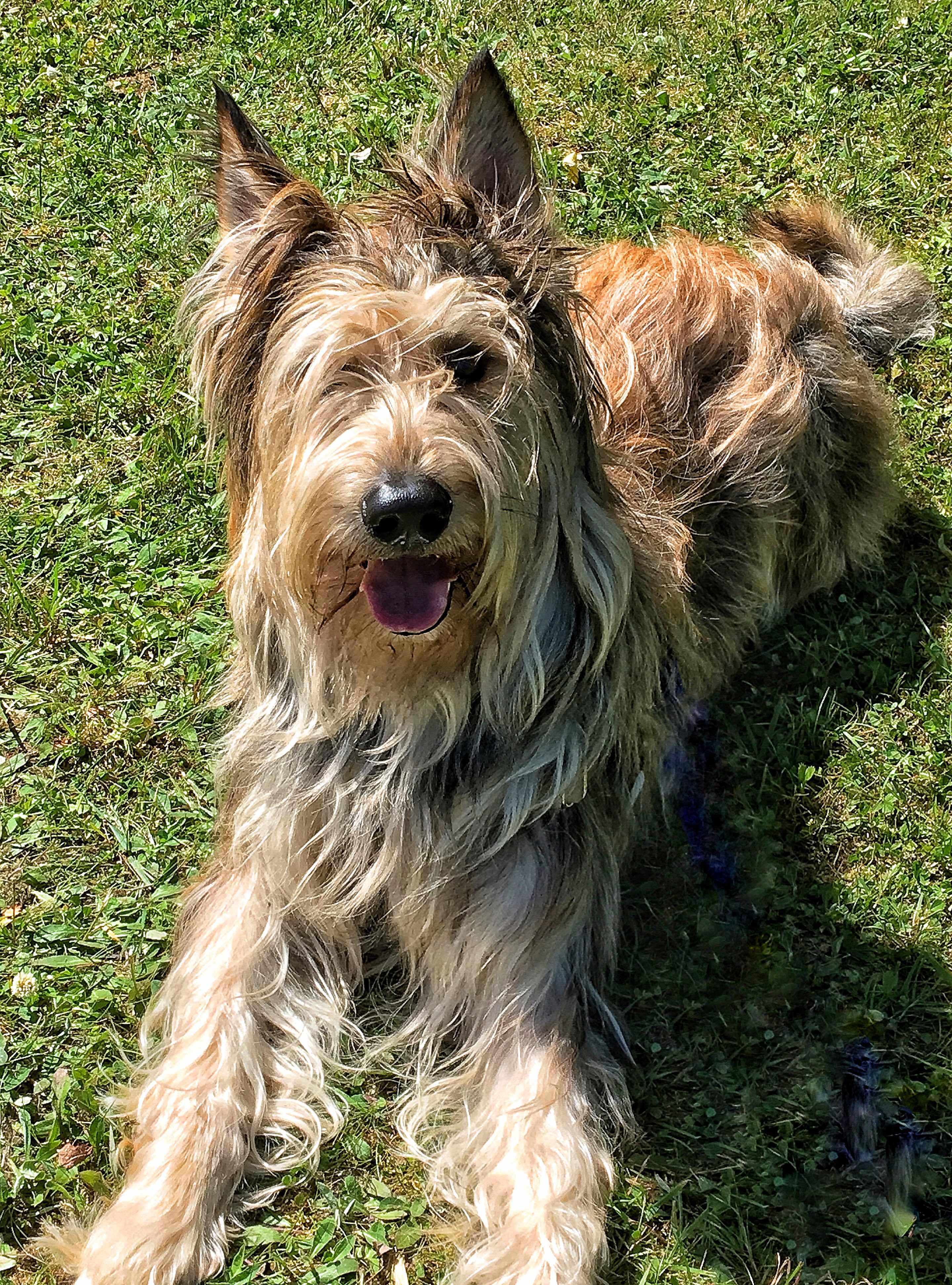 Yesterday we were up and out at our usual 5AM.  We are creatures of habit-,and we don’t care that it’s Saturday. We just know it’s a new day – and we are happy to get rolling .  Like we dogs do every day. Humans should follow our lead on this.

After our morning constitutionals, we ate and my human did too.  Then she invited me to come into the garage.  Einstein shouted “no – don’t go.  It’s a trap!!” But did I listen?  Nope.  And the next thing I knew-I was on the grooming table. An hour later we emerged -with one much nicer looking PON and a tired human. She didn’t plan to do Einstein, but looked at him and knew she had to do it.  She lured him into the garage they they emerged 90 minutes later with a new dog.  Elroy was next, but his time was much shorter.
When we all fluffified, and she had finally taken a shower (grooming is hard work) she took me and Einstein out.  Again.
We didn’t know where we were going , but it wasn’t long before we noticed a bunch of cars parked at Jackson’s house.  The neighborhood yard sale.  Where humans try to sell things from home and then end up buying more stuff from other people.  Another brilliant human idea.
My human wasn’t organized enough to take things to sell.  Heaven knows we could probably sell one of the many sizes of dog crates we own.  But she couldn’t get her act together to take things up there at the crack of dawn for the sale.  BUT she decided, with some trepidation to take us up there.  She told us she was going to put “FREE” signs on us. Funny.
I think she figured that after all that grooming, someone ought to see her efforts. She was a little nervous that Einstein might scare away prospective buyers with his “welcome” bark- but he surprised her by remaining silent.  He even allowed a few shoppers and neighbors to pet him- although he was more interested in checking the contents of the tables for possible food items.  We were kept on short leashes for fear we  might pee on a table. But we actually settled in quite well and stayed for about a half hour without any problems at all.  Then it was the FG’s turn to head over… 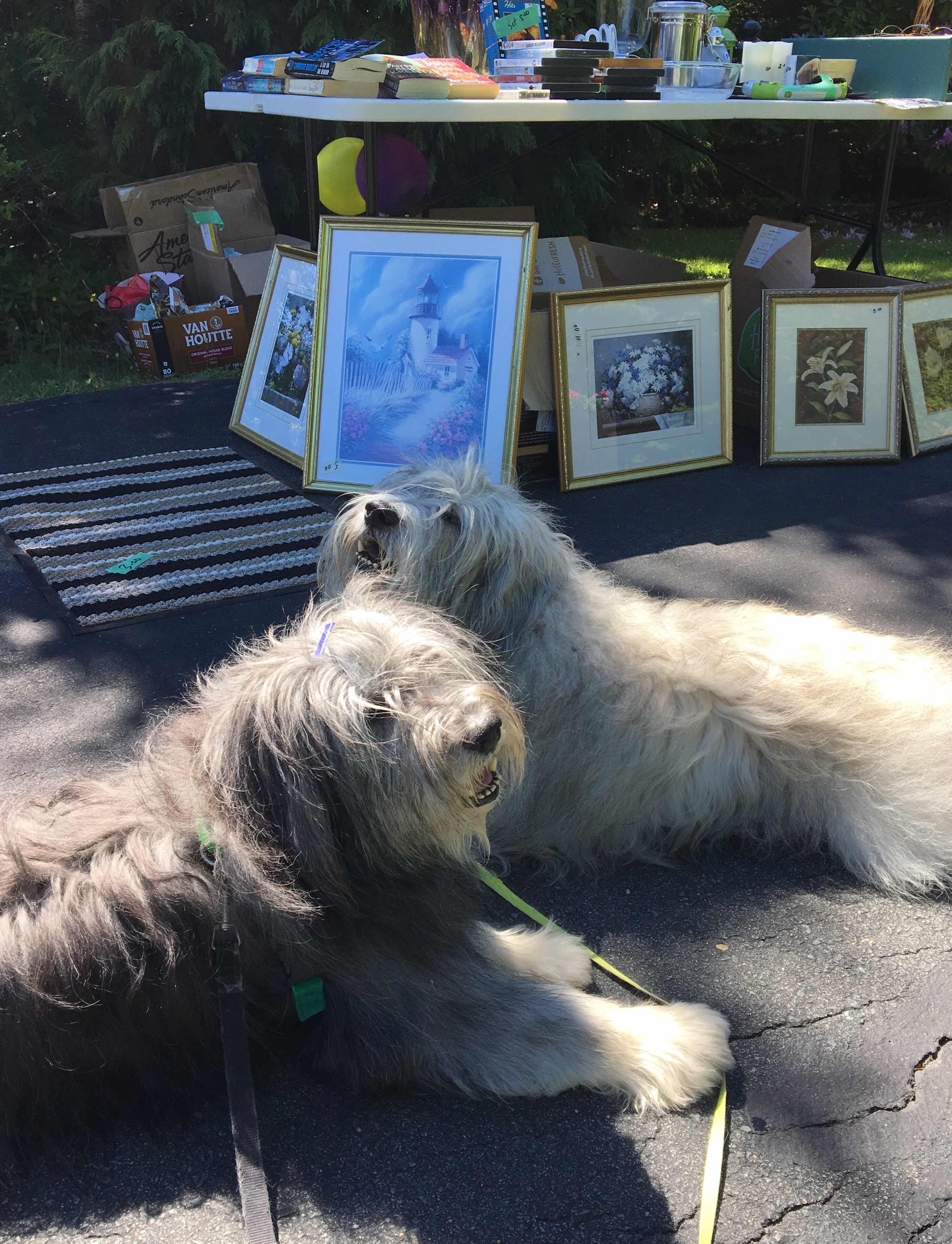 He was kept on a VERY short leash.  Although he is more sociable than a politician seeking election- he has this vice called “jumping.”  He has to be reminded to keep all four paws on the ground.  While my human envisioned yard sale items flying, he was also very well behaved.  Several people asked what he was.  A “Coyote- wolfhound a doodle” my human answered.  Just kidding.

So we all enjoyed socializing with the neighbors and were well behaved.  I did note, though, that she didn’t take us back to the BBQ in the evening.  Now THAT would have been chaos.  Then again, maybe we would have behaved….Who am I kidding?  Hamburgers and snacks readily available?  Yup.  It would have been chaos…
Maybe next year…
Have a good one.  Peace and paws up!
Seizure free days: 47