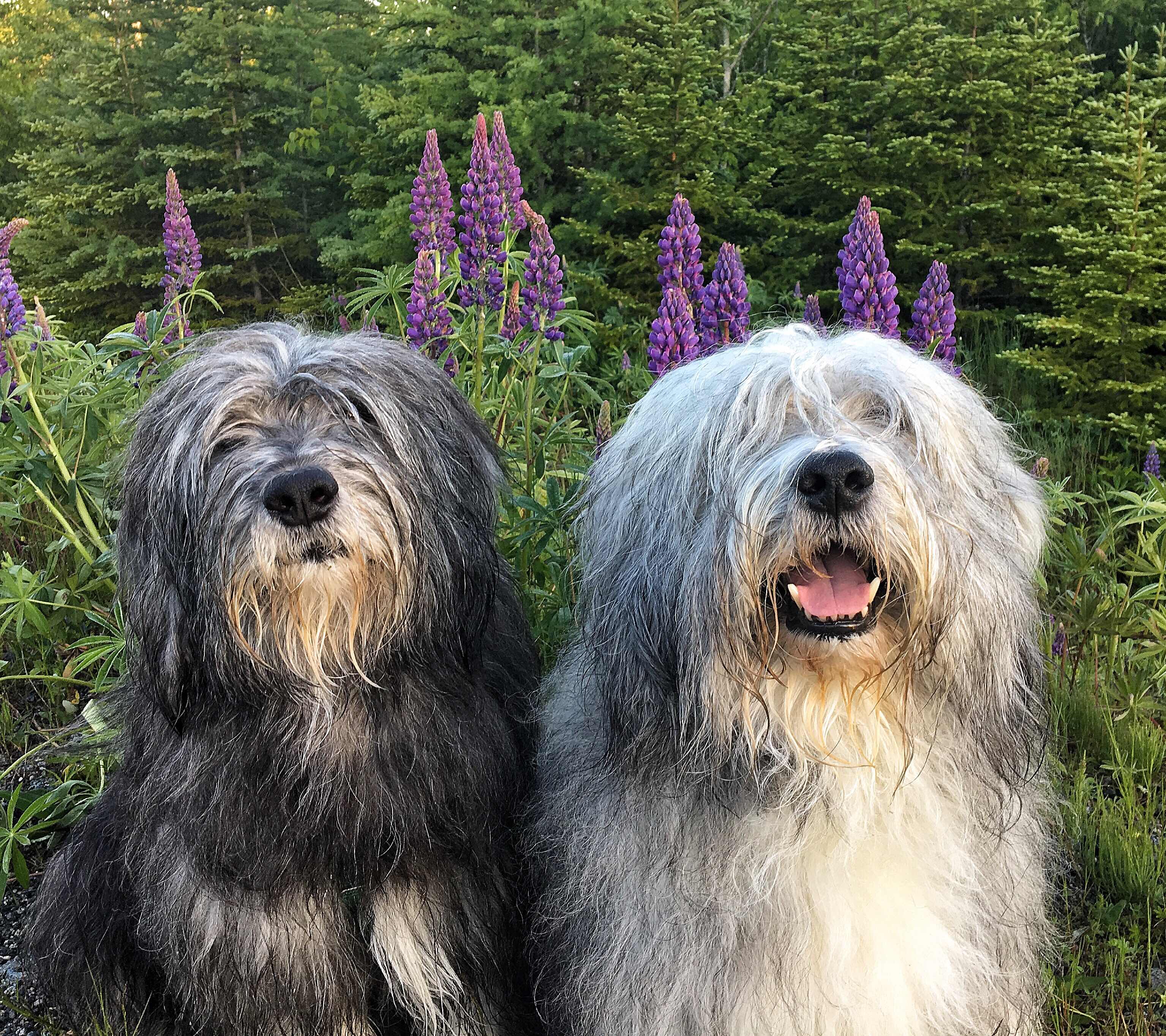 Well today is a special day.  It’s Father’s Day – a day to honor dear old Dad.  My human’s Dad went to the Rainbow Bridge to meet some dogs  quite a few years ago – in fact we never got to meet him.  But we understand that it was my human’s father who was the real dog lover in the family – and that’s probably where my human acquired her love of dogs.  Not that her mother didn’t like them – but her father LOVED them.  It wasn’t until my human was in high school that she and her father were able to finally convince her mother that they NEEDED a dog.  Up until that point, my human had to get her dog fix with the neighbors’ dogs and at least one stray that she brought home.  Who her father found a home for, because her mother still wasn’t ready at that time for a dog.  But the first REAL dog in the household was Mickey – an Irish Setter.   My human’s father walked him in the fields near their home every day and he quickly learned that Mickey had an innate hunting instinct.  It was so good that one neighbor asked to borrow Mickey to go hunting.  My human’s father went along and carried a gun, but had no intention of shooting anything.  He wanted to look that part, though.  Mickey did a fabulous job pointing out  pheasants and he went on more that one hunting adventure. He and her father were best buddies.

When Mickey passed away at almost 15, her father said “no more dogs.”  By this point my human was living away from home.  But she and her sister felt her father NEEDED another dog.  So they broke the ultimate warning that you see during the holidays – they went out and bought him a Golden Retriever puppy for Christmas.  Her father’s immediate reaction was “I told you no more dogs!” But within 10 minutes he was playing with his new best friend, Midas.
By this point, my human had her own first dog – Barney the crazy terrier-cross.  And then she got her first Bernese, Schubert.  When Schubert died suddenly from cancer at 3.5, her father wanted desperately to find her another Bernese. He felt so badly. My human managed to find a Bernese puppy in Wisconsin – so drove from Nova Scotia to pick him up.  She dropped Barney off at her parent’s place on the way there – and here is a photo of her Dad holding Guinness when she stopped on the way back to pick up Barney. 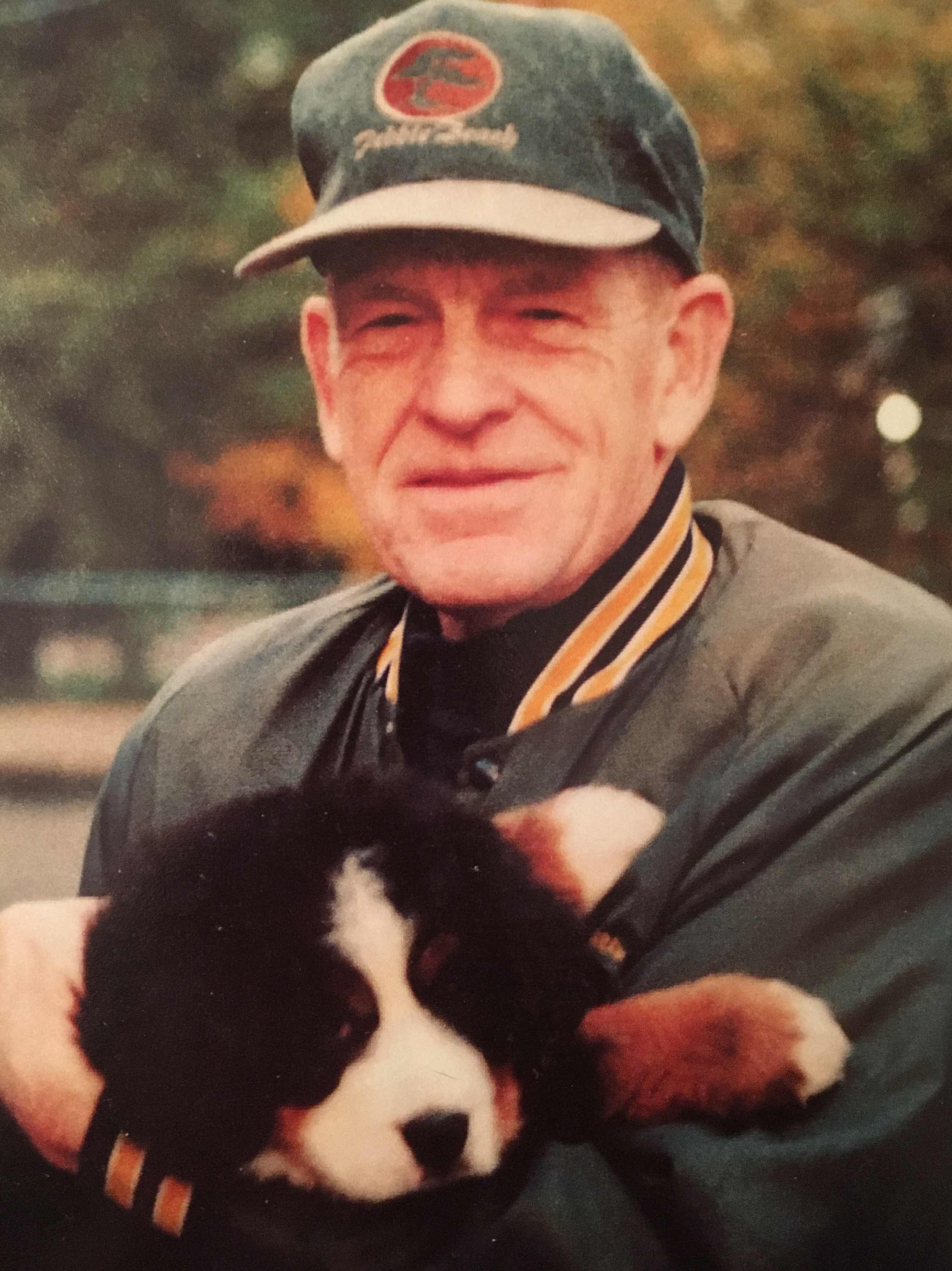 My human’s father never met us PONs but we KNOW he would have liked us.  We also think we would really have liked the FG, too. He was a very special man. And not just because he loved dogs! There are so many more reasons too…
If you are lucky to still have your father – give him a big hug today. And if you can’t – make a phone call – or Skype!   And if your father is no longer with you, think of him and know that he is probably looking down on you.  My human figures her father MIGHT be shaking his head because she has THREE dogs.  But of course she has a great excuse – she’s making up for all those years growing up that she didn’t have one.  And my guess is that he would completely agree with that argument!  He’d be shaking his head.  And smiling.
Have a good one. Peace and paws up.
Seizure free days: 28