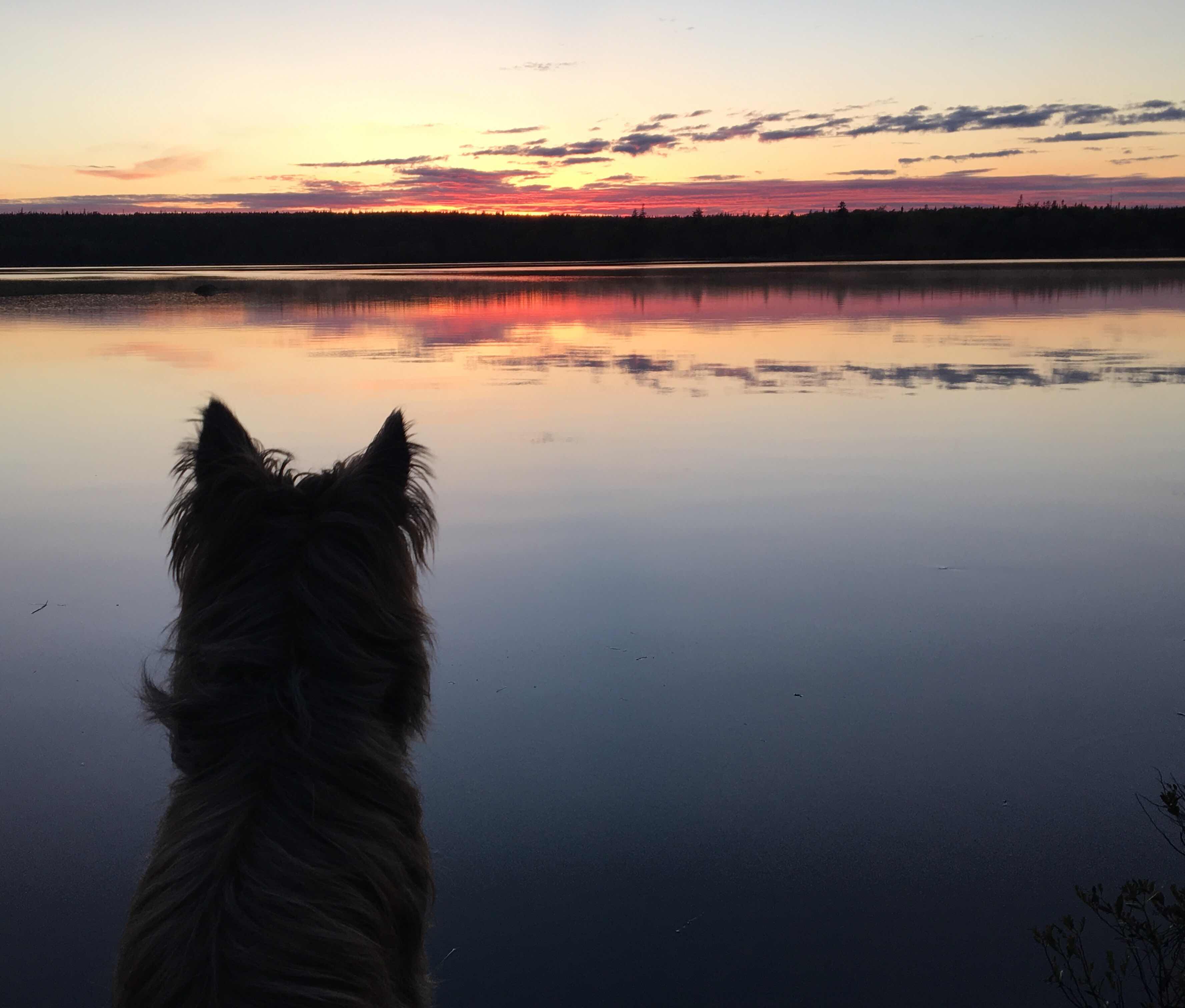 Yesterday was a day of many feelings in our house.

All around.
We got my human up at 5 as usual, but we noticed she wasn’t in a huge hurry – like she usually is on Fridays going to work. She took us for our walks, fed us, had her breakfast, and then out of the blue, announced that Einstein should come into the garage.  Aka grooming torture place.  He went in, not suspecting anything odd.  First she began with a thorough brushing.  Which took well over an hour.  And then, when he thought she was done- she lifted him up and plopped him in the tub. Oooooooeeeeee.   He was NOT impressed. He gave her the “look” that said “I wouldn’t leave ANYTHING on the counters for the next three weeks”.  At least. She finished washing  him and then noticed as she began to dry him with the jet engine dryer, that she used the wrong shampoo.  She used the shampoo for the FG.  The kind for dogs with coarse coats. I fully expected Einstein to look like the FG when he came in from the garage. Nah.  He still looked like a PON.  He looked so nice that as soon as he settled down in the kitchen, I immediately had to start licking his face – just to mess him up a bit.  My human moaned “Seriously – you can’t leave him alone for 5 minutes without messing him up?”  Einstein didn’t care – so what was the big deal?  Humans.  OK so the whole process took like 3 hours – but what else would she be doing – scraping the deck?  It was obvious she wasn’t going to work.
What we didn’t know was that yesterday afternoon, my human and her sister were taking her Mom to the cemetery- to put her in her final resting place. As you know, the funeral was in March, but because the ground was still frozen then, they couldn’t perform the burial.  I think we boys could have done the digging, but no one asked.  Anyway, it was a beautiful day.  The sky was blue, the sun was shining and the temperature was perfect.  They met the priest there ( we like him because he is Polish) and he performed the service – with a beautiful view of the ocean and gulls flying overhead.  We wanted to come – but my human said the ground should be christened with holy water.  Not the kind of christening we would do. My human and her sister were of course sad – but the memories of a good life, well lived and loved will stay in their hearts forever.
So although Einstein was still cranky about his unwanted spa treatment, he did cut my human some slack when he realized what day it was.
A day of many feelings.  All around.
Have a good one. Peace and paws up.
Seizure free days: 27