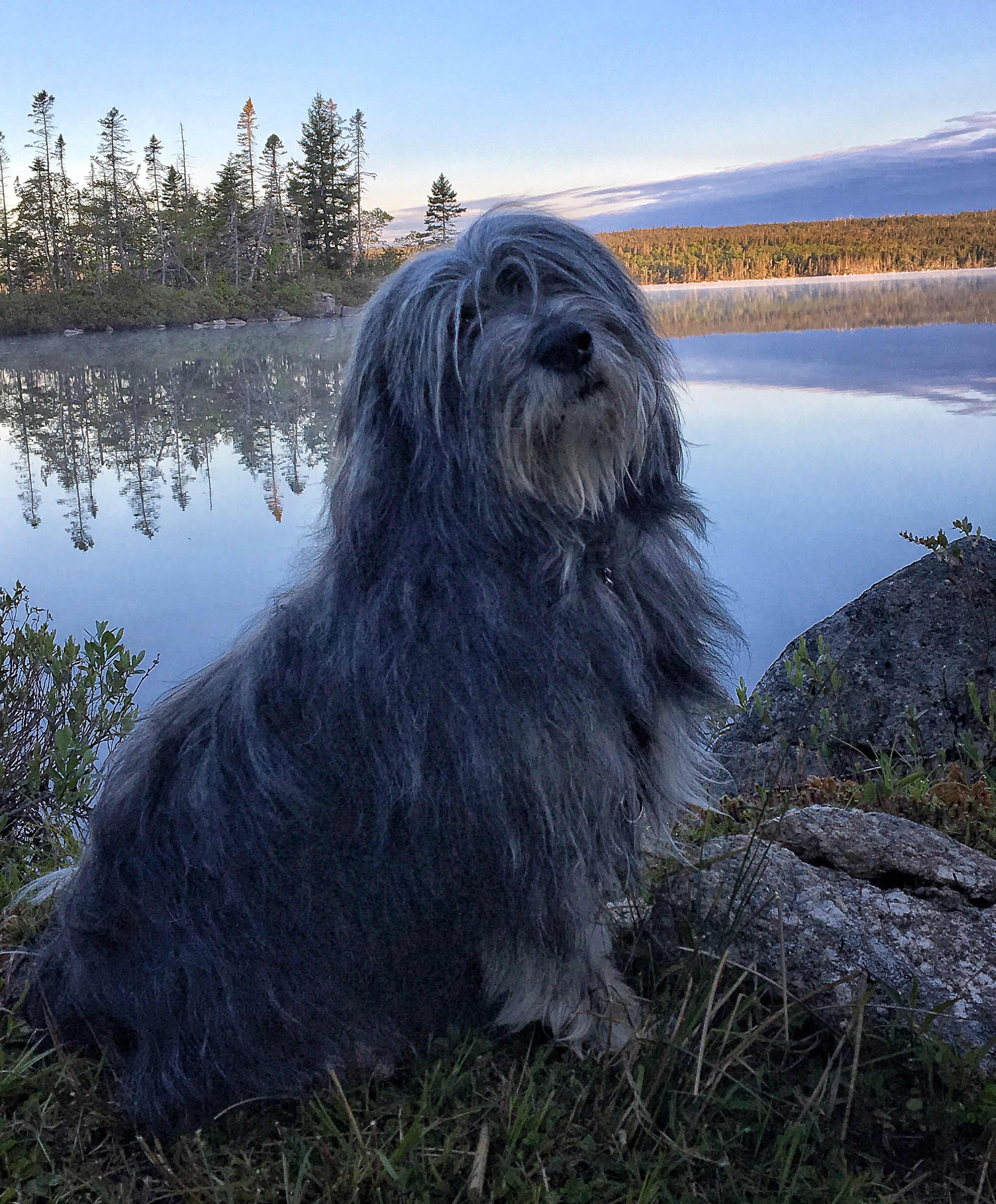 So we have talked before about the fact that we canines have a super ability to use our noses for scent detection.  We’ve talked about explosive dogs, cadaver dogs, drug dogs, dogs that can find bugs and rodents and dogs who can sniff out illegal goods – like antiquities.  But there’s a new job description in the scent detection profession – dogs who sniff out wildlife for conservation detection.  They are trained to find endangered species, or evidence of species.  In Australia, for example, they have dogs who are trained to find things like koala poop.  The technical term is scat.  I just call it poop.  I would be good at finding poop.  But I digress.  What  is really interesting in Australia are dogs who search for amphibians – they are trained to find the elusive Baw Baw frogs. These little guys live mostly underground in the Mount  Baw Baw Plateau.  Scientists are trying to find and save the Baw Baw frogs as there are reportedly less than 1200 left in the wild.  Apparently dogs have been trained to find the presence of creatures who live above ground, but these underground hoppers are a new category, at least in Australia. Australia has a captive breeding program for these frogs – and because they don’t start using their calls until they are 5 or 6 years old, scientists had to wait a long time after releasing them to know if they were surviving.  But now, the dogs can find them and let them know if their efforts are working.  How cool is that? I didn’t even know what a Baw Baw frog was. But now I do – and so do you, if you didn’t already know. It’s also interesting that the dogs they are using are Border Collies.  They say they have both good searching abilities and good stamina.  I think Einstein and I would get bored looking for Baw Baw frogs, and wouldn’t like trekking through the wilds to find them .  The FG would definitely not have the attention for that kind of work.  Playing with Baw BAw frogs, maybe.  But hunting for them – forget it. Kudos to the Border Collies.

Speaking of scents – as you know our home has been frequented by bunnies, porcupines, a bear, an eagle, and a raccoon.  And in the past few weeks, a number of neighbors have spotted deer.  Deer who have been eating their apple blossoms and their plants.  But for some reason, we have not seen any and there is no evidence that they  have been in our yard.  My human says it is because they do not enjoy pee-covered plants. See.  I told her that we pee on all her plants for a reason… Now that is scent-sible!
Have a good one.  Peace and paws up!
Seizure free days: 24