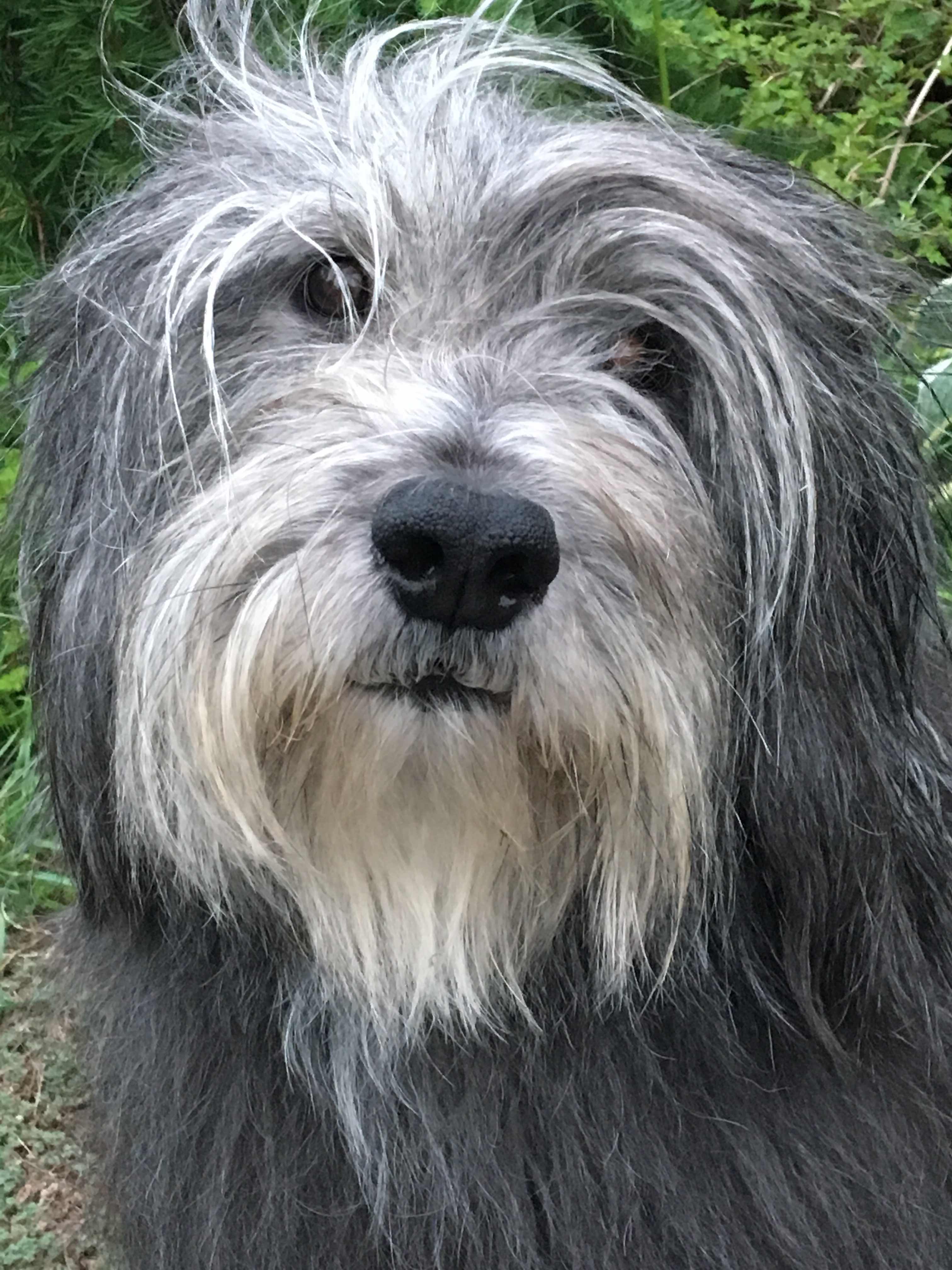 One would think that if one was owned by an 8 year old dog, a six year old dog and a two year old dog, that one would not find that said dogs would engage in childish, make that puppyish, pranks.  Not so much in this house…

My human is on this new decluttering kick.  It will no doubt last for a week, and then she’ll go on to some other novel craze.  Like cooking with kale (which she really doesn’t like) or learning how to knit with fishing line.  In other words, another futile endeavor.  Anyway, on Friday night she decided to clean out the disaster that some might call a garage.  I prefer grooming torture palace.  Besides housing a raised bathtub to bathe us canines,  the garage is also the repository for assorted dog crates in every size from Chihuahua to Great Dane, a cupboard full of tools she doesn’t know how to use, another cupboard full of paint cans that no doubt contain paint from the LAST house she lived in, assorted gardening tools including the wheelbarrow with the flat tire, the electrical cord for the generator she no longer has (because it died), bins full of Dollar Store holiday attire for us dogs, an assortment of folk art animals that make one feel as if they are entering a zoo, and now some furniture that she plans to sell because she obtained more furniture from her mother’s apartment – and we have no room for all of it.  So she is keeping her mother’s stuff and selling the furniture that comes complete with dog scratches.  Good luck with that.  Anyway, it is nothing short of a miracle that the car fits in there.  So the other night she went into the disaster zone to take pictures of some items to sell.  And she REALLY wasn’t in there all that long.  She took her photos, rearranged things, straightened up a bit and came back in the house.  And that’s when she discovered that there had been a party going on while she was literally in the next room.  The evidence of the party included confetti.  Everywhere.  SOMEONE, who shall remain nameless, had taken some newspaper that was on the counter, and decided to help with the recycling effort. It was shredded.  Everywhere.  A very puppyish prank. And you  KNOW what she immediately said.  The ridiculous “Who did this.”  As IF one of us would raise our paws to confess. As she went to pick up the numerous pieces, I decided to do something.  I decided to help.  Not that this was by any means an admission of guilt, but rather an attempt to clean up the mess.  I helped by picking up pieces and eating them. “Stop!!!”she shouted, I don’t need your help”. But I was trying to grab them faster than she could pick up.  She was crawling under the dining room table trying to grab tiny pieces before I could get them.  Personally, I thought it was a great game….
She has listed on-line some of the items in the garage.  She threatened to put our pictures on there too.  Funny.  Very funny. Seriously- WHAT would she DO without us?!  I think her life would be pretty boring….
Have a good one.  Peace and paws up!
Seizure free days:16