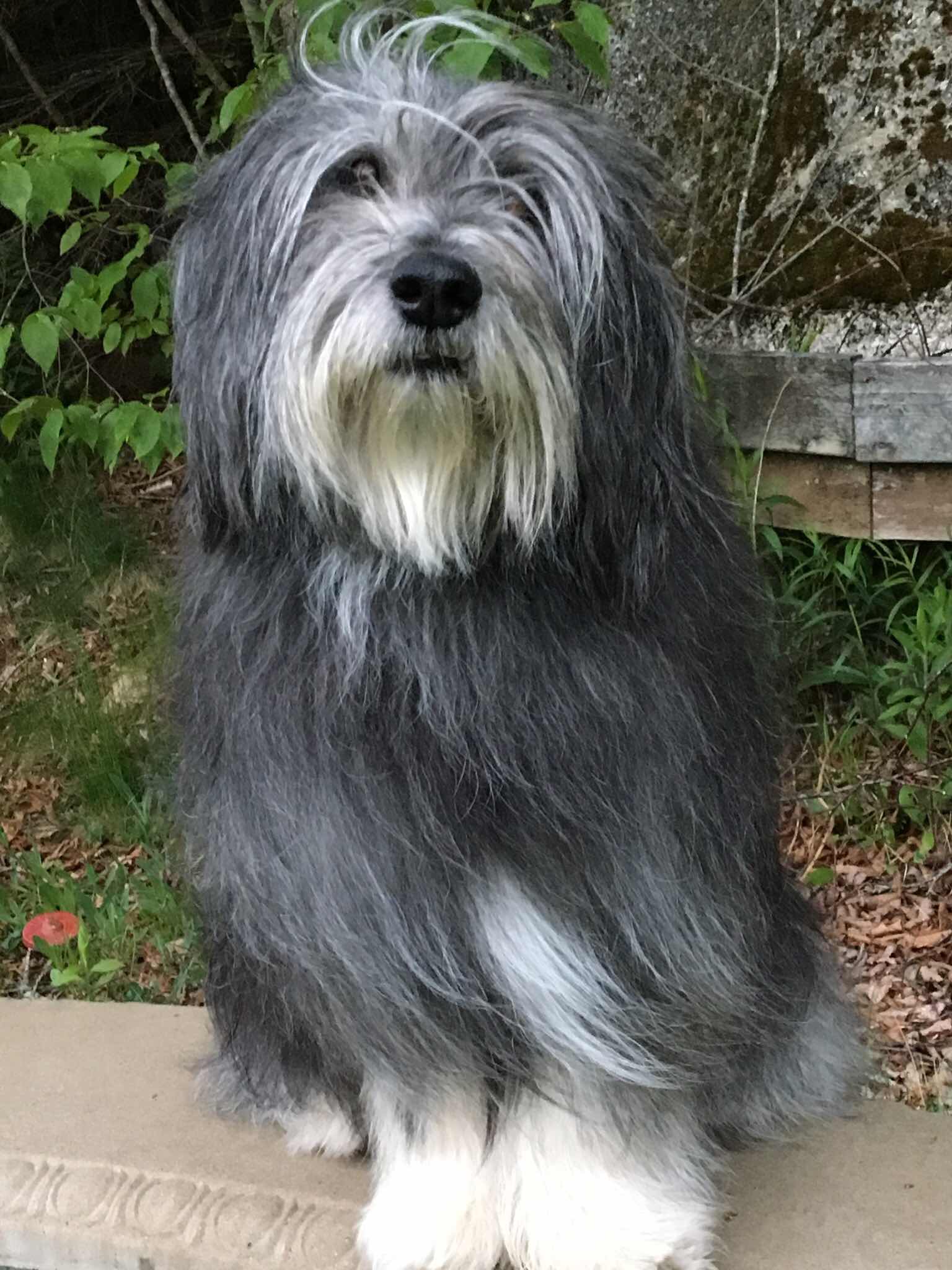 So remember the story of the missing box from the post office?  The one that had people searching. The one that I needed – so because it was missing my human drove in torrential rain over an hour to get a replacement for the contents of that box. You remember- the missing box that REALLY wasn’t missing after all.  Anyway, as you may also recall, when my human went to the Valley to pick up my stuff- she ended up buying grooming supplies, too.  Oh happy day…

I’m not sure why I was selected Saturday night as the first victim. Probably because when it comes to grooming and baths, I am actually the superstar.  So I was the first guinea pig for the new products – some stuff called Pure Paws. I tried out the detangler which worked like a charm and smelled great to my human.  For us dogs, we would prefer a product that had the aroma of fresh cow poop.  Somebody should bottle that.  At least from OUR point of view.  Then I tried some shampoo which also smelled nice to my human.  Then the blow dry- and voila- I looked and smelled all fresh and clean. Then it was the FG’s turn.  He got to try some texturizing shampoo for hard coated dogs.  As if he cares.  He also ended up smelling great and after he was blown dry, he looked HUGE. His big clean coat made him look twice his size.  He of course immediately rolled in the carpet under the dining room table and attempted to messs himself up by rubbing against the cupboards, chairs and the walls.  Good thing he was clean.
By the time my human was finished with him, she couldn’t even THINK about doing Einstein. And he was really the one who needed a bath the most!  But he is the worst groomee- so he was pardoned for that night.
I was SURE he was on the list for Sunday- but my human had errands and weeding and general yard work – AND she started scraping the deck for the annual paint job. So he never got his bath.  My human kept admiring her work from the night before – the FG and I still looked and smelled great. But you know me – I always like to keep things interesting. When my human came home from running errands, she let us out on the deck for a minute.  This was before she started the pre-paint scrape job.  In fact, while we were out on the deck, she went in the garage to get the scraper. She came outside and noticed I was chewing on something. She had seen me eating buds from the trees the day before, but it appeared that it was something larger. “Hey,” she said, “what are you chomping on.”  It was at that second that she noticed something unsightly on the deck.  SOMEONE had pooped.  Need I say more about my disgusting snack.  “Agghhhhh” she screamed- before I could complete my recycling job. I just looked at her and smacked my lips.  Here I was all fresh and clean and with a coat that smelled like flowers.  And breath that smelled like…
Never a dull moment.  Never.  Ever.
Have a good one! Peace and paws up!
Seizure free days: 17