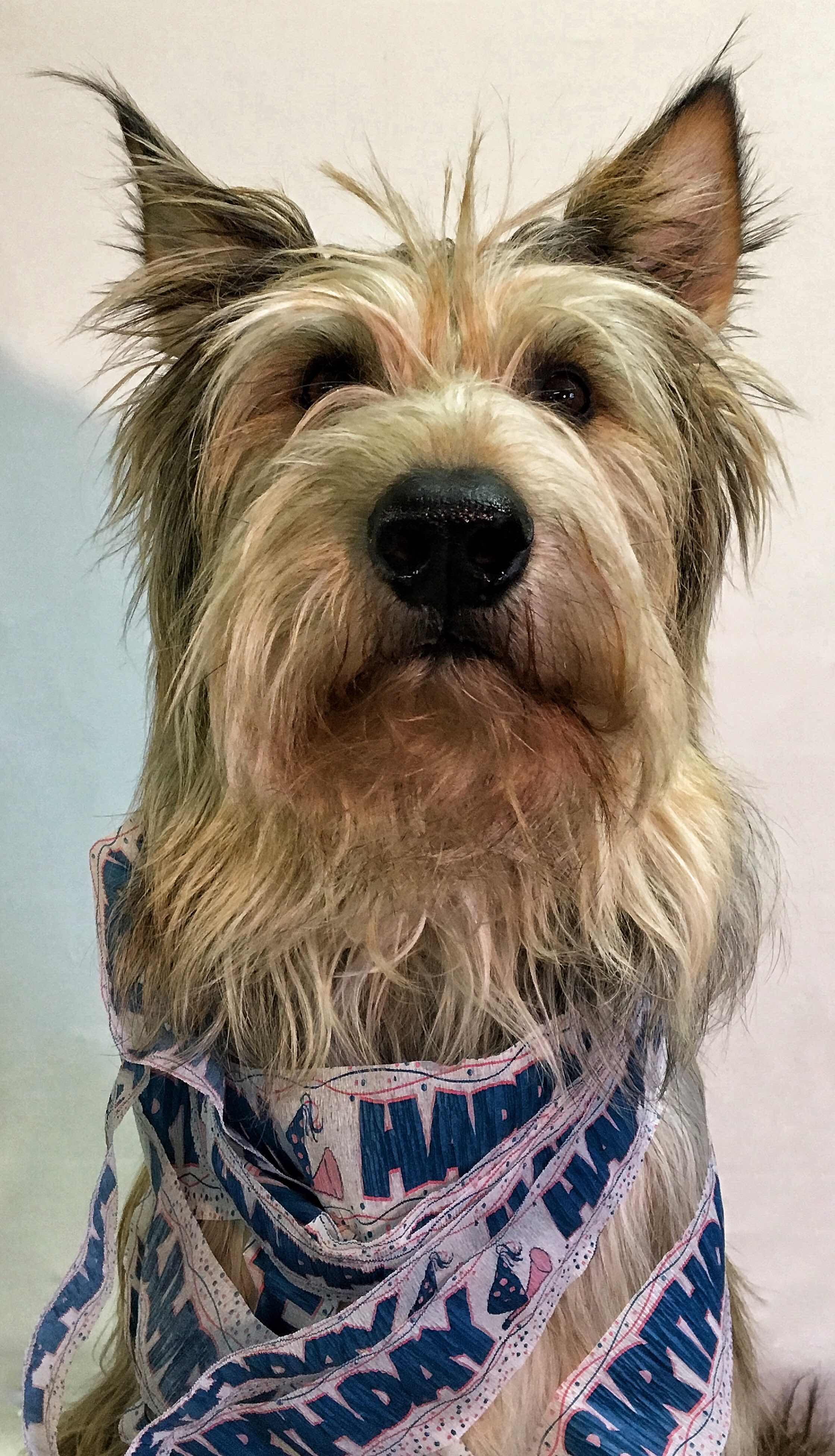 Well it’s a big day here. The FG is celebrating his birthday.  The big 2. Now if he was a human, we could expect the Terrible Twos.  I think we have already endured the Wild Ones. I must say, though,  that he IS beginning to settle down.  A bit. The other night when my human went to take me and Einstein out for our last pee, she must have been really tired – because she didn’t close the interior door.  And just as we turned to come back in, the screen door burst open and out came the FG.  And it was dark out.  And he was FREEEEEEE.  My human had visions of him bolting for the woods and ending up as a porcupine  pin cushion.  She whisked us into the house, and calmly went out to get him.  She sweetly said “sit” at a distance of about 10 feet and she nearly passed out when he did! She calmly walked over to him, he wagged his tail and let her guide him back into the house.  So I guess he IS maturing.

I have also decided I am really starting to like him.  We frequently lie side by side and just hang out.  He doesn’t attempt to lick my face, like he does with Einstein – he won’t go that far, but we are quite comfortable together.
Last year he had two remarkable events – the dog show where he got a Group 3 placement AND he passed his herding instinct test.  Without maiming any sheep. So although he didn’t get to compete much – he had two big results.  We will see what this next year holds for him.
Happy birthday to my picky- eater adopted brother.  Just remember bro, any time you don’t want to eat something, I’m here to help.  And by the way, I do think you are pretty cool.
Have a good one.  Peace and paws up!
Seizure-free days: 11