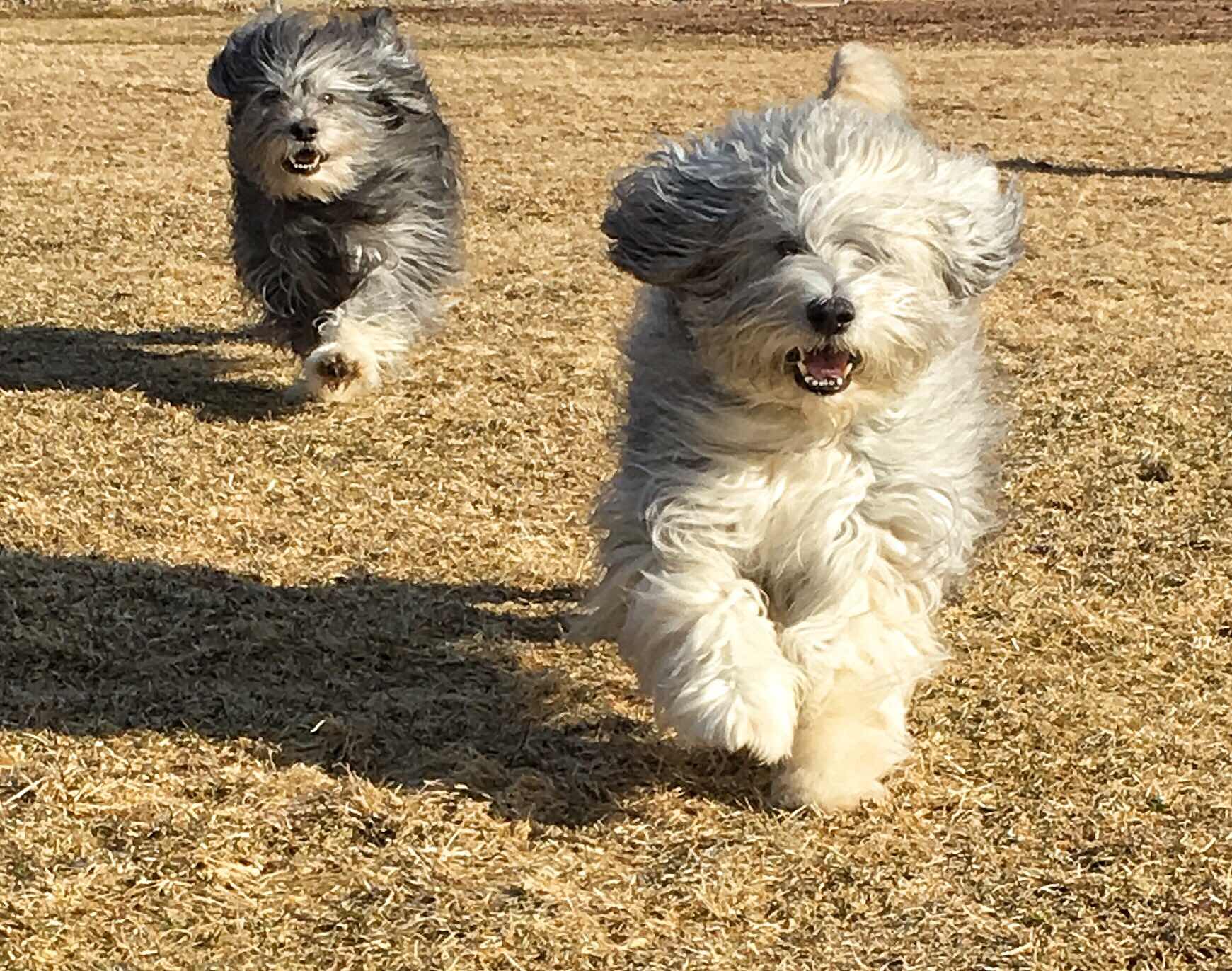 Today is April 3, and according to the crazy calendar, it is American Circus day.  I guess a day to celebrate that once famous traveling form of entertainment that was popular for decades.  I’m not sure if Canada has a Circus day – but really, every day in our house is a circus….

So yesterday my human had the day off and Joanie was in town.  So Joanie asked if my human would like to take us canine kids up to the ball diamond again – since Joanie can provide much needed assistance.  My human agreed, and they headed up with us Three Musketeers early in the morning. The FG screamed for most of the drive – which thankfully is less than 5 minutes – because he was in his crate and Einstein and I were loose in the vehicle behind this crate.  We arrived and low and behold, the Lab that we met the last time was there.  Einstein threw himself at the window like Cujo, barking a “friendly” greeting.  Which of course set me off, and the FG was still doing his murderous screaming.  The Lab was standing on the  other side of the fence, barking as well. My human rolled down the window and told the Lab’s human that we were happy to wait until he was done. Well he decided to leave, since his Lab wanted nothing better to do than stand and bark at a carload of crazy dogs.  As soon as he left, we were unloaded.  And no sooner did my human step into the field that she realized: a.  She forgot poop bags and b. She forgot treats.  I’m not sure where her mind was – probably still suffering from a sugar crash after eating too many Easter Peeps.  So she left me and Einstein with Joanie in the field and raced back home, with the FG still in his crate.
When they returned, we had a BLAST.  I wanted to retrieve – which is my FAVORITE thing to do. 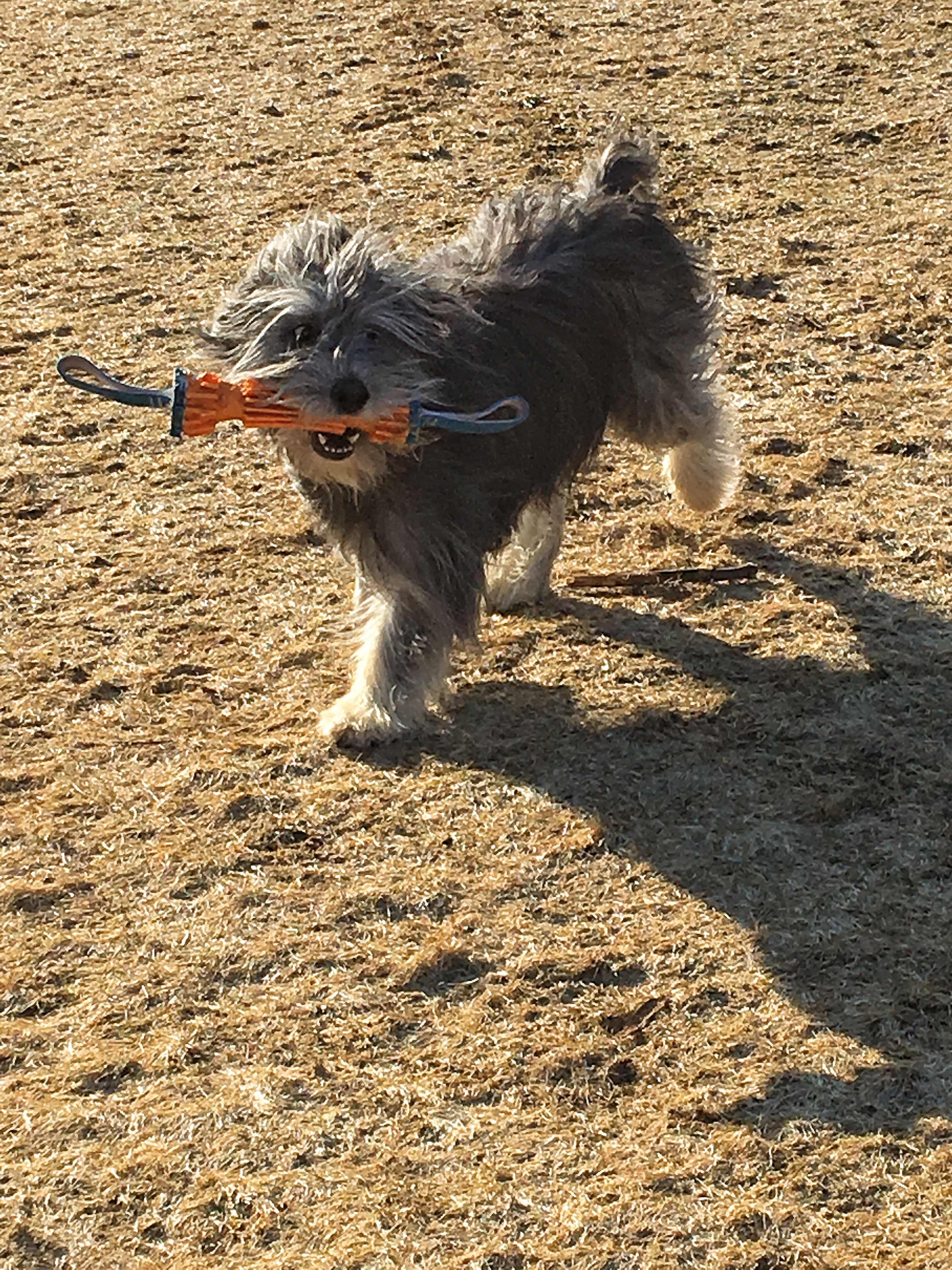 Einstein just walked around sniffing and the FG ran, rolled and did partial retrieves. 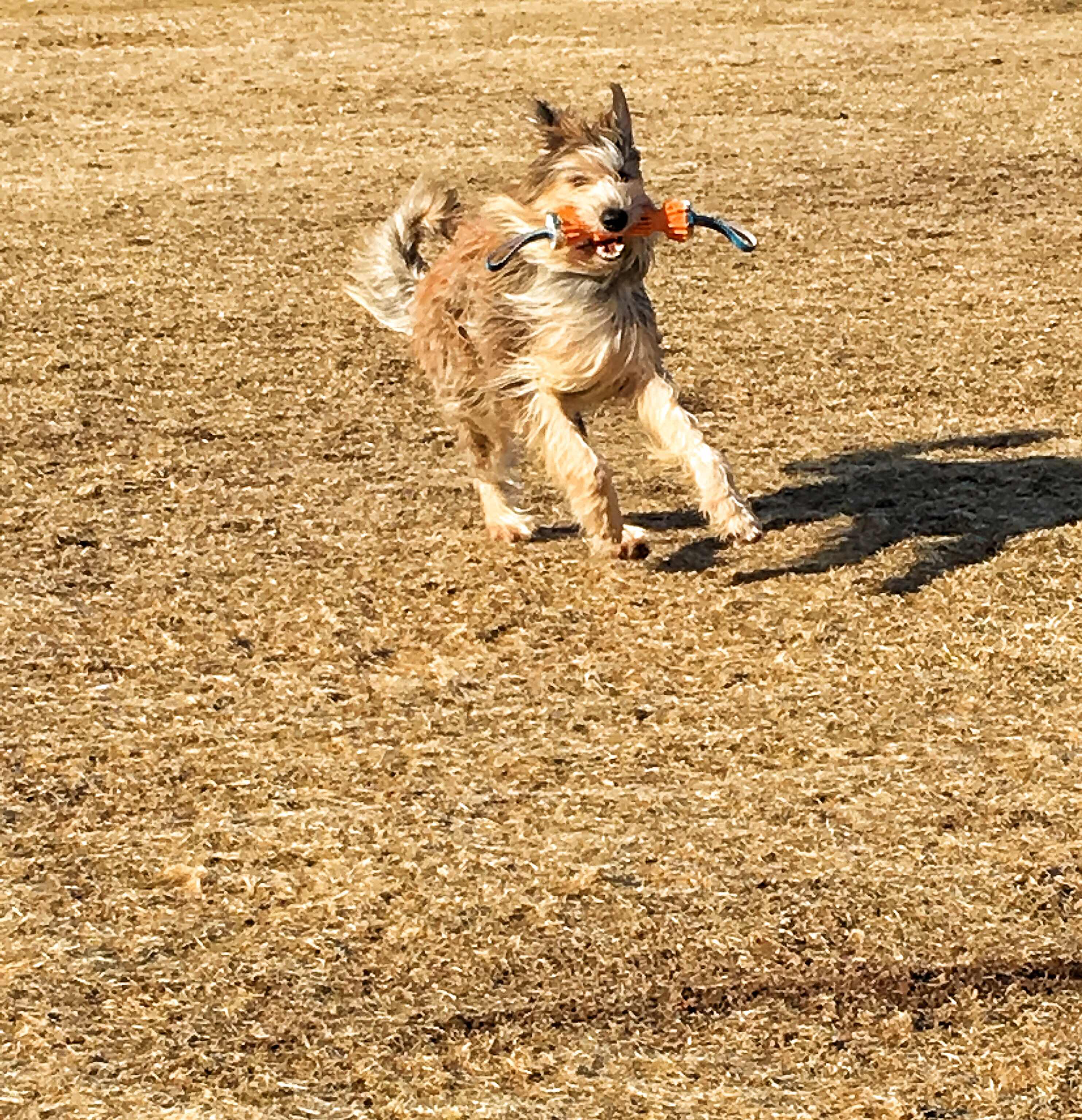 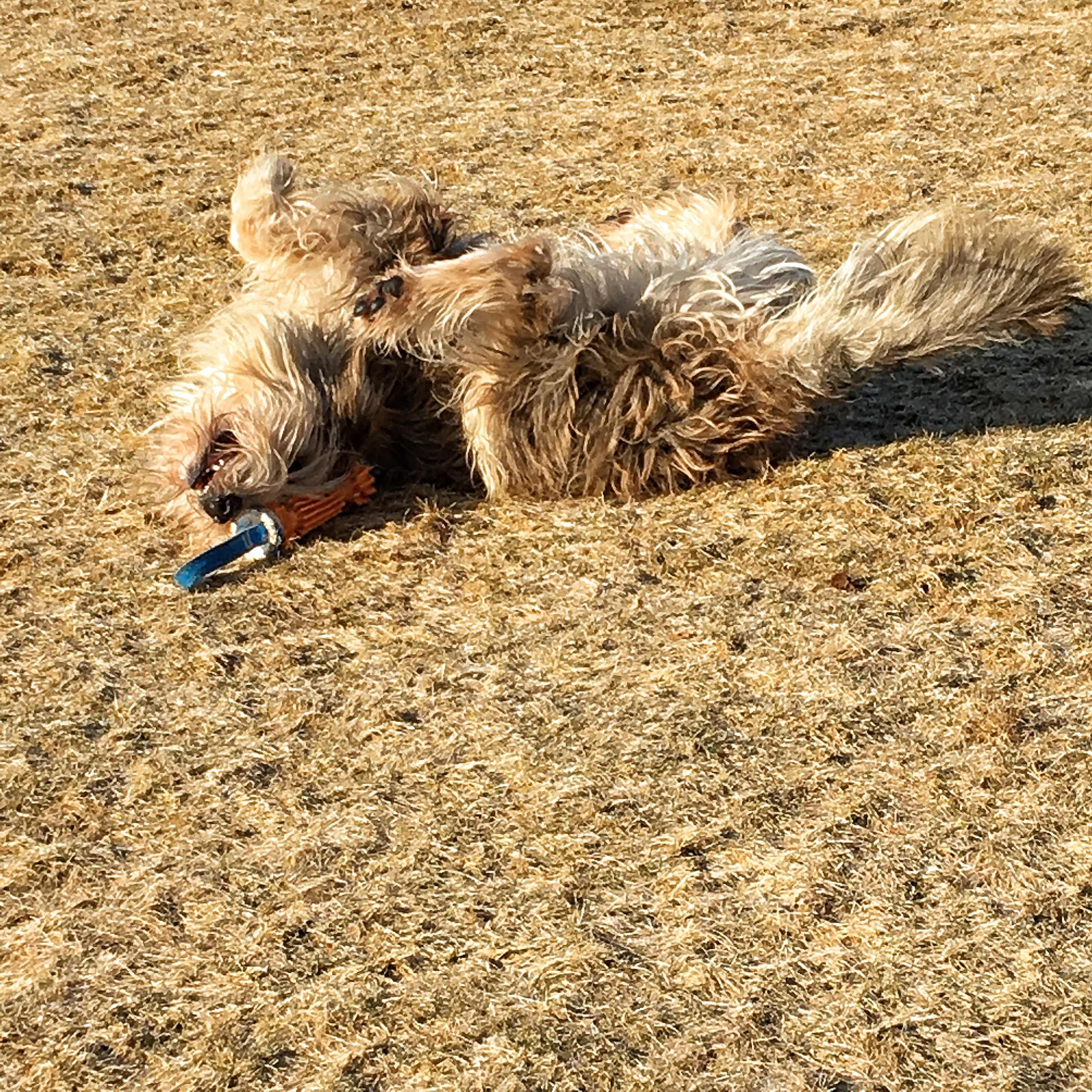 I say partial because he gets all excited when you throw the toy and he races out, but the chance of having him bring it BACK is significantly less when we are ALL playing together.  My human noticed that he is MUCH better behaved when she takes him there on his OWN.  With all three of us, his attention wanders.  He behaves better with one-on-one training.

At one point, my human decided to see if Einstein and I remembered any of our heelwork training.  She started with Einstein – but when I saw what they were doing, I had to join in.  So she did what is called “brace” work – with two dogs working together. I have to be the one closest to her -because if I’m on the “outside” I forge way ahead.  Here is a snippet of us heeling together. Note bossy Einstein telling my human how to do it in the beginning.
https://youtu.be/JtvjpwTiRMQ
You also see the FG, who had been making his way around the field, decide to see what all the fuss is about.  And Einstein informs him at the end that the treats are NOT for him.
All in all, we had a GREAT time.  All of us were sufficiently tired by the end – and very happy.  We wish Joanie lived closer – she’s a true friend to participate on our traveling circus!  And the FG didn’t even give her a partial concussion this time.
Have a good one!  Peace and paws up!
Seizure- free days: 6

One thought on “The traveling circus”