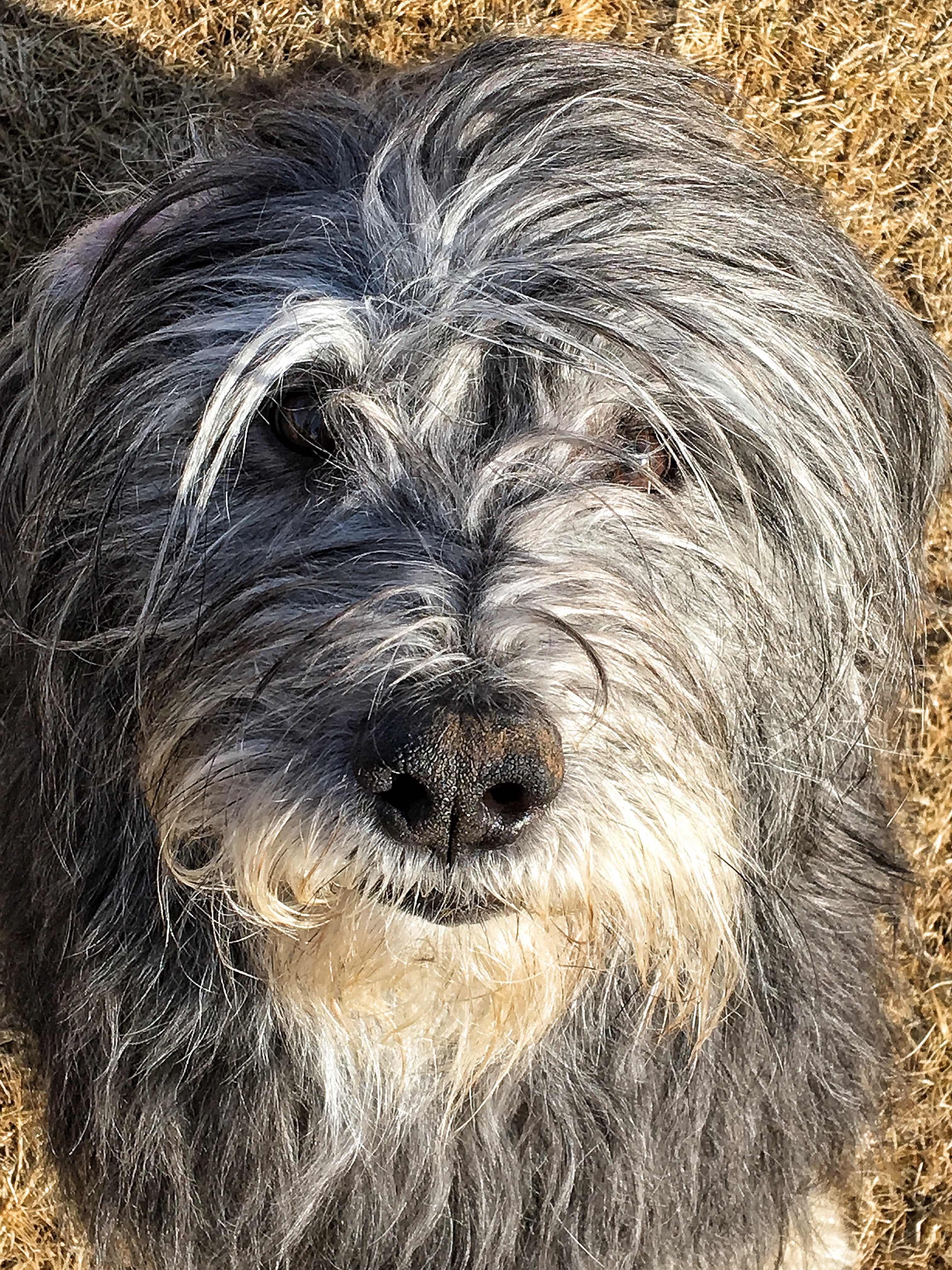 So we know how life was grand and we were relatively well behaved on our outing to the ball field….well let’s just say that it is difficult to be good for too long.  We can write this story because LUCKILY there were no adverse effects due to a minor indiscretion by me.  Oh and Einstein joined in too…

After our outing with Joanie, we came home and relaxed for the afternoon.  When we weren’t on guard duty.  Joanie headed back to her home and my human went to her mother’s place where she and her sister are finishing up their work there.  She came home at supper time, and we we were of course delighted to see her.  She took us out, and then fed us our supper.  She had run out of Liver Dust to put on the FG’s food – so since  he is THE pickiest eater in the WORLD -she took a giant hunk of cheese out of the fridge, cut up some tiny pieces and put them in with his food.  Not that this technique always works, because he has figured out how to pick out the good stuff and leave the kibble behind. But still, she tries. She also cut two small pieces of cheese in which to put my pills. She then fed us our dinner. The FG in the hall, and Einstein and I in the kitchen. While we were eating, she left us to do something in the bedroom.
She was gone a few minutes and when she returned and went to let the FG into the kitchen, she noticed something on the floor under the dining room table.  “What’s that?” she wondered.  She picked up a piece of the mystery material and realized it was plastic.  Plastic wrap.  And the small bit that was left had a few letters visible: chee…. She immediately ran to the fridge to see if the big ( and I mean BIG) piece of cheese was back where it should be. Nope.  She looked on the counter.  Nope.  And then she suddenly realized what she had done.  She left a humongous piece of cheese ON THE COUNTER.  I mean we are talking like a 1 lb. slab of marble cheddar.  The cheese and the wrapping were gone.  The FG was immediately off the hook because he had not been in the room.  So she looked at both Einstein and me and  said “Who did this?”  Both of us smacked our lips.  Probably not the brightest move.  So then she got on her phone and went to replay the video footage on Big Brother.  She scrolled and scrolled.  And then she found the evidence.  She saw yours truly go into the kitchen.  And she KNOWS that sound when two of my feet are on the floor and the other two are grasping for the counter.  And then she saw Einstein run into the kitchen.  And then yours truly marched into the dining room, with my sidekick close behind.  And I was carrying the cheese. It was initially a bit challenging to get that wrapping off – but not to worry, between the two of us, we were successful.  She was suprised at how cooperative we both were.  And she watched as we ate big chunks of cheese.
Later that evening when we usually beg for a before-bed snack, she shook her head and said “no way.” She dreaded the next morning when we went out for our walk.  But no problems were noted.  And when she came home from work, she held her breath as she came in the door, waiting to see if the cheese had reappeared in a new form.  But thankfully, no.
So despite our dietary overindulgence, we were fine.  And my human’s relief helped to outweigh her “disappointment ” with our counter surfing behaviour.  I’m thinking she won’t be making that mistake again soon.  But we’ll keep checking…
Have a good one.  Peace and paws up!
Seizure-free days: 7