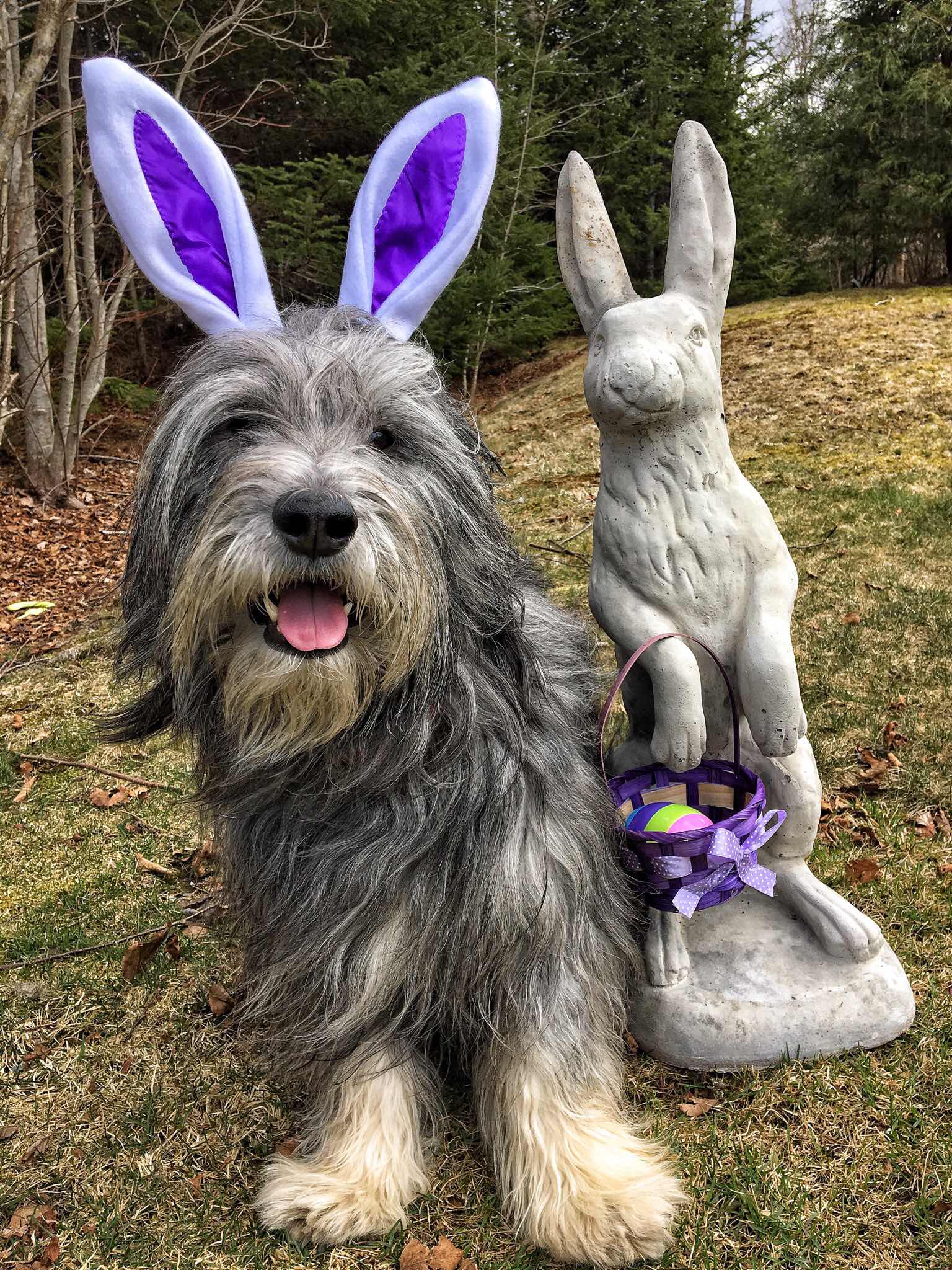 The day before Easter.  And it seems appropriate that a Polish Lowland Sheepdog

should tell you about a Polish Easter tradition – at least one that my human practiced when she was growing up.  When my human was a kid, the day before Easter, the family would take a basket to church to be blessed – with food to be eaten on Easter Day. The food included Polish sausage, ham, bread, eggs and butter – in the shape of a lamb.  The butter lamb was a common thing in Buffalo where she grew up, and you could easily buy one at Easter time in any grocery store.  Which leads me to the story of our entertainment last night….
The priest at our church is Polish.  So my human mentioned to him the practice of blessing baskets – and he agreed he would happily do that for my human and her sister.  Great.  They can easily get the sausage, ham, eggs and bread at the market, but let’s just say that butter lambs are not exactly a common sight in Nova Scotia.  So last night, my human and her sister decided to make a butter lamb.  First, they sequestered us canines in the front hall – as the thought of dog hair flying around while they were sculpting butter was not all that appealing.  I’m not sure why.  But we watched through the French door, and noted that wine was used during the production.  AND there was a LOT of laughter.  They cut the butter and attached two pieces to form a head and body with a stick.   And then they began carving the lamb. The only problem was the fact that the lamb had a stick coming out of his head, which they could not remove.  They strategized ways to perform neurosurgery, and were finally successful at cutting the stick without decapitating the lamb. At the end they stepped back to look at their work.  Yup, it was an animal.  For sure.  BUT, he bears a striking resemblance to a Picard.  And more than one person mentioned that when they posted his photos on-line.  I think it’s the ears.  And you can’t blame my human – her sister was in charge of the ears. But they didn’t dare try to change him – or the ears would fall off. 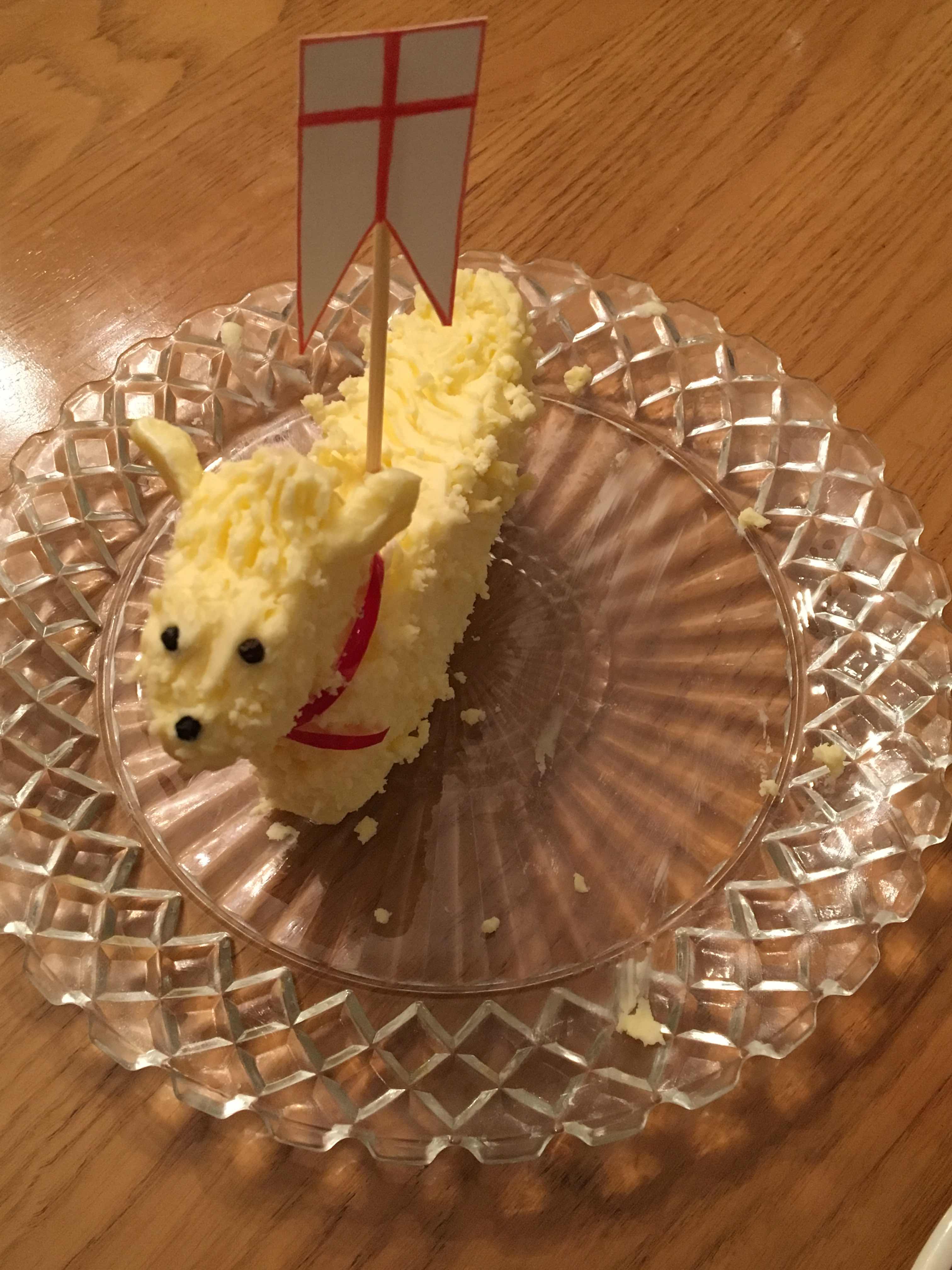 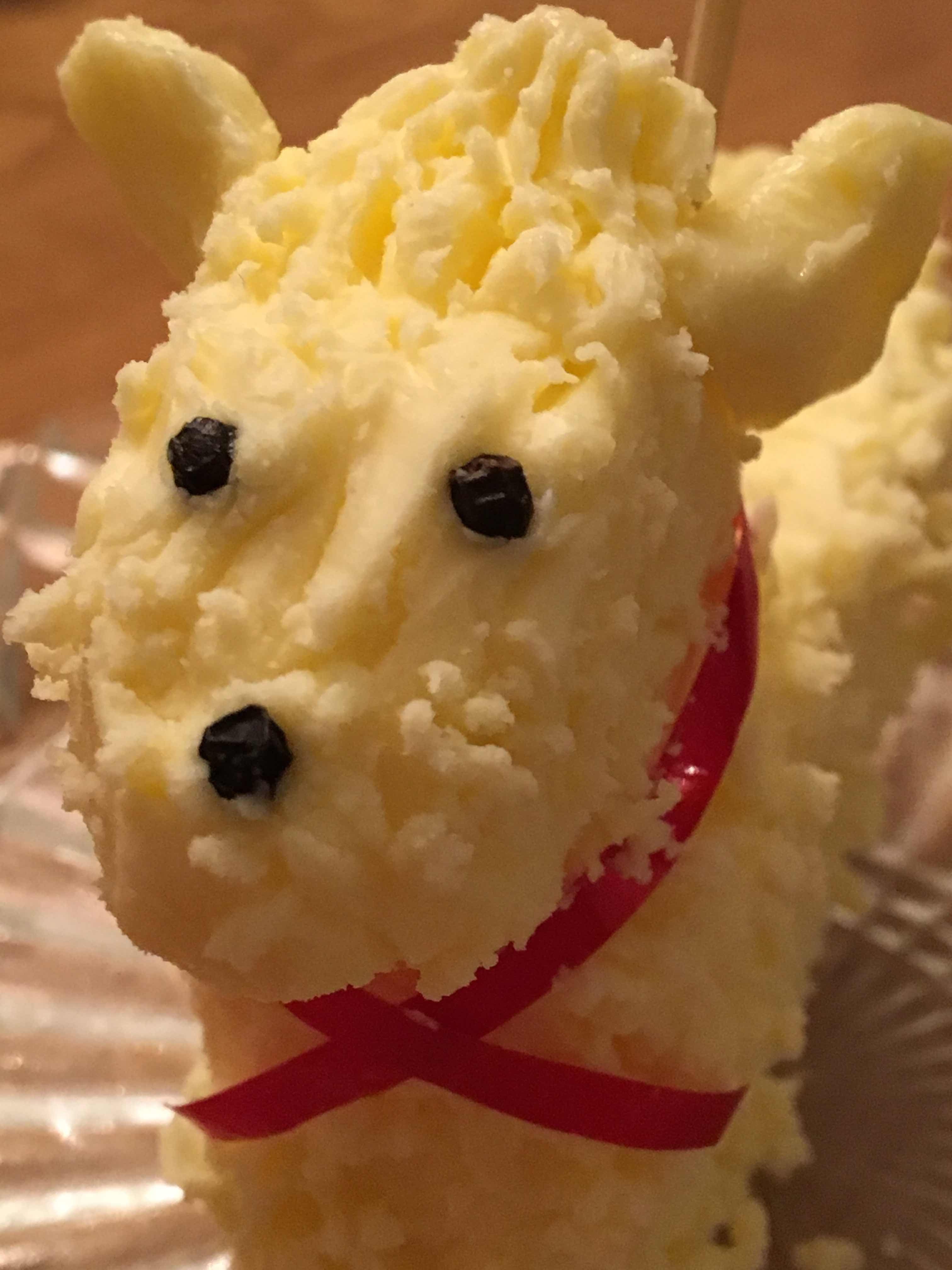 Next year, I vote that they make sausage too.  Now THAT I want to be involved with.  Would that not be a dog’s dream come true?  I also am curious to see if WE get to share in the basket this year too?   We better – we’re family and we believe in tradions too.  Especially if they involve food…
Have a good one! Peace and paws up.
Seizure-free days: 3