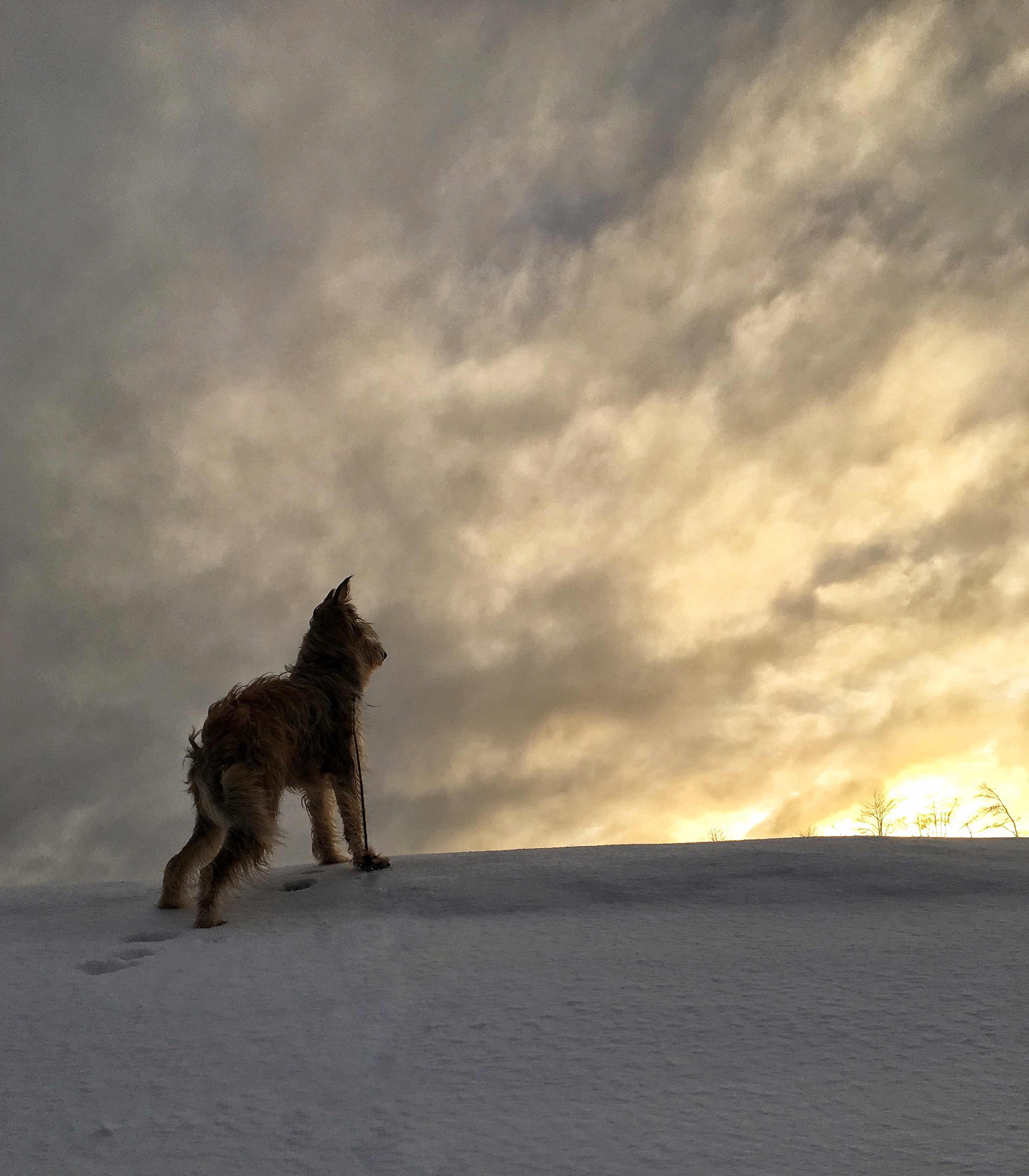 March 30.  And on this day in 1987, Vincent van Gogh’s painting of “Sunflowers “ sold for a record breaking $37.9 million or 22.5 million pounds.  That’s a LOT of dog biscuits!!!! Vincent painted some amazing stuff, but like some artists, had a rather troubled life.  Like the cement bunny that the FG knocked over last year, Vincent lost an ear too.  But Vincent didn’t lose his because of a Picard. ( By the way, the ear repair that my human did last year still appears to be holding up.  The heavy hare wasn’t moved inside this winter- but his ear is still standing.  For now.)  Anyway, Vincent painted just a few dogs in his life but they didn’t really figure prominently in his art.  And some say if he had owned a dog, he might have been a happier guy.  I couldn’t actually find any evidence that Vincent owned a dog – yet I found the following quote which is attributed to him.  I’m a bit doubtful- but hey, I found it on the internet- so it must be true.  Just kidding!!! Still, the quote is good- and if someone else wrote it, I’ll make a correction.  Dogs can’t be sued for copyright infringement, can they?!  I’ll be starting a crowd funding page for bail money… 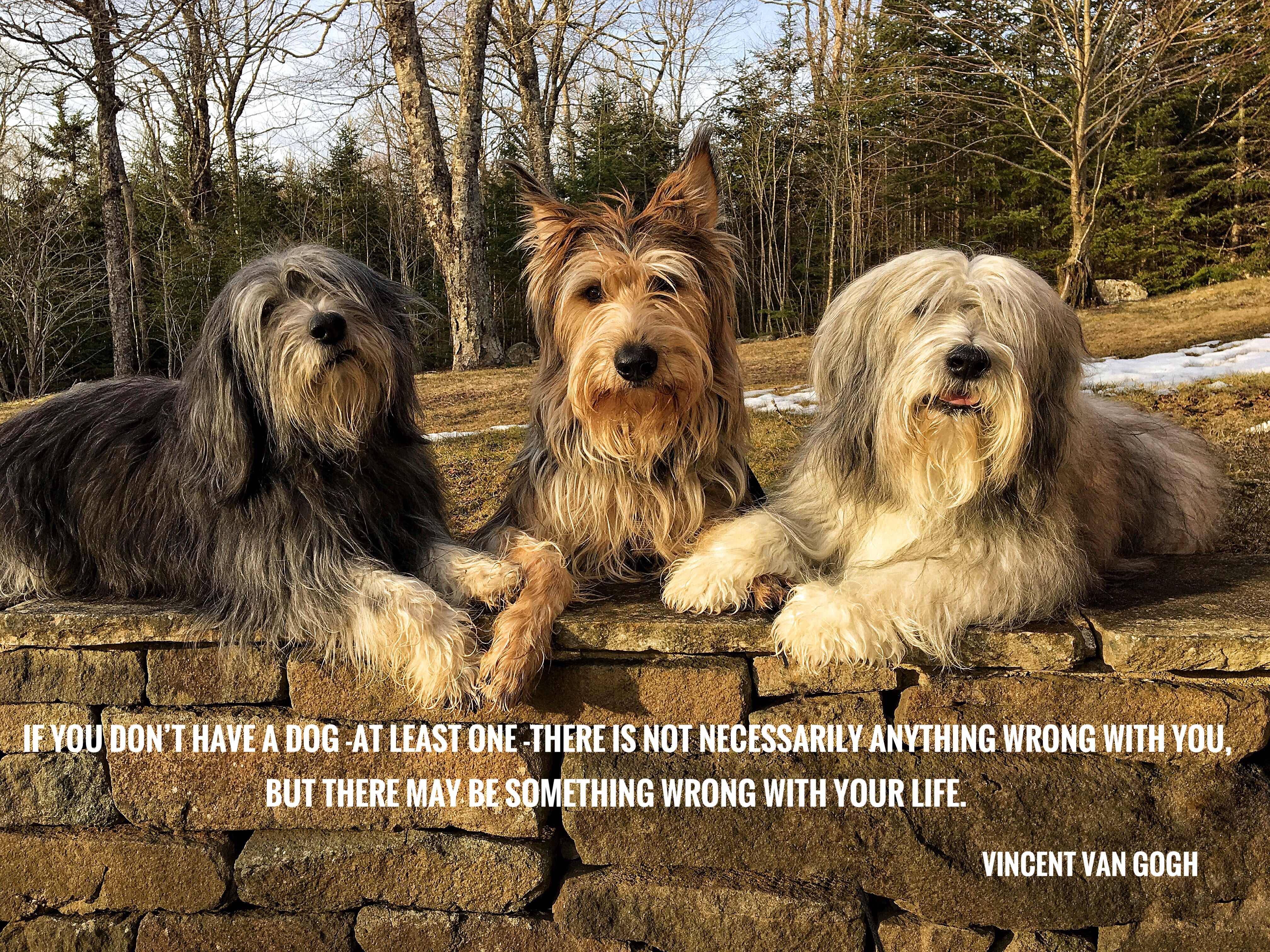 Today is Good Friday- and it is also the start of Passover.  Two important religious holidays.  Whether you celebrate one or the other – or something different- I believe that the message behind many religions is the same…there is someone who watches over us and who loves us  – and rather simply, we should BE GOOD to one another.
And that includes NOT making canines wear rabbit ears.  Hint hint.
Have a good one.  Peace, paws up… and be good.
Seizure-free days:2