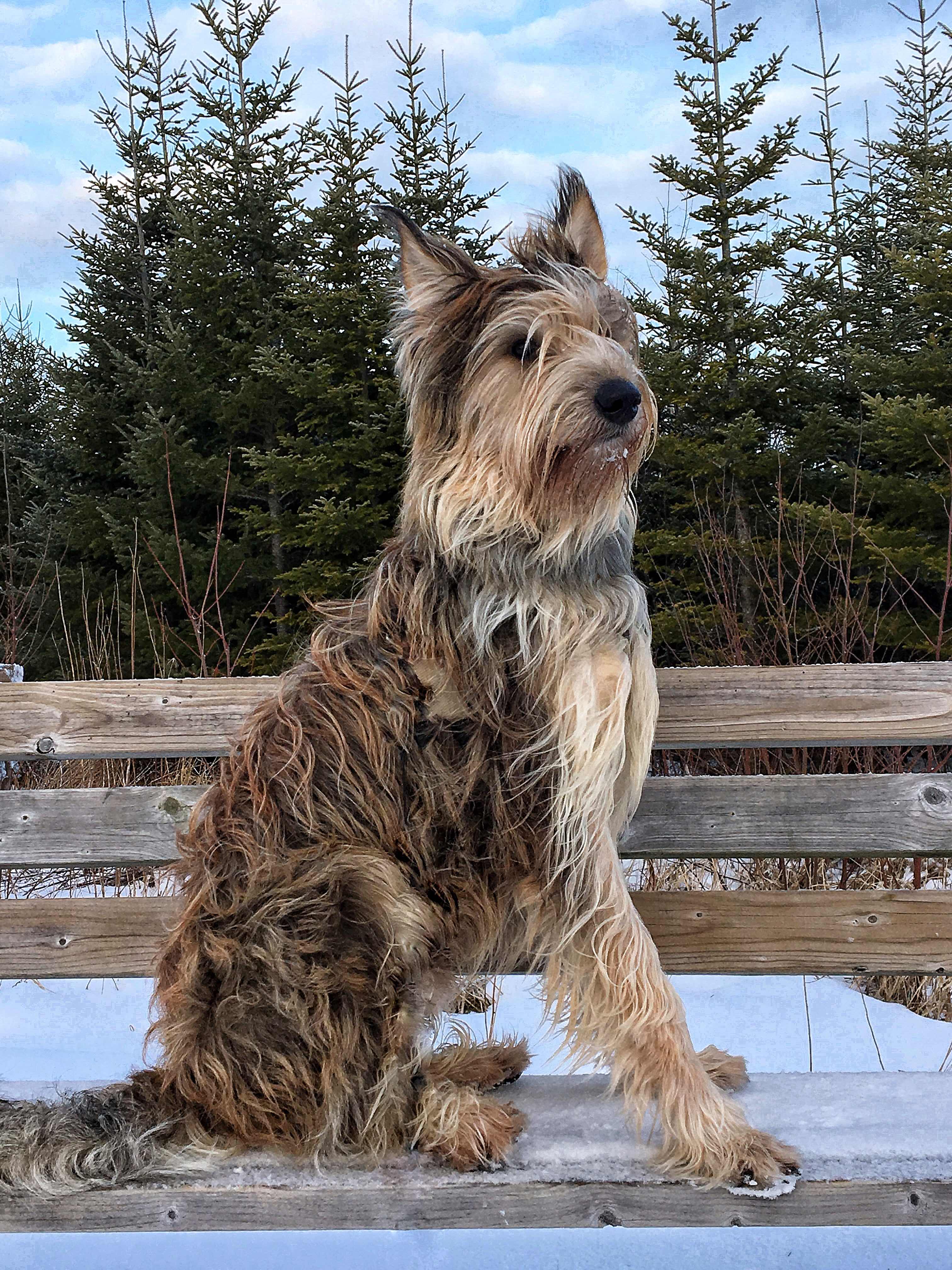 Time for some fun news for a change.  For those humans who use Google maps, you know how convenient it can be to find a place where you are going.  And the street views option can be extra helpful to see what a particular location looks like.  But did you know that in Japan, there is a dog’s eye level street view?  At least in one area -Odate City, in the prefecture of Akita.  Which is understandably the home of the Akita dog breed.  It seems they strapped some cameras on some Akitas – so they could provide a view of the city, from a dog’s perspective.  Here is a video showing what they did:

I want Nova Scotia Tourism to hire me to go around and give a dog’s eye view of famous landmarks here!  I’ll work for biscuits!

My human was looking at one of those sites that lists all kinds of dog breeds according to their attributes.  Like “the 10 Quietest Dog breeds” (PONs did not make that list – Golden Retriver did.  My human has friends with Goldens – and trust me – it’s not silent when you pull up to their door); “10 breeds that don’t mind the snow” (we weren’t on that list either- but go figure, the Alaskan Malamute made the list- surprsie.);  “The smartest breeds” (another list we didn’t make- but of COURSE, the Border Collie did – and so did something called a Jindo.  I’m not on the smart list so I had to look it up.  It comes from South Korea);  “10 breeds with the longest life spans” (which included small breeds like Pomeranian, chihuahua, yorkie, toy poodle and the not so small Australian shepherd?),  “10 breeds hardest to train” ( we didn’t make this list -surprise, surprise! – but Bassett Hound, Chow-chow, Afghan,  Pekingese, Pug, Basenji, Bloodhound, Mastiff, Dalmation and Beagle did!),  and “10 breeds that don’t stink” (which included the Dalmation, the Basenji and the Beagle – so although they won’t listen to you, they smell good.  Phew).  But my favorite category – the “5 most dramatic dog breeds.”  I’m not kidding.  Now if anyone has seen Einstein on a grooming table, you would be CERTAIN that PONs could make this list.  But no – it was Dachshund, Pug, Beagle, Chihuaua, and Bassett Hound.   A dramatic Bassett Hound?  Who knew?

Personally, I think these lists are a bunch of hooey.  Who makes these things up anyway?

I’m starting my own lists.

As I said, these lists are far from scientific.  And SOMETIMES they MAY have some truth to them, but the novice dog owner may not know that these lists are sometimes pretty sketchy.  If you want to REALLY find out about the attributes of a particular breed, look on the web for a breed’s club.  I THINK there is at LEAST one club for each breed out there – and those sites usually have THE best info about a breed.  For example – here is a PON club:

I’m not sure that an average pet owner would necessarily know that these clubs even exist.  And the clubs are NOT just designed for people who show their dogs.  If you care about your breed – and want to share info with others who have the breed – they are a great resource.

So that’s MY plug for today.  Now excuse me while I go and stare at a Picard. Who is staring at his food dish….

Have a good one. Pecae and paws up!
Seizure-free days: 1