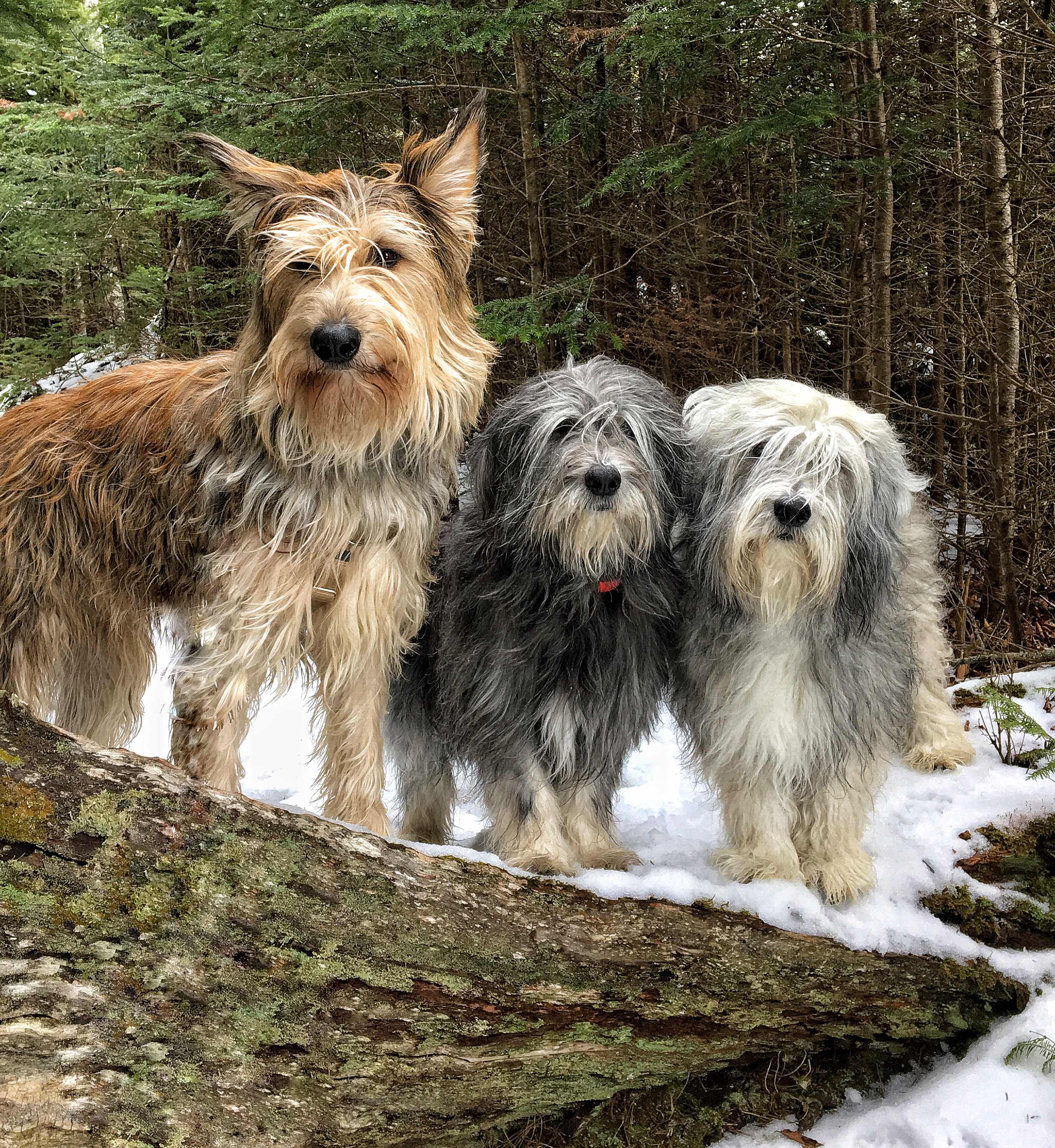 The day before yesterday, my human took the FG up to the baseball field for a run.  And he was well behaved – and responding pretty consistently to the whistle.  So yesterday, she decided she would take a chance.  She took him up to the golf course.  She put him on a long line.  And with bated breath, she let him run FREE.  She had taken the fetch toys with her – and she was shocked when he actually brought them back.  Well, within 5 feet of her.  And guess what?! She never even had to use the whistle!  He ran around, and repeatedly came back to her.  There was no disappearing act.  No running away in a “chase me”game.  He was, dare I say this, well behaved.  They came home, and my human was thrilled.  FINALLY.  She had three well behaved dogs.  She has been taking Einstein and me down to the lake each day off leash and we have been the picture of well behaved dogs.  And when we went to the course last week with Jackson, again we were good dogs. My human was smiling and thinking just how wonderful we all were.  It didn’t last long….
My human and her sister have been busy emptying her mother’s apartment.  Right now our house and her sister’s house look like a cross between a crowded furniture store and an episode of the TV show Hoarders.  I’m sure it will all be settled and organized.  Some day.  They have been at this for days.  So yesterday, after our walks and breakfast, she announced that she was again going to her mother’s place.  And she did something in her haste to get moving.  She let Einstein and me out for a quick pee – on our own.  Mind you, she was standing in the doorway.  I’m not exactly sure whose idea it was to take off, but suffice to say, she watched in dismay as BOTH of us took off up the driveway, and disappeared into the woods.  All the shouting of “TREATS” didn’t make a difference.  We were on a mission to go to the neighbor’s house and to visit with their Lab, Hudson.  Even though he wasn’t outside.  My human figured that was our destination – so she threw on her coat and raced up the driveway and down the road.  She started walking down the neighbor’s driveway and spotted us heading the opposite direction – back toward our house.  So she raced home in a panic because although we were headed for home, she had left the garage door open.  The garage.  Where the dog food is stored.  Sure enough, as she was running down the driveway, she could hear the banging of bins as someone was attempting to knock down the food storage container.  She shouted and Einstein raced out of the garage. He didn’t want to be caught.  In the meantime, I was jumping and throwing myself at the bin in an attempt to make it fall over – so I could feast on the food.   My human ran in, grabbed me by the collar, and marched me into the house.  Einstein snuck in behind me.
So.  There you have it.  JUST when you THINK we might all be good – well, we prefer to keep things interesting.  I actually like to call it “rotating badness.” We are rarely ALL bad at the same time.  And to think we could ALL be good at the same time just doesn’t make sense.  Never a dull moment.
Have a good one.  Peace and paws up.
Seizure-free days: 15