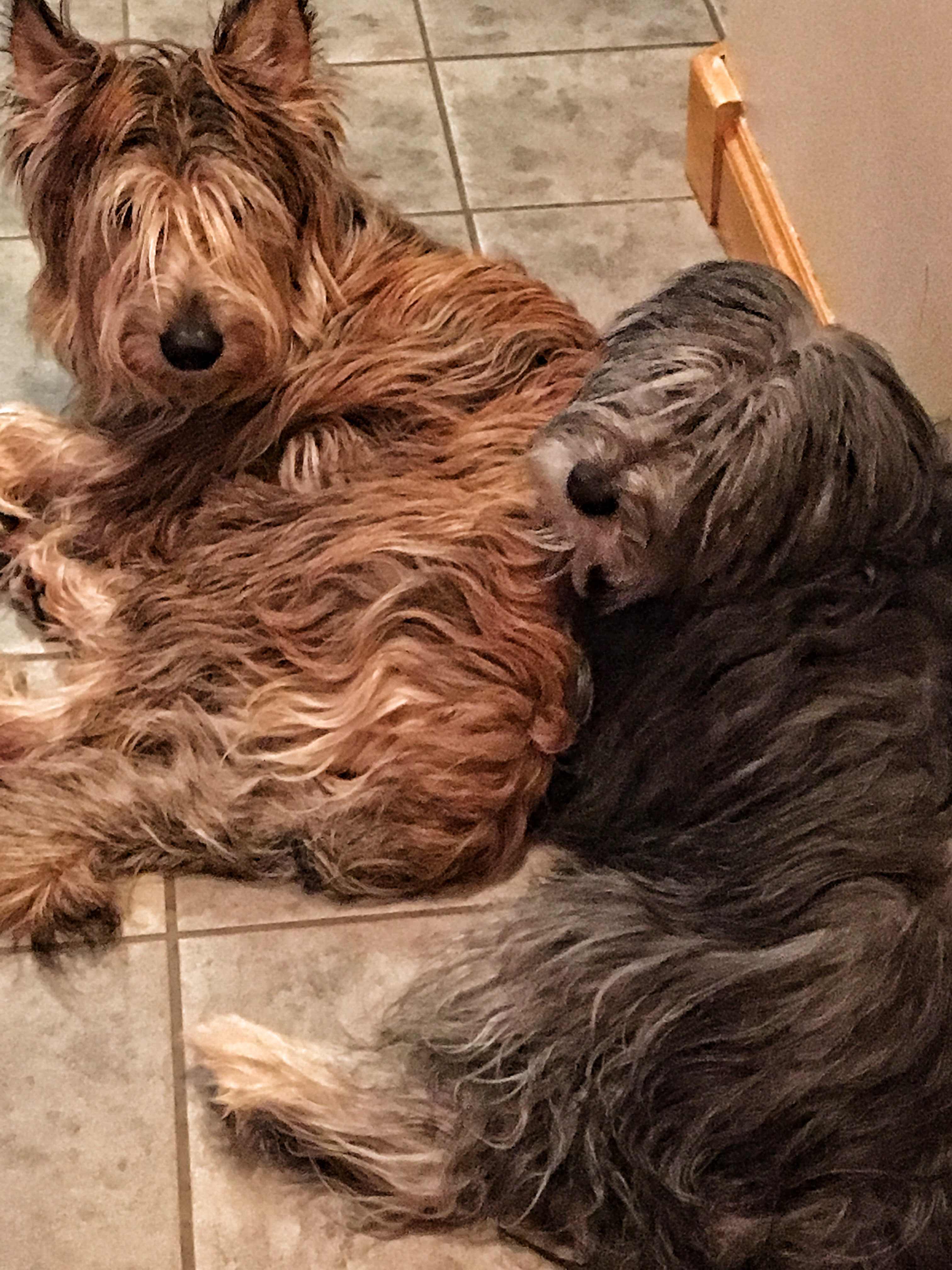 Yesterday, my human came out of her bedroom and was met with a “wonderful sight” – in her eyes anyway.  She opened the door and there were the three of us, waiting for her to come out.  That wasn’t all that interesting,  What WAS interesting, was the fact that I was all comfy cozy – practically resting right on top of the FG.  Moments like this are remarkable, because there was a point that my human never thought she would see us relaxing so closely together.  As you may recall, when the FG arrived, I was less than overjoyed to see him.  And really, it was shortly after his arrival that my seizures began. My human started thinking that the change in routine and the stress I was feeling was just the catalyst that triggered the neurological patterns in my brain to begin misfiring.

It has taken over a year for me to truly accept the FG – and the fact that he is not going back where he came from! I am totally tolerant of him – even at 4AM when he begins squeaking and barking at me, doing play bows in an attempt to get me to play with him.  Remember how we even shared a stick last week when we went to the baseball field together?  Now admittedly, I don’t TRY and play with him – but then, I really don’t try to play with Einstein either.  When we went for our walk with Jackson the other day, it was Einstein who chased Jack around – I was much happier following the humans – because they had treats.  And I guess I’ve probably always been this way – it’s not that I dislike other dogs – I’m happy to see them and greet them, but that’s enough for me. So getting used to Mr Sociable – the FG – has been a long process. But I dare say we are “good” – and I’ll even sleep in his crate if the door is open – and he’s not in there.  I draw the line at overly comfy cozy.  That would really be a bit much.
So seeing us like we were yesterday, really makes my human happy.  And she has begun leaving us alone – all three of us – with the FG out of his crate, more and more often.  She was concerned about me having a seizure- and not knowing what the FG would do – and it still is a consideration.  But given that I don’t typically have seizures ( when I have them) in the middle of the day, she is feeling more comfortable in leaving us all together.  And so far – so good.
So I guess that old saying, used by a ketchup company is true – “good things come to those who wait.”  And in our household, this is very good indeed!
Have a good one.  Peace and paws up!
Seizure-free days: 13