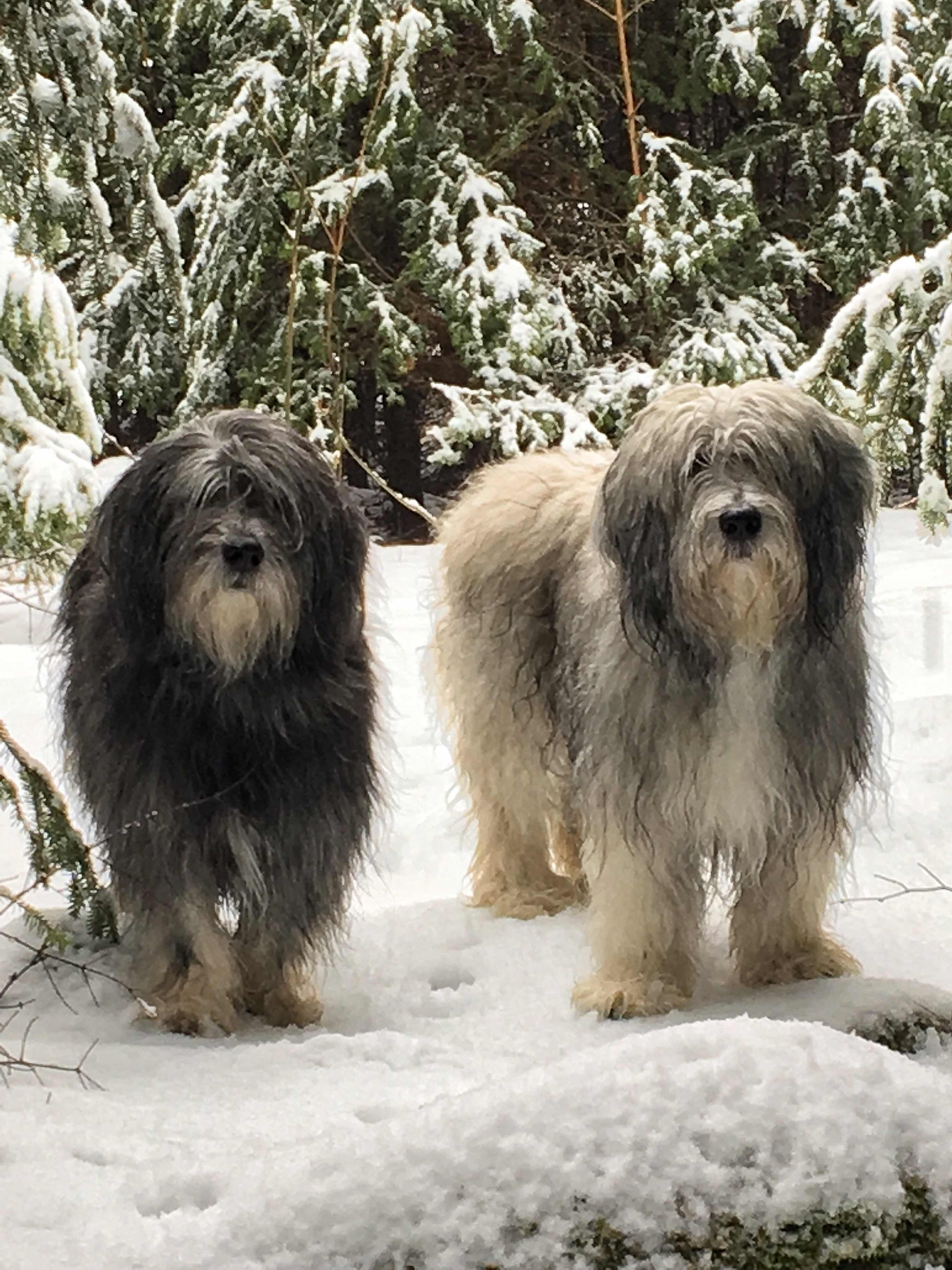 Well who knew that the dogs in this household are not the only dogs in the world who find dryer lint delectable.   SEVERAL blog readers indicated that their PONs are closet lint lovers.  I didn’t hear from any Picard owners or other breeds for that matter, but I can’t imagine that JUST PONs are fuzz aficionados.  I DO recall that Paxton was a dog hair and dust bunny fan, but, come to think of it, I don’t recall him munching on the dryer lint.

Now while this may seem humorous, there is a darker side to our fabric fondness.  Too much of a fuzzy feast COULD lead to an obstruction- which would NOT be fun.  In addition, if you use dryer sheets or fabric softener, the chemicals in those products can be toxic – so they are no laughing matter.  My human doesn’t use those products – so we enjoy organic, an naturel lint.  We also do not (luckily) swallow the wad whole, but rather we chew and enjoy our lint – so we have been lucky NOT to have an obstruction.  Admittedly, we do have some rather stringy, colourful poop.
So, did you hear about the assault case?   Somebody beat up the groundhog.  Yesterday we had, what my human predicts, hopefully will be the LAST snow for the season.  Her sister was over, and could not drive her car up our luge run driveway.  A first for this year. The problem was that we had snow, which turned to freezing rain.  And then rain.  If you ever wanted to see two pathetic looking PONs, take them out in WET heavy, slushy snow.  Einstein trudged along to the lake, and only moved quickly as we were headed for home. The FG didn’t care about the wet snow dropping off the branches.  He doesn’t mind any kind of weather. He’s tough.
Time to get my human moving.  She hasn’t had nearly enough exercise in the past few months- so we are setting her up with a new fitness routine. And it happens to involve even MORE walks for us!  Aren’t we thoughtful?
Have a good one.  Peace and paws up!
Seizure-free days: 11