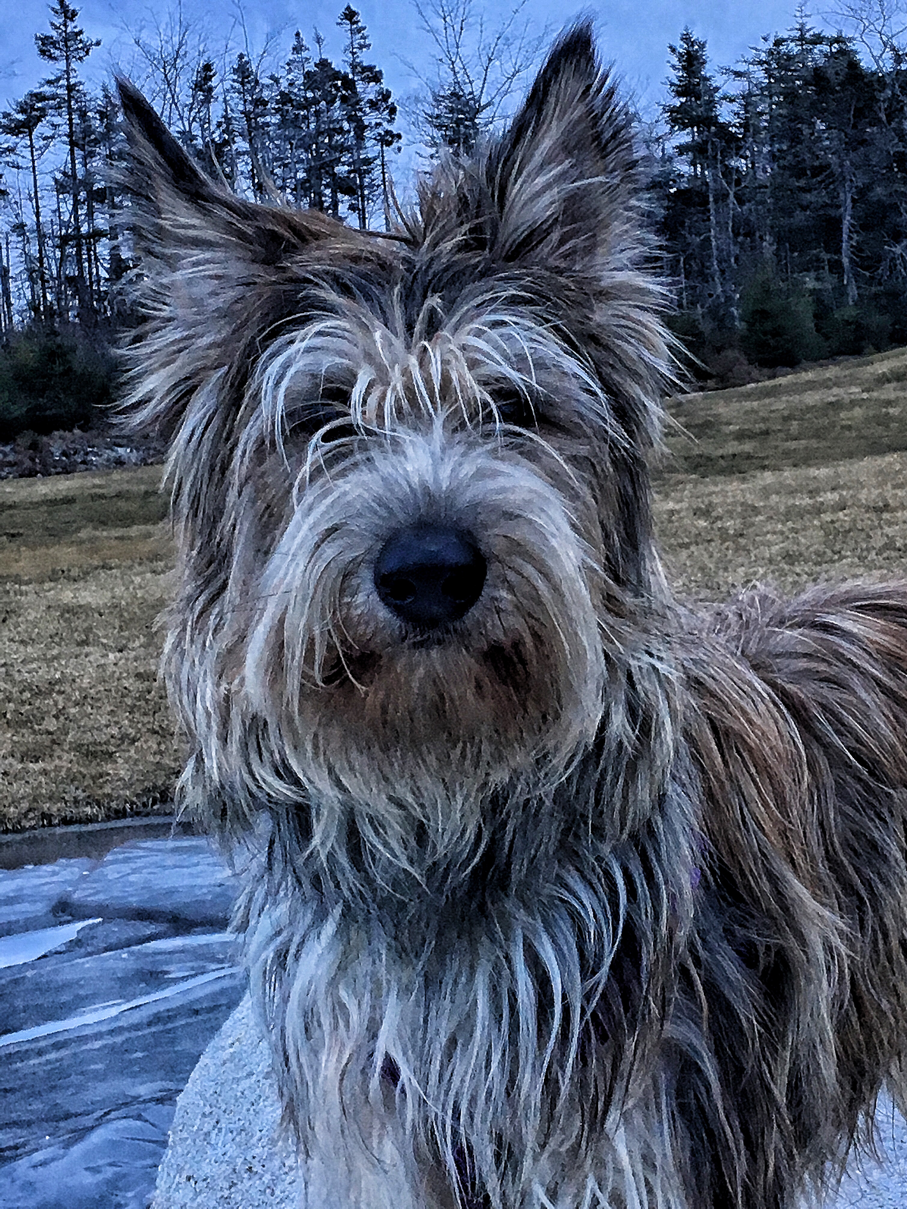 The FG went to his “handling practice” yesterday. When he and my human arrived, his brain exploded.  He was SO excited, he was standing in the vehicle, after he got out of his crate, and he suddenly jumped and ended up doing a belly flop on the pavement.  My human watched the thing in slow motion and for 1/1000th of a second was sure he was broken.  But like those little toys that you push in the bottom, and they collapse – he immediately jumped up – just like those toys when you let go.  He dragged my human to the nearest snow bank to have a pee and basically could not control his excitement.  His fiesty friend, Jerome, a Boston Terrier who thinks he is ten times the size of ANY dog – arrived and the FG wanted nothing more that to paw him in the face.  In an attempt to play, of course.  My human dragged the FG into the facility, and quickly took off her coat because she was already sweating.  And they hadn’t even begun the session.

My human thinks handling classes, although they are really good, are the longest hour of her life.  As soon as the FG got in the room, he dropped to the floor and dragged himself and his face along the rubber flooring.   My human had to heave him up.  By the time everyone assembled, and they were ready to begin, the sweat was really pouring off her.  Good thing she had LOADED her pockets with THE best treats ever.  At first the FG didn’t even CARE about the treats, but he quickly figured out that he might as well try a few.  My human, in her effort to keep him standing, rather than rolling on the floor, kept plying him with treats.  Anything to get his attention.  By the time it was his turn to be examined by the judge, he was finally starting to settle down.  The thing about the FG – he enjoys the “moving” part of the beauty pageant.  He likes running back and forth and around the ring.  It’s the standing and waiting for your turn that he finds a bit boring.  And the reality – when there are lots of dogs in a show, there IS a lot of standing around.
All in all, despite the rather explosive start, he didn’t do TOO badly.  And when they were all done, he happily jumped back into the vehicle.  And when he got home, after Einstein and I sniffed him all over, he was ready for a good nap.
It was suggested that he is ready to get back into the ring at a REAL show again.  Maybe – but not until after my human stocks up on antiperspirant…
Have a good one.  Peace and paws up!
Seizure-free days: 24