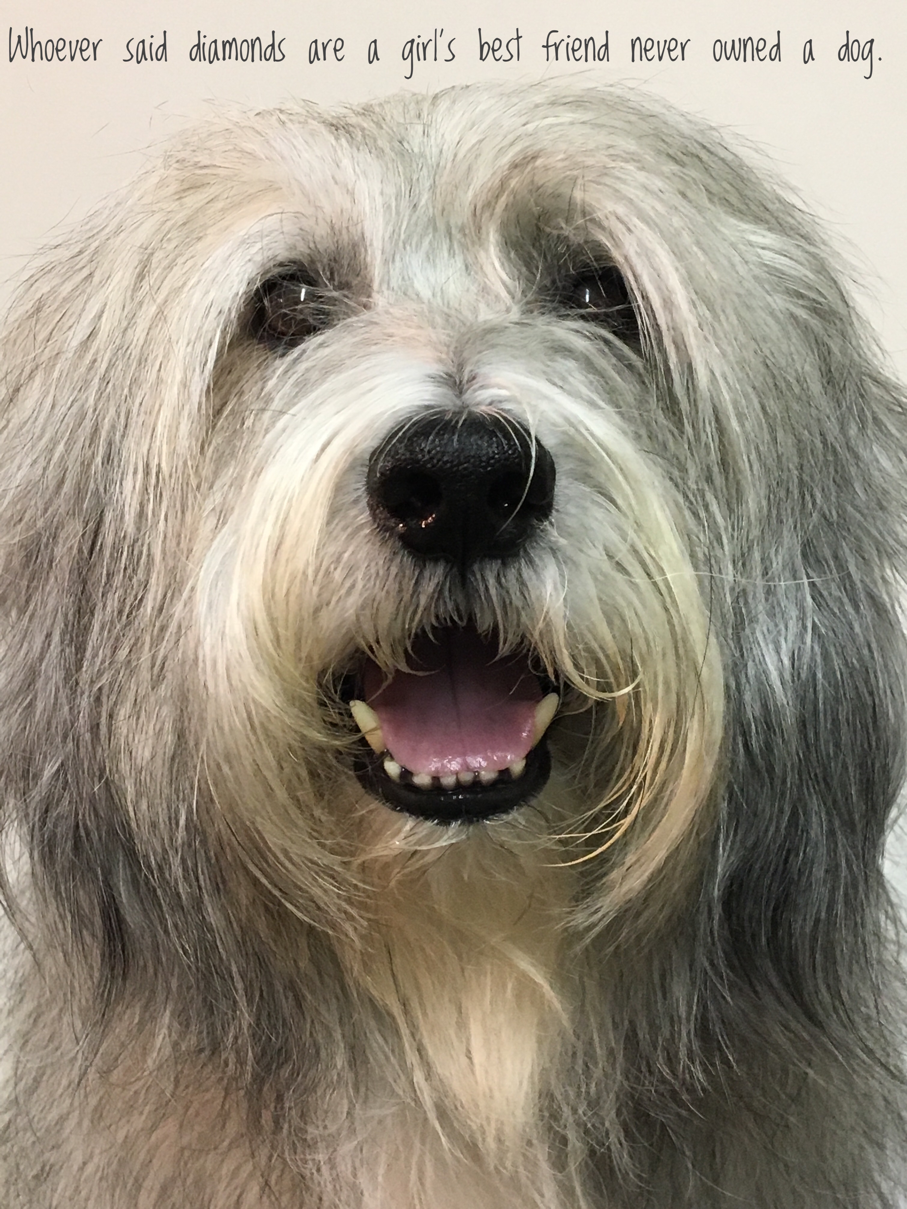 January 29. A national holiday.  Because it is the birthday of a very famous canine.  None other than my brother, Frodo.  Who I prefer to call Einstein.   Yup my older brother turns 8 years old today.  My human still remembers the day she met him…

She had been owned by Bernese Mountain Dogs and a Lab for many years, but she decided she wanted to learn more about PONs – a breed she had been introduced to many years before.  So she went to visit a breeder here in Nova Scotia.  She just went to “meet the dogs” not knowing that the breeder happened to have puppies… So she went in – and well, the rest is history.  It was love at first sight.
Einstein and my human accomplished something she had never been able to do before – she showed him in beauty pageants and he got something called a Championship.  He also got an Obedience title with some pretty impressive scores and a Rally Excellent title – where he also got lots of ribbons.  My human thinks that Einstein is the easiest dog she has ever trained.  Except for the barking. For example – they have this little routine.  She goes into the garage to get our food.  Einstein barks.  She throws open the door and says “be quiet.”  He waits for her to shut the door.  Then he waits until he hears she has stepped away from the door. And he barks again.  She runs back, throws open the door and he stands and stares at her.  Yes.  This happens almost every day.
Yesterday when she was ready to get  in the shower, Einstein started barking.  Like every ten seconds.  So she went to see what the problem was.  He was just standing there and barking.  For what appeared to be no good reason.  She told  him she was going to shower.  As soon as she was in, he started up again. She got out of the shower and wondered if he needed to go out.  He was sitting by the French door that goes into the hallway.  I should note, that the FG is fed in the hallway.  And if he doesn’t finish his food, my human picks up the bowl and puts it away – which she had done that morning.  So thinking, that Einstein wanted to go out, she opened the door to the hallway.  And he raced in to get a single piece of kibble that the FG had dropped on the carpet.  And that’s why he was barking.  No point in seeing good food go to waste…
While he MAY seem to be the perfect dog (except for the barking), he IS a typical PON and he DOES have a mind of his own.  But he and my human really understand one another, and she can pretty well predict his behavior – even his bad behavior!  She knows if he will run off – when he hears another dog – and she knows exactly when he will come back.  He’s friendly, but not exactly sociable.  When he gets to know you, he’s your best buddy, but before that he has to be sure he wants to bother spending time with you.  He is also THE best watch dog in this house – sounding the alarm for any type of deliveries.  He tolerates grooming but can be rather dramatic about it.  He attempts to hide when my human calls him into the garage – aka grooming torture palace – and the thought of a bath – or going out in the rain, is enough to make him run away.
Einstein is excellent with me and with the FG and he is CLEARLY the boss in this house. Well I suppose after my human.  Then again…maybe not….
Happy birthday big bro. 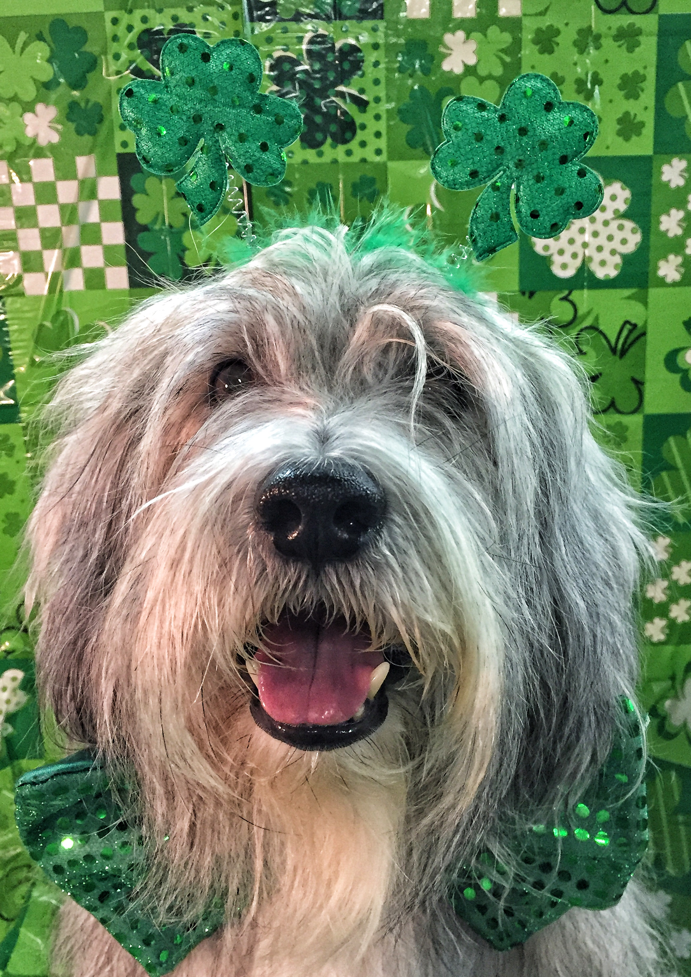 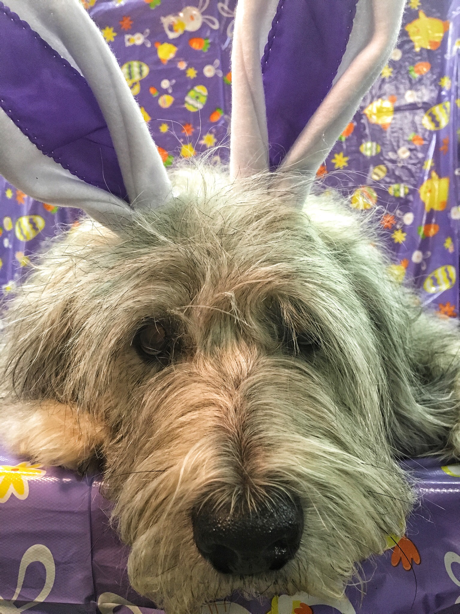 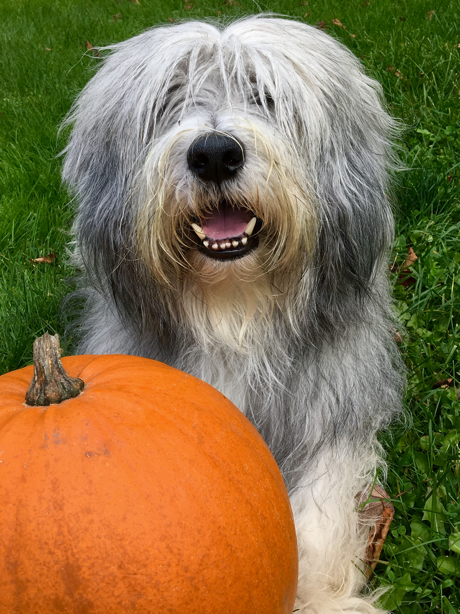 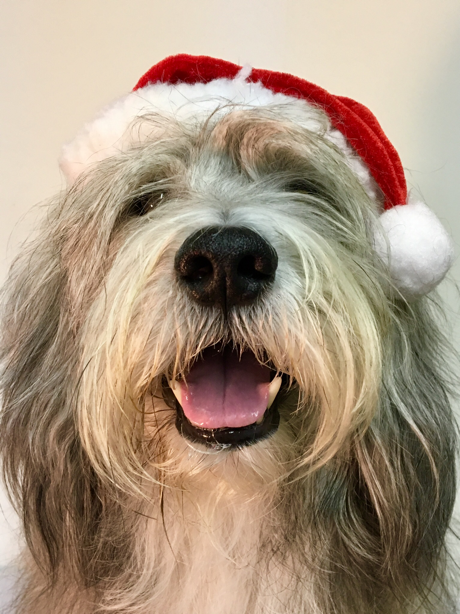 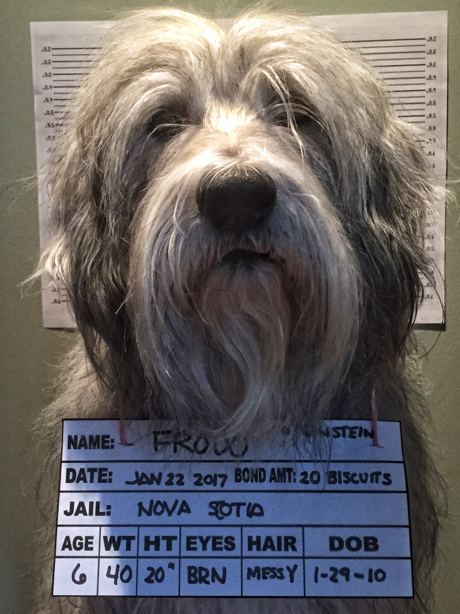 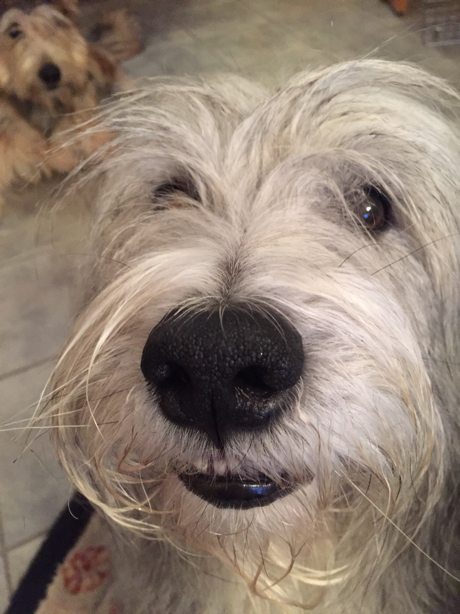 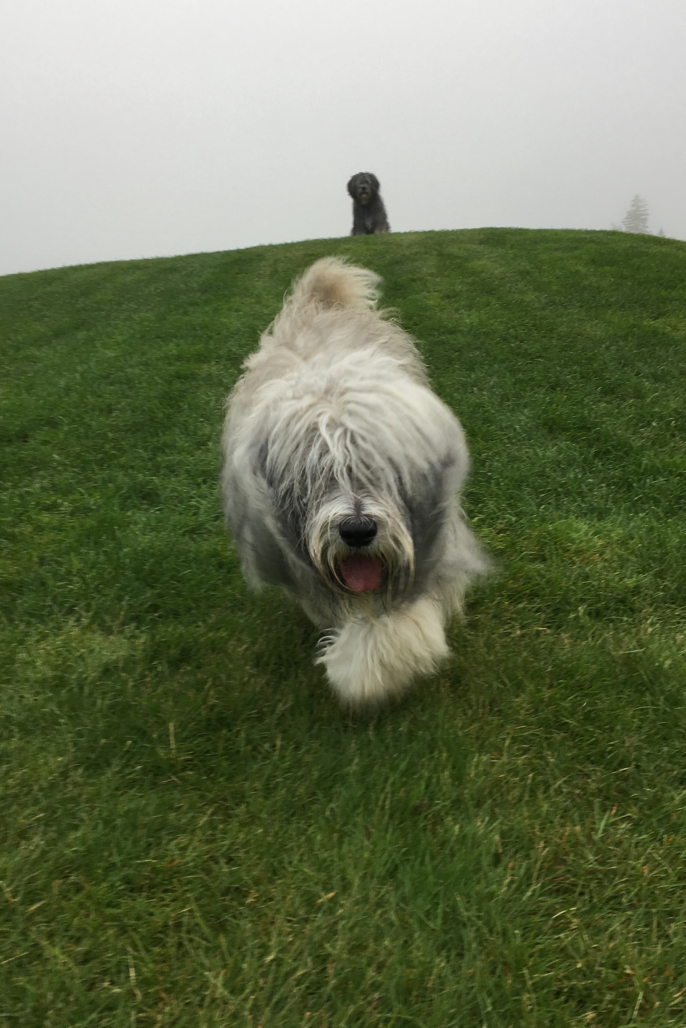 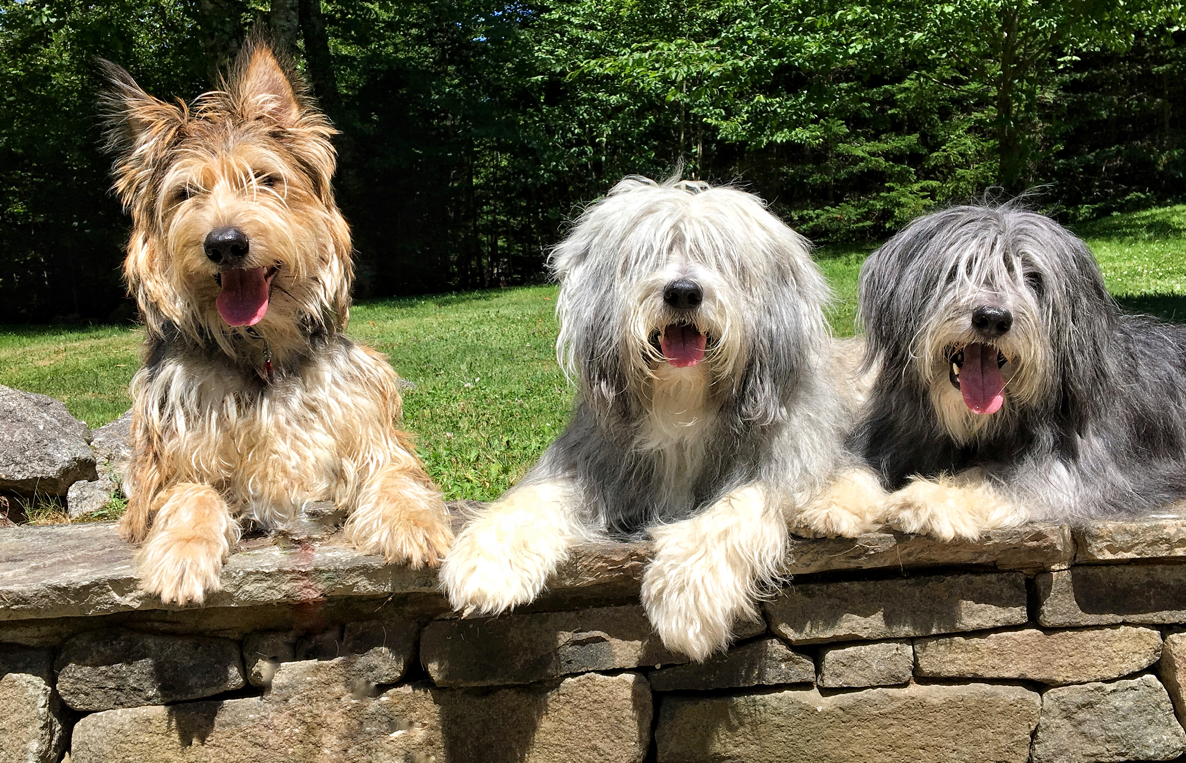 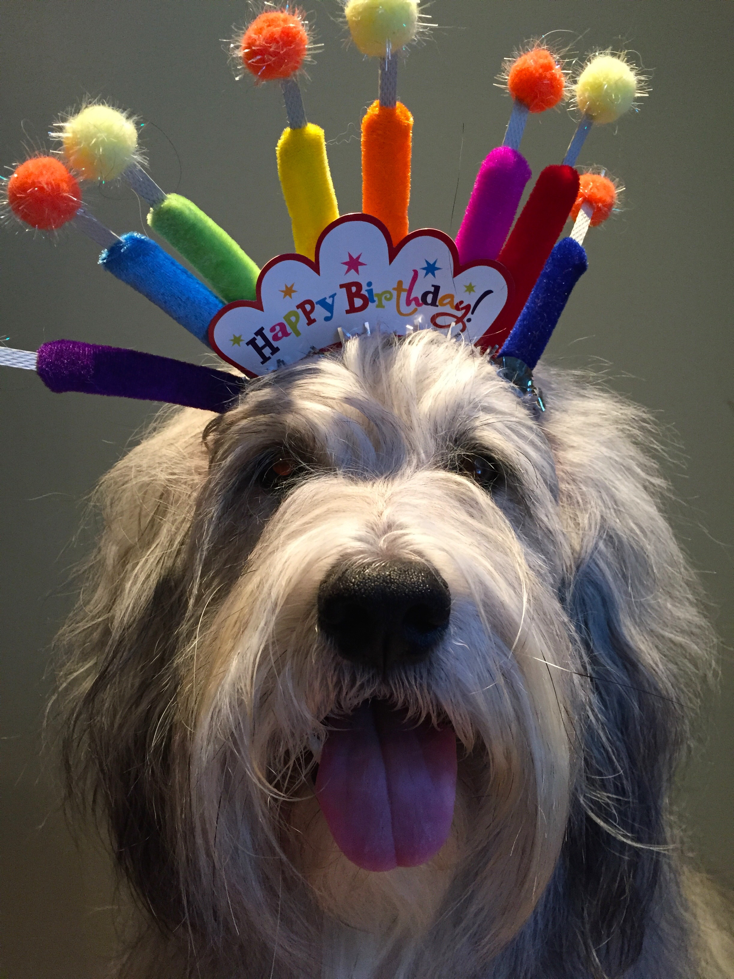 Cheers to many more!
Have a good one.  Peace and paws up!
Seizure-free days: 17