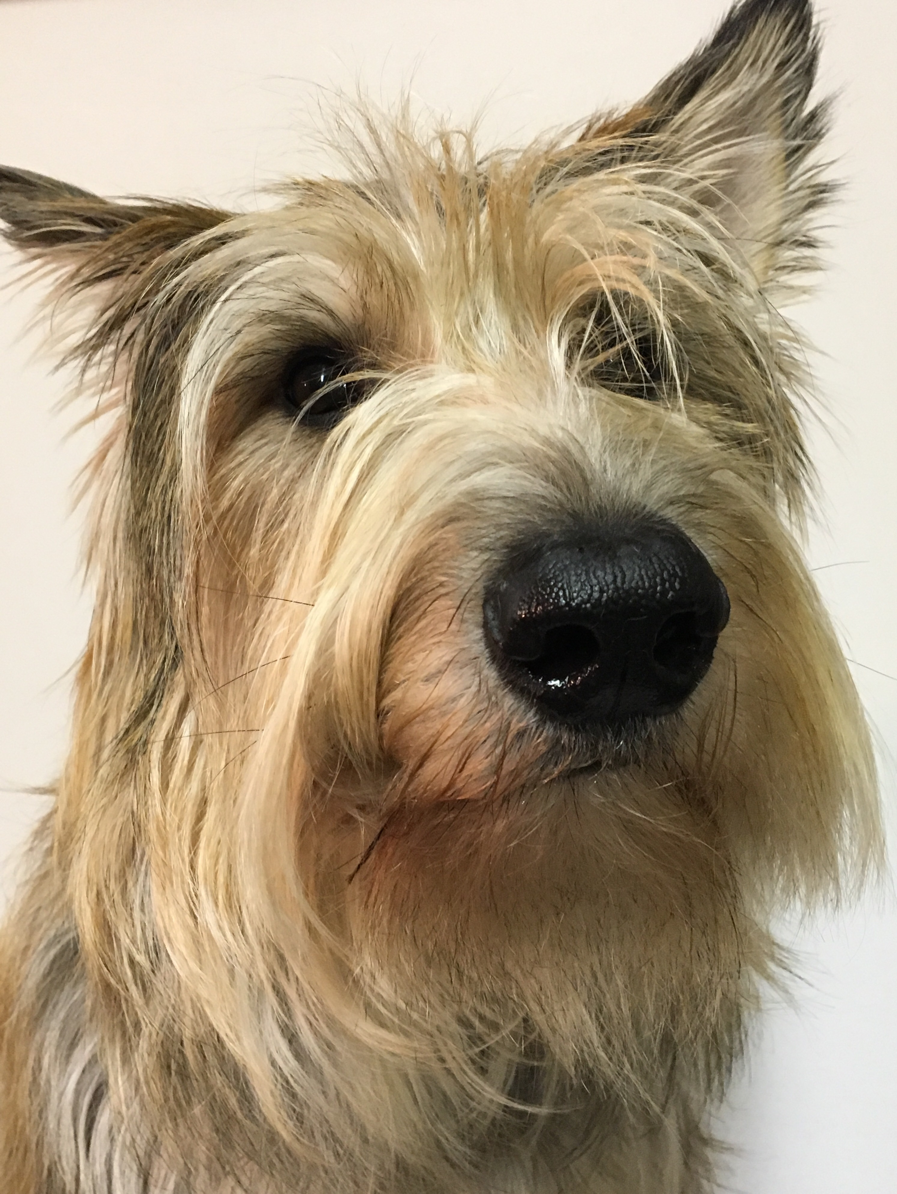 Yesterday my human was off.  You would have thought the night before was a full moon – we were all up numerous times.  I had her take me out at 3, and the FG wanted out at 4.  We just wanted to pee.  We DID let her then sleep in until almost 7.  At 7 she quickly got up and had this “idea.”  She knew the FG NEEDED a really good RUN off leash. So she took Einstein and me out and then while we were having our breakfast, she loaded the FG in the car.  And she drove a couple km down the road to a fenced ball diamond.  She went around 7:25 so it was just light out – and she figured she would beat any other dog owners there. She didn’t take ALL of us simply because she wanted to try an experiment with the FG and she knew if we were all running around haywire that he would probably not pay attention.

When she got there, she saw no one else was there, so she got him out of the vehicle, went in the field, secured the gate and let him rip.   And boy did he GO.  It was like letting a zoo animal free after captivity for 10 years.  He FLEW around the perimeter of the field.  And then he realized she had two of his favorite fetch toys. And he came RACING toward her with such speed that she began to fear she was going to be bowled over.  But he ran past her, spun around ran back and threw himself on the ground in front of her. And he began to play fetch.  Well.  That’s a bit of a stretch.  Let’s just say he would race out to get the toy, come part way back, fall onto the ground and would roll on the toy.  My human did most the fetching.  But they DID have fun.

And then.  The most AMAZING thing happened.  My human was about half way across the field, and the FG was intently smelling something on the ground.  And she stood there with the whistle in her hand.  Should she?  Or shouldn’t she?  She realized the chance for a successful recall was about 50-50.  And REALLY, she shouldn’t try until the odds were better.  If he didn’t come, it wouldn’t be the end of the world…but still – it wouldn’t be great either.  She held the whistle.  He wasn’t paying ANY attention to her. And he was a good distance away.  She nervously lifted the whistle to her mouth and blew it 3 times.  His head flew up, he looked at her, and came RUNNING.  Honestly, my human just about cried.  She hugged him and told him how brilliant he was.  She gave him treats.  She played tug.  Seriously, you would have thought the woman just won a lottery.

After that they played more fetch.  Or she did.  And then she said, “time to go.”  He raced back to the entrance where the car was parked and stood there waiting to get out of the gated area.  She looked at him and wondered if someone had dognapped the FG and replaced him with this seemingly well-behaved creature.  Nope it was him.

They came home and Einstein and I were not impressed.  But not to worry – we got extra treats to make up for the adventure – and an extra walk too.

So it seems the FG is maturing.  But you’ll note – my human didn’t try the whistle twice.  Like a good gambler, she knows when to quit.  They’ll try again some day soon and in the meantime, continue to practice indoors.  Will wonders never cease…