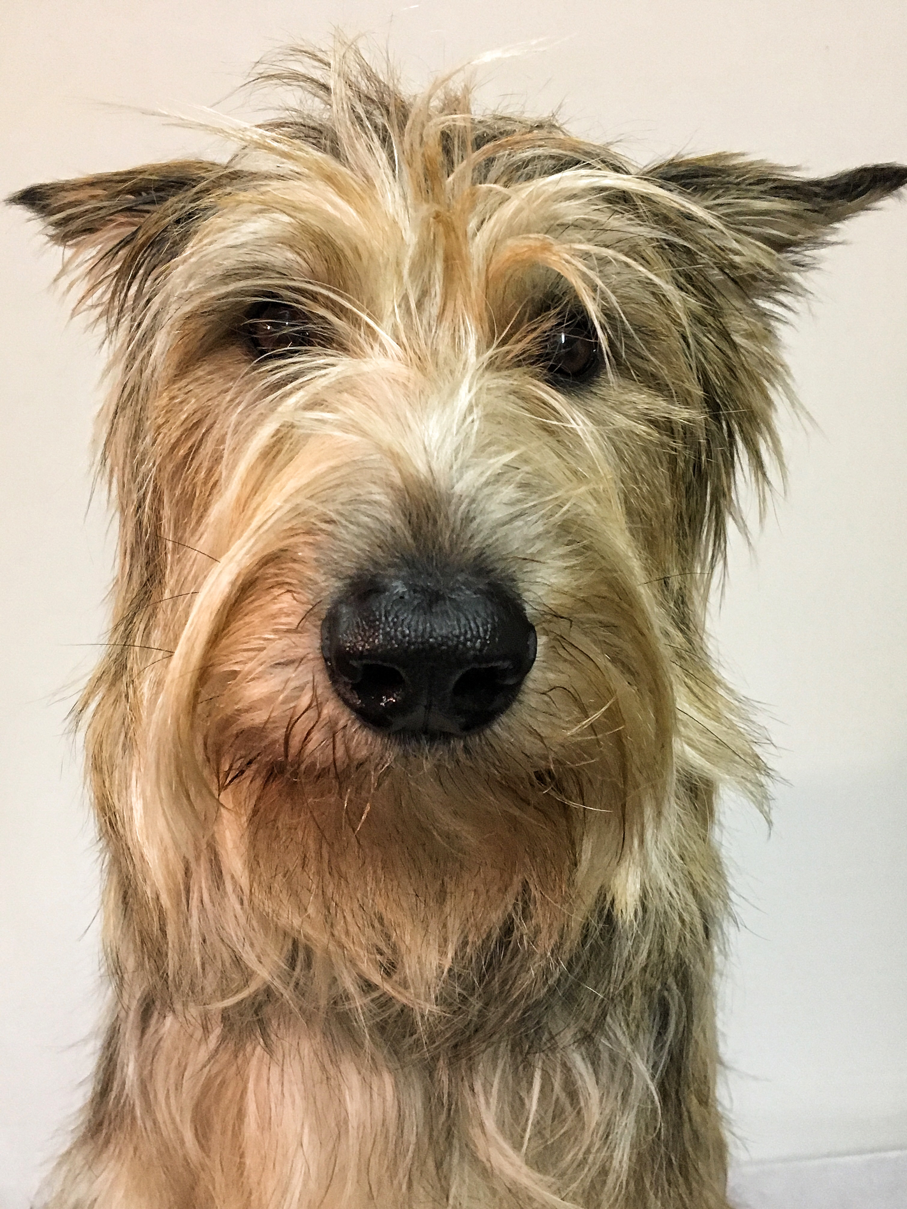 If at first you don’t succeed….

OK. So we have been doing this gradual experiment to prepare the FG for sleeping out of his crate at night – and in the bedroom.  And to get him ready for this, we have all been sleeping free in the dining room and kitchen – while my human has been sleeping on the sofa in the DFZ.  We’ve been doing this for weeks – and we all are happy to sleep together and the FG settles down immediately when it is bedtime. So my human decided on Saturday night to go back to sleeping in her bed at about 11PM. Einstein and I quickly returned to our usual sleeping locations on the bed – me near the head of the bed, and Einstein at the foot of the bed.  When the FG realized what was about to happen, he RACED into the bedroom made a flying leap onto the bed and flailed himself onto the comforter.   Einstein and I just looked at each other.   My human managed to find a spot on the edge of the bed and for 58 seconds it appeared the new sleeping arrangements would work.  But the FG was SO excited about this, he couldn’t settle down.  He spun around on the bed.  He started licking Einstein’s ears.  He spun around again.  My human was looking at her iPad, so she observed the goings on without saying much.  He spun around again.  After about a half hour, Einstein jumped off the bed and went to his favourite corner of the room.  And I joined him.  The FG just watched us and sat up.  Where was everybody going?  Now he flailed himself on top of my human.  By now it was almost midnight, so my human turned off the light, thinking he would settle down. He sat up again, looking to see where Einstein and I were located.  He flailed himself again on top of my human.  Licking her face.  By this point, Einstein and I decided to get back on the bed.  The FG sat up again. And he spun around.  And around.  And it was at about 12:15 that my human conceded defeat.  She went into the kitchen, with the FG following her.  He raced onto the dog bed in the dining room.  She had a glass of water and went back to bed, putting a gate in the doorway to the bedroom.  It didn’t matter – the FG didn’t want in – he was quite comfortable on the dog bed. However at about 5AM he wanted in, so it was time for all of us to get up.
My human isn’t convinced that this sleeping arrangement thing won’t work – so we will try again.
The good news – the whistle training is coming along quite well.  Not only will the FG grab the toy when he hears the whistle, but my human can actually tell him to wait in another room, she blows the whistle and he comes running.  BUT – this IS  inside with no distractions.  And to be honest, one time he was playing with the hedgehog after finding it, and she debated whether to blow the whistle.  She didn’t think he was probably ready for that level of distraction, but she took a chance.  Blam.  Didn’t work.  So he’s not ready for distractions just yet.  But he certainly is associating the whistle with coming to play. So that is coming along – so Einstein and I think he IS trainable…. Ya gotta love him.
My human is off today – so lots of playing on the agenda.  At least on OUR agenda.
Have a good one.  Peace and paws up.
Seizure-free days: 10