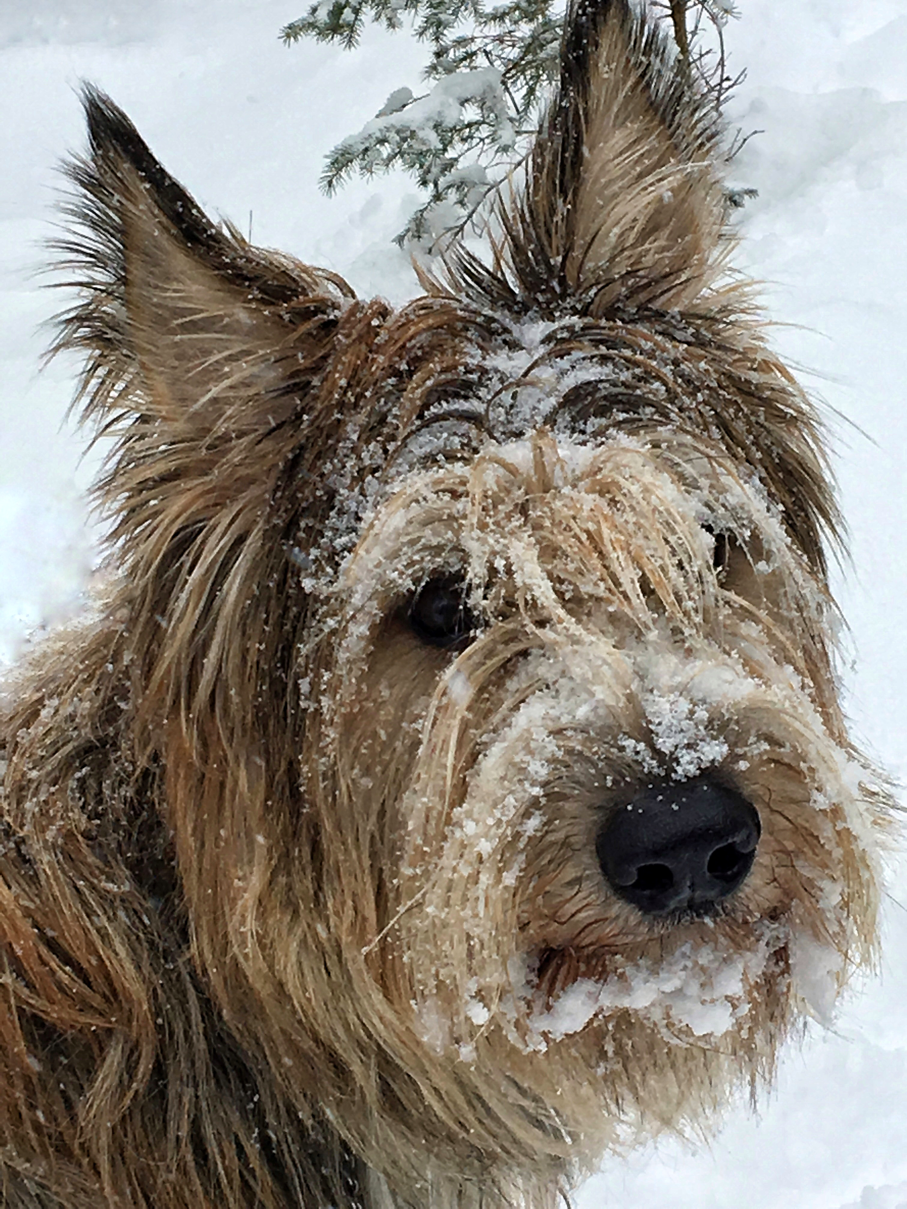 January 21. And on this day in 1903, the musical, The Wizard of Oz premiered in New York City. Interestingly, Toto did not appear in that early stage version, but obviously had an important presence in the famous 1939 movie classic.  And here are some interesting facts about the dog who played in that movie role:

1.  Toto was a cairn terrier and was a female dog – not a male as most people believe.
2.  Toto’s REAL name was Terry.  In the film credits, she was called Toto – and several years later her name was officially changed to Toto.
3.  Toto’s owner was a dog trainer.  Someone had droppped Toto off for training – and never picked her up – so the trainer kept her. Wonder what her original human thought when she saw Toto’s career!
4.  Toto actually starred in 15 films in her career – including one with Shirley Temple.
5.  Toto received a weekly salary of $125. Which was more than the people who played the Munchkins received…
6.  Judy Garland wanted to adopt Toto after the movie, but her human said no.
7.  Toto didn’t like the basket on the bike, or the wind machine used to simulate the tornado.
8.  Toto actually appeared in more scenes than Judy Garland.
9.  Toto had a biography called “I Toto” which was published in 2001.
10. Toto lived to the age of 13 and was buried at the residence of her human.
So it was a rags to riches story for Toto – or really I should say Terry.  I’m not sure how I would feel about the whole Scarecrow, Cowardly Lion and Tinman thing…and I know I definitely would not want to encounter the flying monkeys…
And  one more interesting movie tidbit – you know the movie Marley and Me?  My human has never actually seen it.  She read the book – and figured she didn’t want to make a spectacle of herself in the theatre so she never saw it on the big screen.  Anyway – how many dogs do you think play the role of Marley in the film?  Are ya ready – 18 different dogs!  Mind you, the film depicted Marley at various ages – but 18?! Still waiting for a movie to star a PON.  There WAS a movie starring a Picard – Because of Wynn Dixie.  Reportedly, two dogs by the names of Lyco and Scott shared that role…although another source said there were 4 Picards.
So that’s your movie trivia for today.  Now excuse me while I go and work on my screenplay.
Have a good one.  Peace and paws up!
Seizure-free days: 9