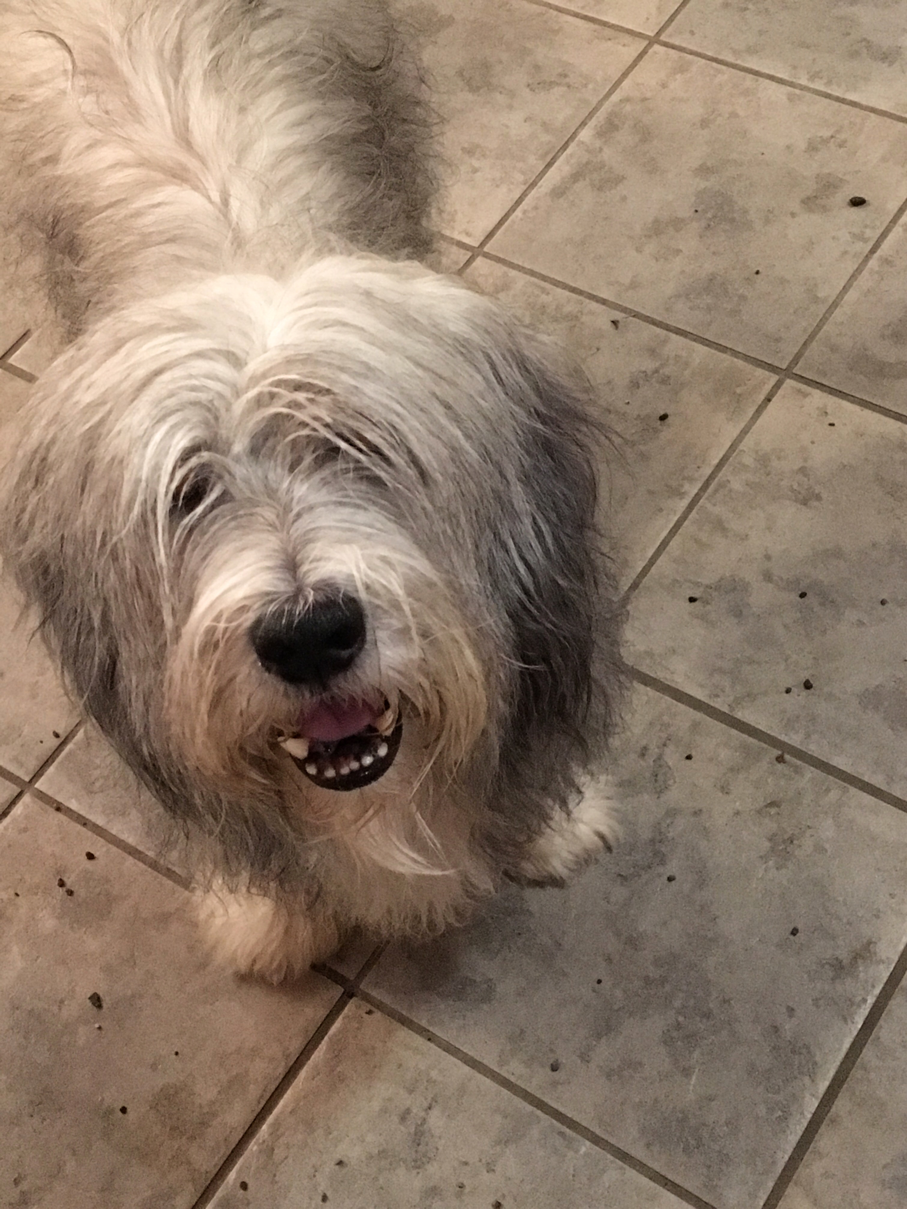 So yesterday was Word Nerd Day – but let’s continue the theme today.   Today we’ll talk about collecting terminology.  For example, my human is a deltiologist.  What’s that you may wonder?  It’s the fancy term for somone who collects old postcards.   She doesn’t collect ALL categories of postcards – just holidays. And old dog postcards.  Now some of you may have heard of  philatelists –  humans who collect stamps.  Or numismatists – who collect coins or currency.  My human used to be an arctophile – a collector of Teddy Bears – but given the dangerous life those stuffed critters would have in THIS house, she has pretty much weaned off her collection.

Who KNEW there was a word for someone who collects umbrellas – it’s a Brolliologist.  And guess what a cartomaniac and a sucrologist collect?   Maps and sugar packets.  Yes.  Sugar packets.

All this search for collecting vocabulary started because of Einstein’s collecting hobby.  Einstein is a petrologist.  Or in other terms, a Rock Hound.  No pun intended.  Yup.  He collects rocks.  It happened the other day.  And the weather conditions have to be JUST right.  Not too wet.  Not too dry.  Just in between.  And if the humidity and temperature are JUST right, Einstein brings home a HUGE collection of rocks.   If you look closely in the picture, you will see a bunch of black spots on the floor.  Those are rocks.  That came in on Einstein’s feet.  It’s not unusual for any of us to bring in all sorts of flora in our coats – but Einstein is the only rock collector.   My human literally had to get a broom to sweep up the rocks.

I tried to find the names for some of the other things we dogs collect, but I couldn’t find them.  So I made up a few of my own:

cartilagologist – a bone collector.  We have so many bones lying around the house, it looks like a dinsouar graveyard.

tetherologist – a leash collector.  We have enough leashes to walk an army of dogs.   But not to worry – if my human sees an interesting new type, she will definitely add to the collection.

caninamusologist – a collector of dog toys. And one can never have too many, in my mind.

So that’s your vocabulary lesson for today.  Oh – one last one – given our sometimes “undesirable” behavior, it would be QUITE easy for my human to become a helixophile.  A collector of corkscrews…. Good one…..

Have a good one!  Peace and paws up!