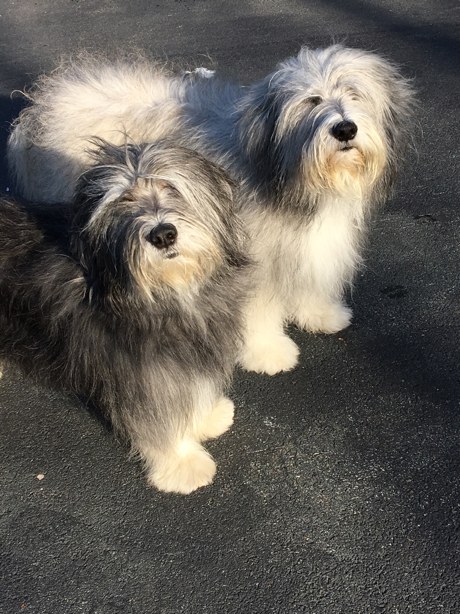 January 3.  And on this day in 1977, Apple computers was incorporated.  And who were two of the founders of Apple computers???  The late Steve Jobs.  And Steve Wozniak.  Who happens to share the same surname as my human!  Yup cousin Steve made it big in the computer world.  JUST KIDDING.  Steve Wozniak is NOT related to my human.  At least not that we know of.  BUT – I suggest she study this pedigree thing a bit more because apparently Steve Wozniak is a dog lover!!! So they MUST be related.  Way back in 1983, Steve was owned by three Siberian huskies, an Australian shepherd, and four “multi-breed” dogs.  Personally, I don’t like the term “mutt” – I prefer multi-breed.  Anyway, I digress.  On one website, I see that Steve lists that he loves dogs and children.  Pretty good guy if you ask me. Apparently he is a big philanthropist – and he has even been involved in supporting a dog park in San Jose where he lives.  He has also been involved in supporting animal shelters as well.  I read somewhere that his dogs eat filet mignon.  So clearly he loves dogs.

My thoughts…  He has the same last name as my human.  They MUST be related.  So “cousin” Steve, if you are reading this…I would love filet mignon too – please feel free to send me some…..

In other news – my human took down all the Christmas “stuff” yesterday.  We dogs were  totally bummed out – not because the “stuff” was being put away – but because it took SO long to do it.  My human was at it for HOURS.  And after she put everything away, she needed to take the tree out.  Usually she cuts the branches off and puts them in a big bag – so she doesn’t have to take the whole tree out, shedding its needles.  But no – yesterday she was SO tired of putting things away, that she decided to drag the tree from the DFZ, into the dining room and out onto the deck.  She then lifted the monster and heaved it over the railing onto the lawn.  While we dogs watched from the hallway where were we sequestered.

So here is my “brilliant” human.  She drags the tree out.   She leaves a trail of needles.  She sweeps and vacuums the needles.  She let’s us out of our incarceration room and we run onto the deck.  We run through all the needles that are on the deck. Which she had not yet swept.  We bring them back in the house.  She’ll be finding needles from now until July.  The joys of a “real” tree.  Oh – and when we found it on the lawn after it was tossed over the railing (and before she dragged it into the woods) – we PROMPTLY peed on it.  We’ve been waiting a month to do that.

So she is back to work today.  WHY does her vacation time go SO quickly?!  So OUR vacation is over as well.  Back to guard duty….

Have a good one.   Peace and paws up!