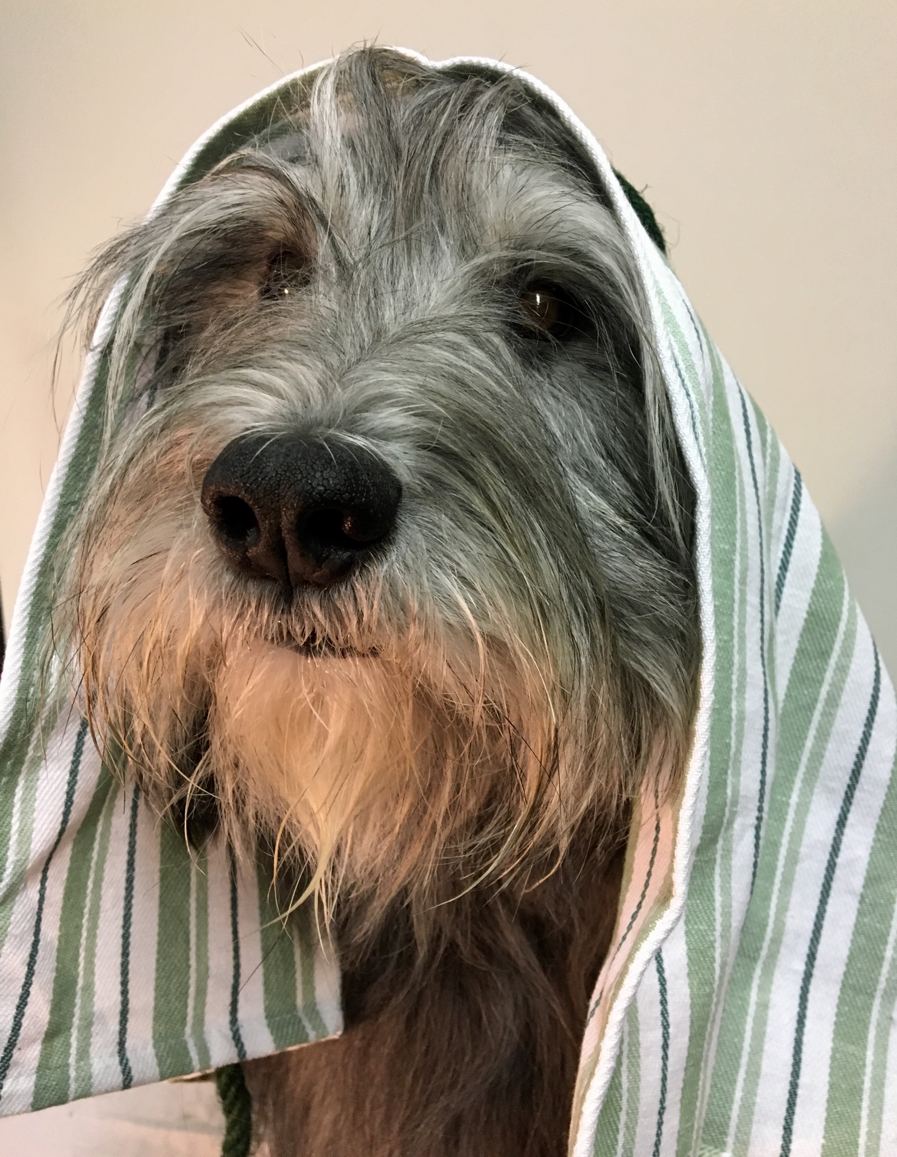 So my human entered this draw being sponsored by one of the local dog clubs.  The winner will get NUMEROUS (and I mean NUMEROUS) bottles of wine.  It’s kind of an elimination thing.  They keep drawing names out of the hat, and eventually the last people left win the wine.  My human has been in it for weeks – and has been watching the draw daily in hopes that she would win.  Heaven knows she NEEDS wine living with the three of us.  But alas, her name was down to the final 12 and out it came yesterday.  You can send messages to cheer her up – or just send wine….

But with the typical ups and downs of life – she DID actually win something the other day.  She went to a local book store and somehow won a $250 gift card.  I wanted to know if they sold dog biscuits at the store too.  But it doesn’t seem like it.  And I’m not sure we NEED another dog book.  Clearly she hasn’t read all the TRAINING books she already owns.  But they do look nice on the shelf.  Humans.

My human did manage to finally get the elusive Christmas photo of the three of us.  Yup.  It’s DONE.  I think it looks a LOT like the photo from last year – but she insists it is different enough.  Besides, I think her capacity for taking Christmas photos is almost at quota.  Note my shepherd photo.  Personally, I think I look rather dashing.

Anyway she says she is done with our photos…although, we haven’t had SNOW yet – for the outdoor wintery photo shoot.    Lots of rain, but no snow to actually accumulate.  Or require plowing.  My human FINALLY bought some of those things you put alongside your driveway so the plow guy knows where to go.  Last year she bought them at the dreaded Dollar store and not a SINGLE one survived the season.  They were bent and broken and totally shot.  This time she bought more “substantial” markers.  When the FG spotted them, he at first did a BOOF, but then went quickly to inspect them.  Einstein and I just went right over and peed on them.

Well it is hump day – half the week will be over.   Have to start planning for our weekend.  We never want my human to be bored.