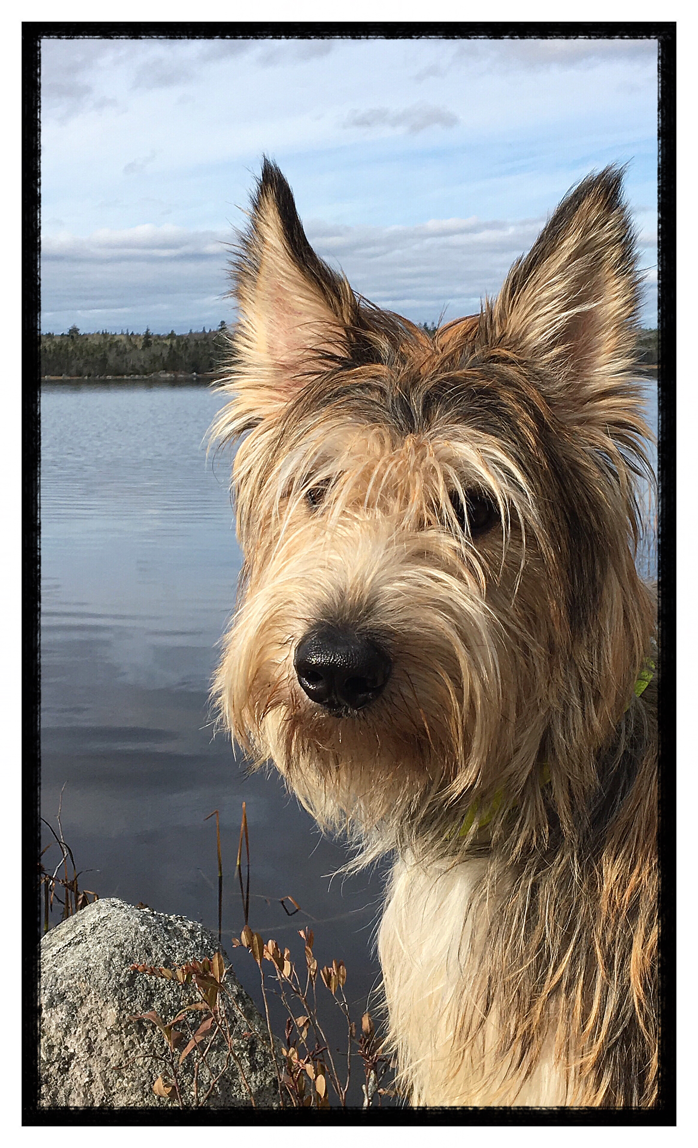 Well time for a good news story for a change.  And it took place here in Nova Scotia.

A local breeder of Samoyeds went to the World Dog Show in Germany last week.  I don’t know if she was showing a dog – or if she was there as a spectator – but it was obviously a BIG trip.  Unfortunately, while she was away, two of her Samoyeds – a 7 year old and a 3 year old by the names of Faith and Alyse, went on the lam.  Poof.  They disappeared.  I don’t know the details of how it happened, but I do know that an APB (All points bulletin) was put out on NUMEROUS social media sites – including the Lost Dog Network.  People combed the rural farmlands where the dogs live – and there were no sightings.  People put up posters.  Everywhere.  And no doubt, their human was crushed.  Several days went by – with no sightings.  There were rumors they could have been stolen.  Or they got away and were shot by hunters. Things were looking pretty bleak.

And then – like in some Disney movie, along came Amy.  Amy is a rural mail delivery person who drives a postal van to deliver her parcels and had seen one of the many signs that had been posted for the lost dogs.  And as she was going about her job, she spotted two not-so-white-now Samoyeds along her route.  She got out of her vehicle and enticed the pair with a rice crispie treat, and in a friendly but firm voice, instructed them to get in her van.  And they did.  And then Amy delivered one of THE best packages EVER to one very appreciative human.

HOW GREAT IS THAT?!   Talk about good mail service!   So two escapees were reunited with their human.  And all it took was faith – and an angel named Amy.