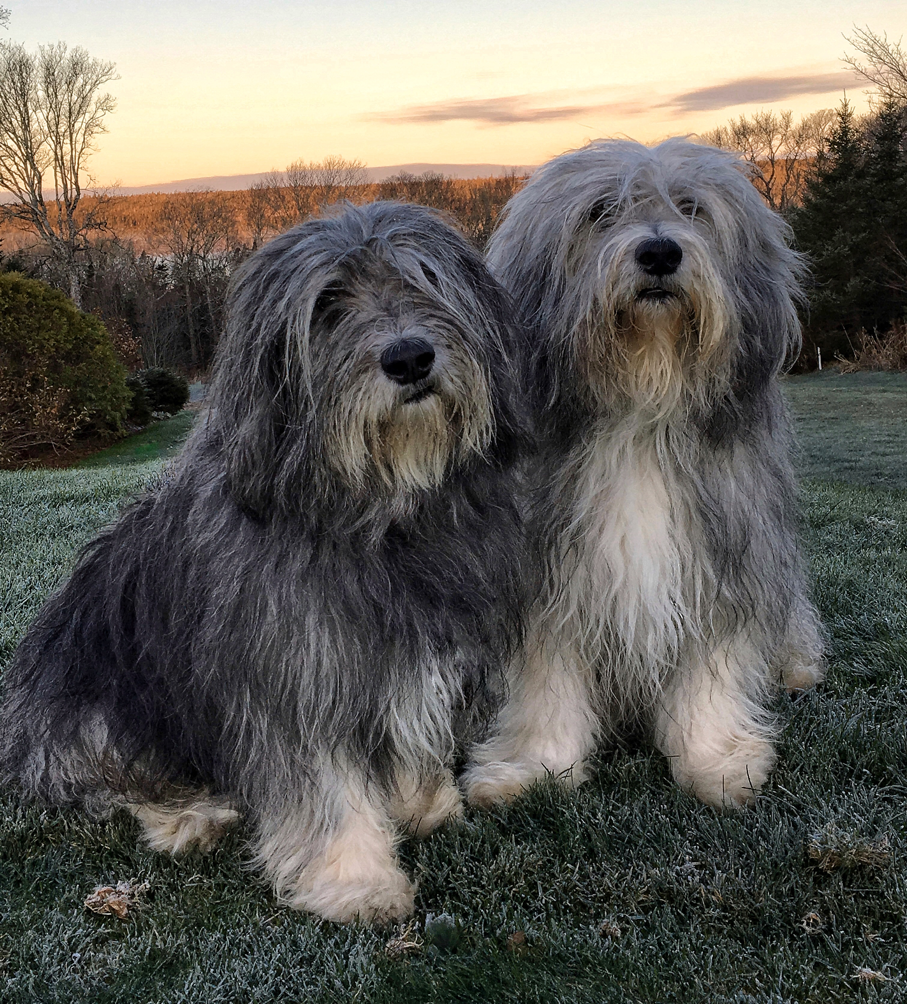 So yesterday morning, we actually let my human sleep in. Mind you, her flight didn’t get in until late and by the time she walked in the door it was well after midnight.  After giving us hugs and taking us out for pees and giving us treats – well it was 1:30 by the time she went to bed.  So we decided not to get her up at 5.  We let her sleep in until around 6:30.
By the time we got rolling, it was light outside so we could go for an extra long walk – up the public trail.  It was also VERY frosty – my human thought it was the coldest morning of the season – but she wasn’t here last week to know this is not new.  But we love the crisp mornings – with a light sparkly glow of frost on the plants.
So glowing, frosty plants spell one thing in our world.  Photos.  My human HAD to capture some close-up photos of the tiny frost diamonds.  Now Einstein and I are fairly patient while she takes some shots of fauna.  We use it as an opportunity to sniff and explore.  Within leash range. So she managed to get a few shots… 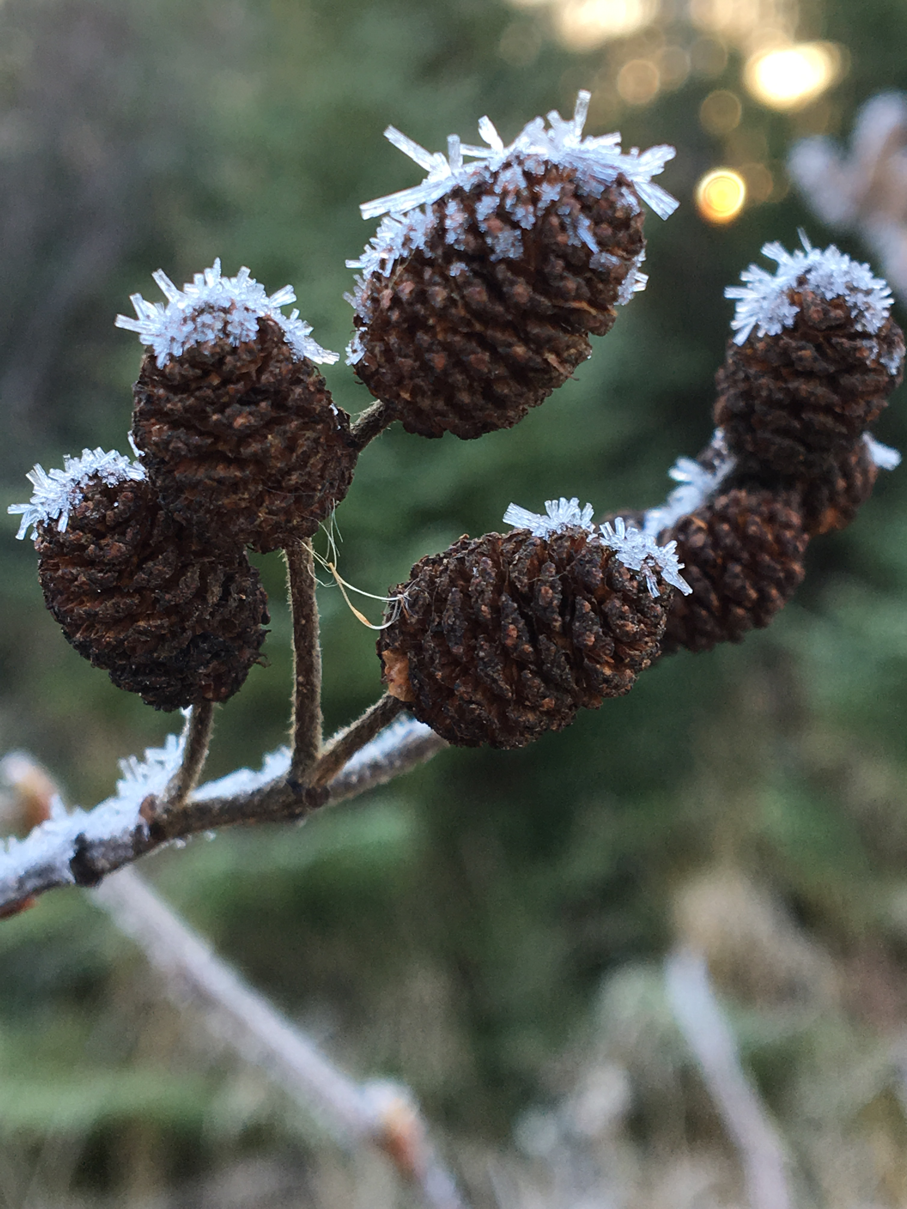 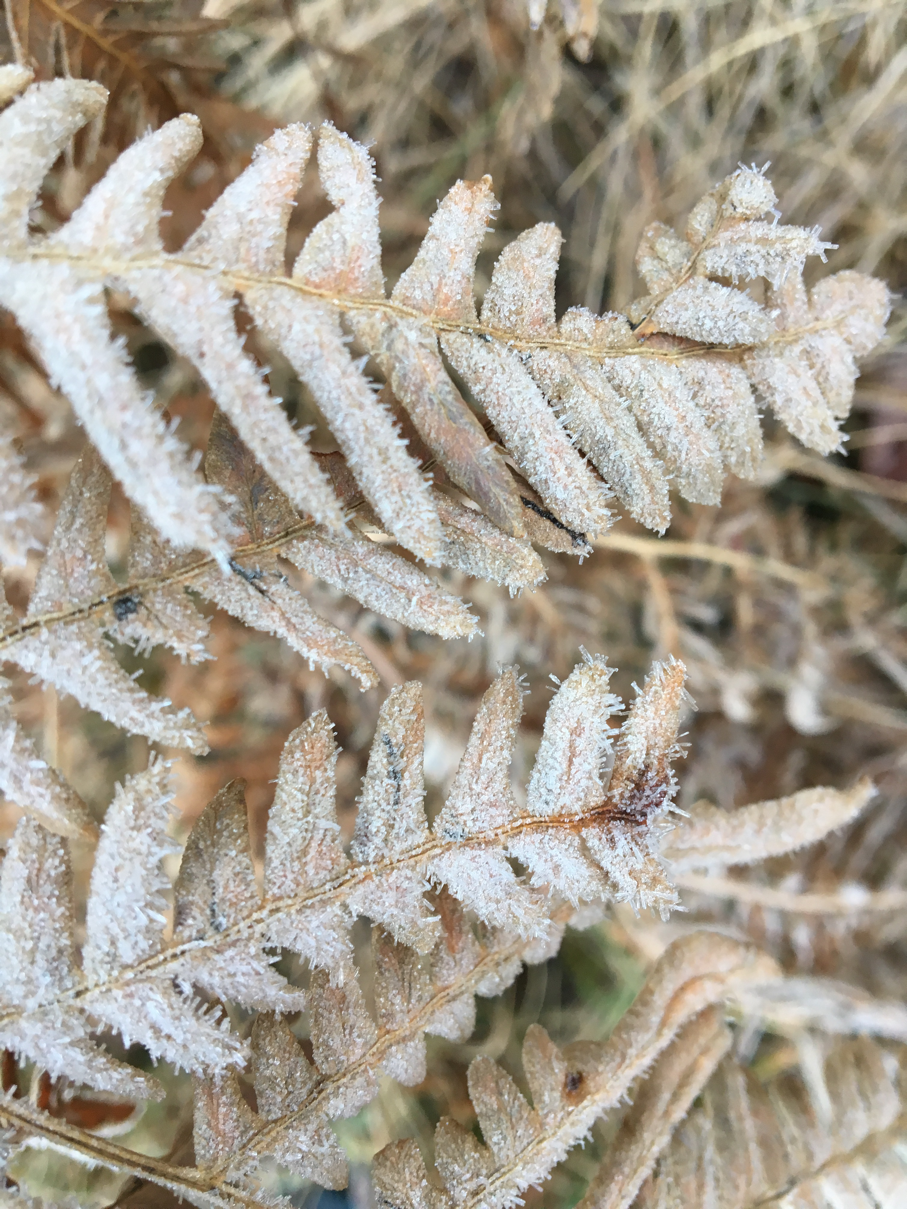 I was not as excited about the photo of us. I mean who wants to sit and take photos on such a crisp day.  But she did manage to get a shot of two of us cranky looking PONs.
Then it was the FG’s turn to go out.  Well I’m here to tell you that obtaining a closeup shot of any type of fauna is next to IMPOSSIBLE with him.  Every time my human would stop and bend over to take a shot, he had to walk wherever she was aiming her phone.  And attempt to pee on the subject matter.  Or he would pull her – and she would get shots like the following. She finally abandoned her attempts to get photos with him along – why she thought she could get any is beyond me.  Mind you she did get one or two. 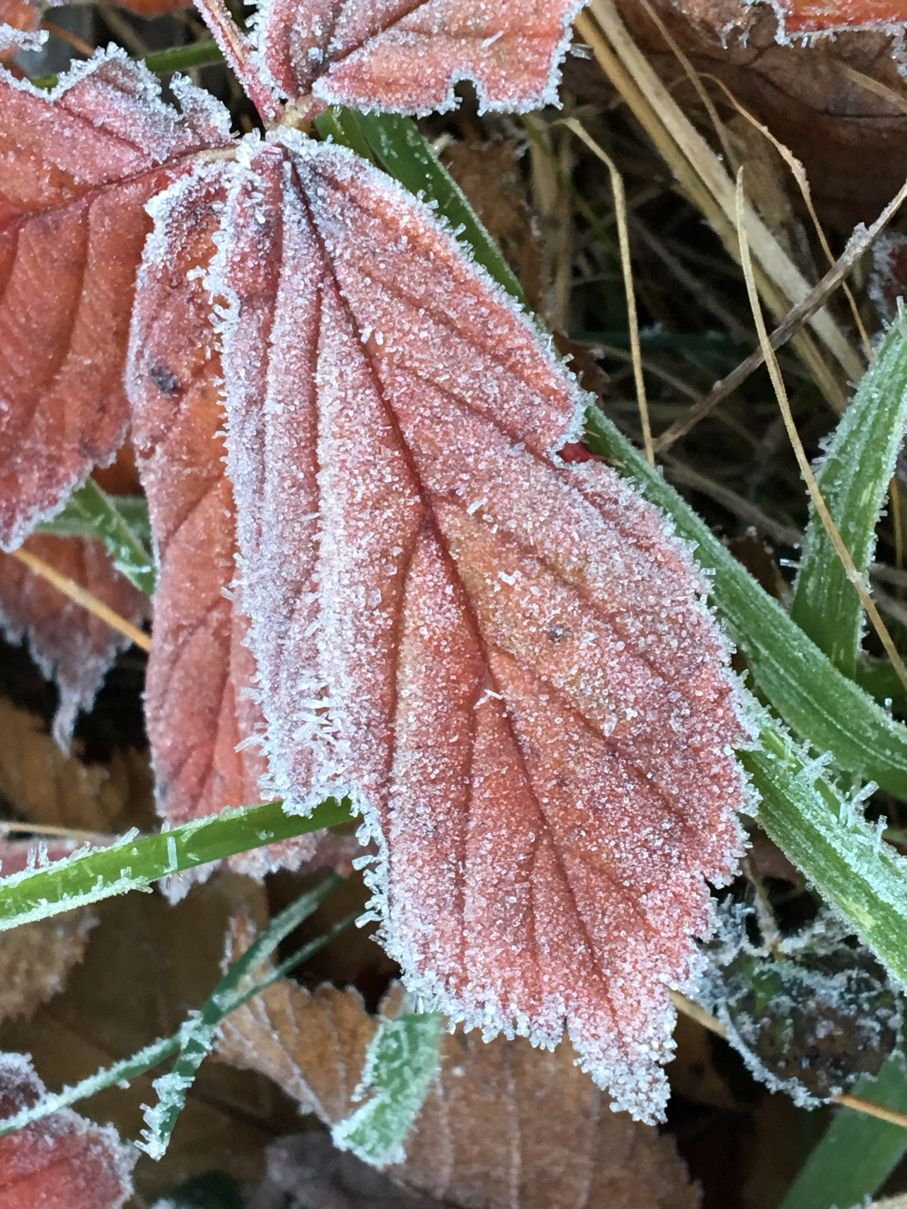 We had several games of fetch and lots of belly rubs yesterday.  It was a GOOD day.
Today she is back to the bad 4 letter word. W-O-R-K.  We heard the whole speech about making money to buy dog food and treats, yadayada. We’ll assume our role as guard dogs.  Good thing she only has to work 4 days this week!
Anyway, I hope your day is crisp – and take a minute to explore the wonder of the world around you.  Before some dog pees on it.
Have a good one. Peace and paws up!