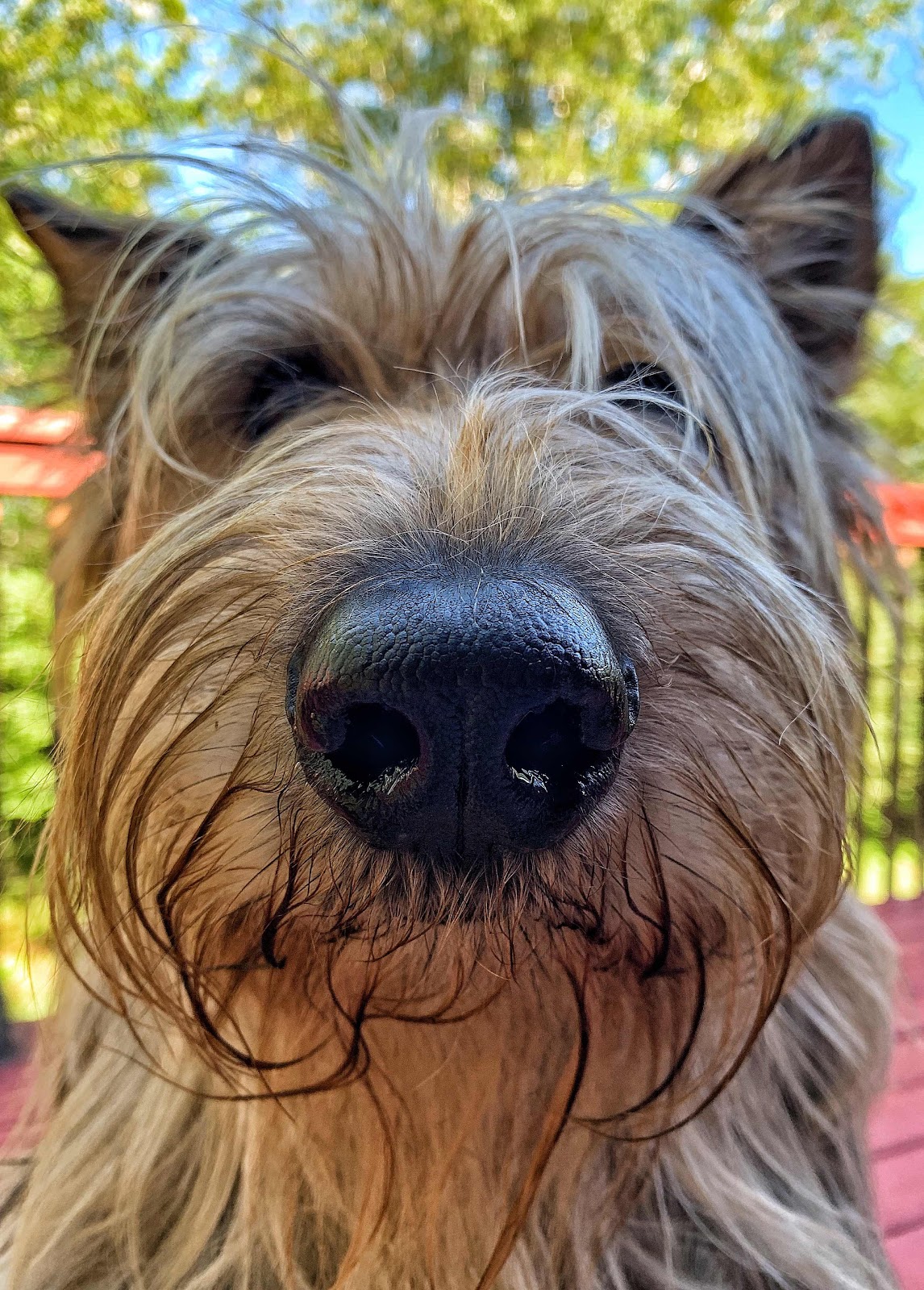 One more week.  And they disappear into that mysterious place her highness calls “the closet.”  What is disappearing? The white pants.

Humans have some kind of weird rule about white pants – and the fact that they shouldn’t be worn after Labor Day. Like some “fashion police” will arrest and fine you.  There is this window of wearing time that reportedly stretches from May to September. But the reality is that if you are owned by dogs, no time is the right time to wear white pants.  If you see someone walking down the street with perfectly white pants – containing no spots or goobers – or obvious dog hair, that person either does not own a dog- or they got dressed in their car after they left their house.
Her highness actually owns white pants.  Which is really silly.  She no sooner puts them on, then one of us rubs right up to her.  Usually after we have been drinking water.  Or eating something.
Now black pants are also magnets for dog hair.  But a quick roll with one of the many lint rollers spread throughout the house, and black pants CAN look OK.  But white pants – like I said they are a silly addition to a wardrobe .
I wonder if you could use that Scotch Guard stuff that is used to protect furniture- and put it on white pants.  There’s no doubt a market for non-stainable white pants for dog owners.  Maybe they could be made of Teflon.  But they would be kind of stiff.
And speaking of attire- I was sporting an interesting outfit of leaves, sticks, pine needles and mud yesterday morning.  Her highness made the mistake of letting me and Einstein off our leashes as we came down the driveway from our morning constitutional.  And what was sitting on the front lawn? Why a bunny.  Einstein’s chase ended where the lawn meets the woods.   Not mine.  BUT, because we were on our way home for breakfast, I wasn’t gone long.  Mind you, I still needed a “nature removal” before I could come in the house.  Great fun.
But then, most things we dogs do is fun…OK- except grooming…
Have a good one.  Peace and paws up.
Seizure free days: 18