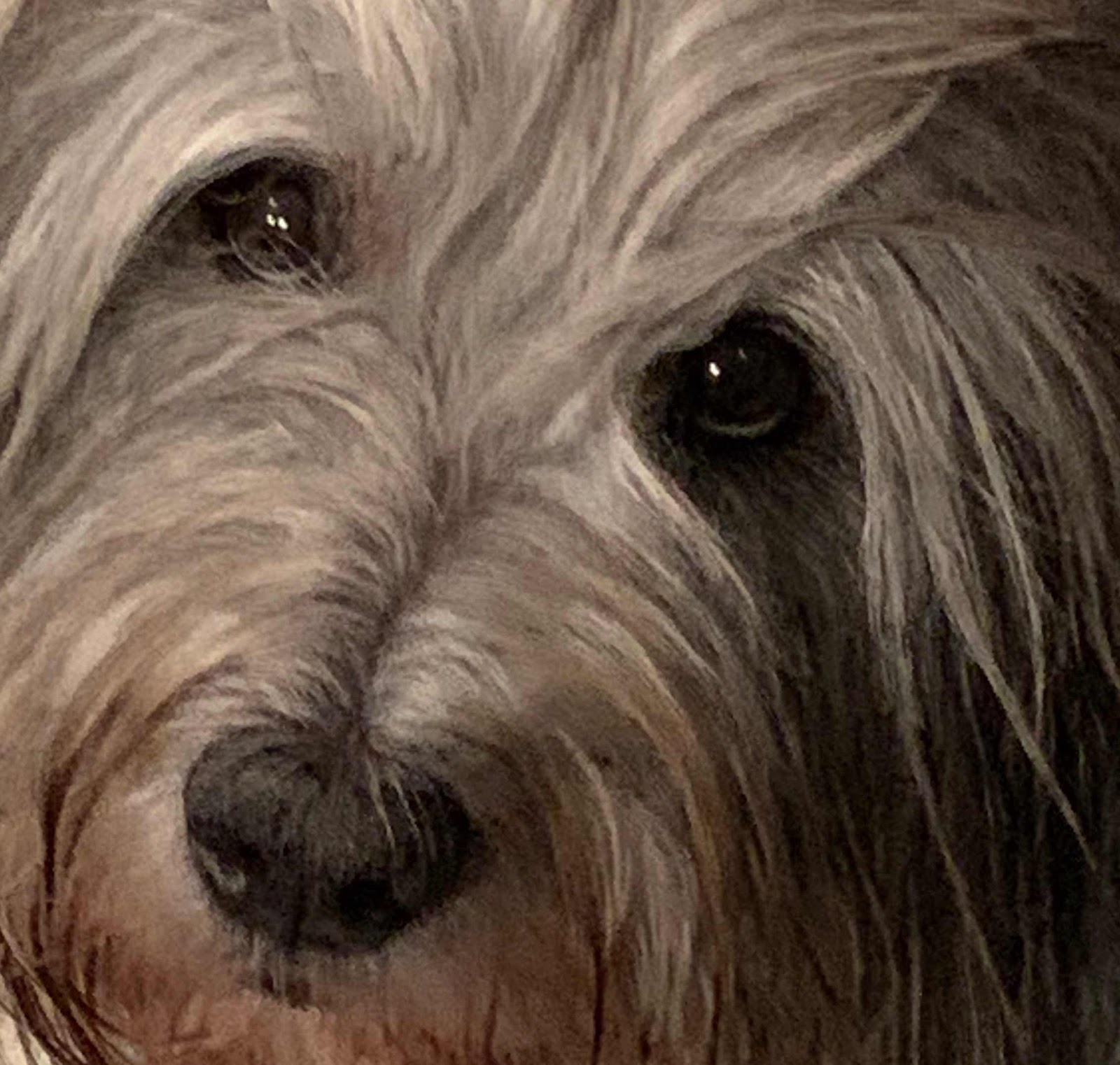 Well, she’s back.  She arrived home looking haggard but happy.  She reportedly spent the WHOLE day waiting to fly home to us.  She rushed through airports and probably lost 5lbs sweating as she hurried to make her connecting flight.  She finally rolled in at around 2AM.  The sitter had left us at around 11 PM – when she knew her highness was on the last leg of her journey.  We had basically settled down for the night. Imagine our surprise when she came in!

Einstein and the FG went WILD.  Absolutely WILD.  I’m sure any neighbor in a 5 km radius could hear the commotion coming from our house.
While my siblings in crime were doing the Tasmanian Welcome Dance, yours truly kind of ignored her.  I just wanted to get in the garage.  I was, as usual, starving.  Truth be told, it’s called intermittent reinforcement.  Make her think you are annoyed – so she shares even MORE treats.  It always works.  Mind you – yesterday I was like GLUE with her.
We watched her unpack an assortment of Polish goodies.  Cookies.  Gingerbread.  Pottery.   Amber.   Candies.  Frankly, we only cared about the edible stuff.  Finally, she sat us down and said she had a confession to make.  She had spent an afternoon with – are you ready for this – TWO PONs.  Watson and Sherlock own a friend of my human – her name is Iza.  Iza and my human have been friends on Facebook for many years – and they FINALLY got to meet because Iza lives in Poland!  And guess what?  Sherlock and Watson came along and gave us gifts – some toys AND some treats!   Good thing – because her highness claims she didn’t “see” many dog shops in her travels – and she didn’t buy us anything.  Takes a PON to save the guilt gifts day.
I’ve said before that the internet CAN bring people together. Her highness met another PON friend – Joanna, who gave her a cool mug with a PON on it!!!  The PONs ruled on this trip – now she needs to go to France to meet Picard friends.   If we ever let her go.
As for us, while her highness was globe trotting – we had a good time with Char.  We behaved- and in Char’s words – we were a “dream.”  Let’s face it – that’s not a word usually used to describe us.  We had to pay her A LOT to say that.
But the best news?  No seizures!  Ta da!!! My human said she must cause them – so she should go away more often.  Nice try.  I don’t think so.
While she was away, she had a call about a chair that she had taken in back in June to have it reupholstered.  The chair had belonged to her mother – and I think her grandmother- but it was looking kind of tired.
She brought it home yesterday and while she was taking it out of the car, we were outside.  She had decided to put the chair in the dining room.  That was always the plan.  It’s a wooden arm chair, with wooden legs, but the back and seat are upholstered.  Before the re-do it was in the DFZ.
So she puts her “new chair” in the dining room.  It looked fabulous.  At least she thought so – we canines didn’t care.  Or at least two of us didn’t.  Einstein and I didn’t even give it a second glance.  But you know who IMMEDIATELY noticed it – and had to check it out- the FG.  He sniffed it all over and then laid his head on the seat.  My human noticed- and she  KNEW what was coming next.  The mandatory face rub.  “STOP” she shouted- “that’s all clean and new!”  As if he would care. The chair is now back in the DFZ.
Although I’m lookimg rather pensive in the photo – trust me – I was VERY happy to have our “family” complete again!  Welcome home your highness!
Have a good one.  Peace and paws up.
Seizure free days: 15