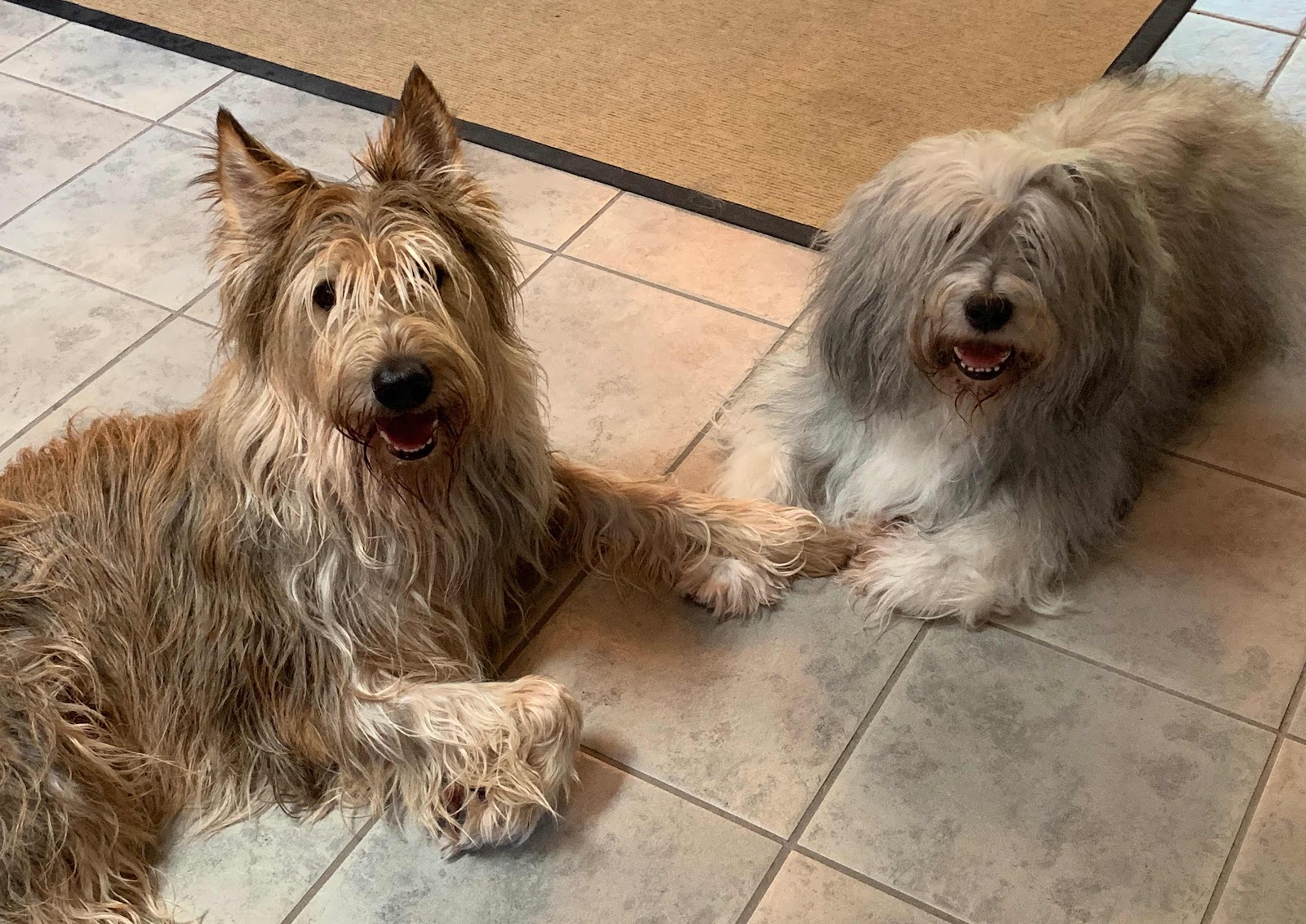 Excitement in the wilds of Nova Scotia the past 12 days.  Exciting because the story has a happy ending.

The Cape Breton Kennel Club had their annual dog show on July 13 and 14.  That show is about 5 hours from us.  It reportedly was a great show – but a sad accident happened on the second day.  A Chow chow, from Kansas was being shown by a handler from Nova Scotia and somehow, he escaped.  I think he just wanted to be a good canine tourist and do some sightseeing while he was so far from home.
But as you may guess, the humans were greatly disturbed.  When a dog initially goes missing, one thinks that it will materialize in a few minutes.  But in this case, minutes turned into days. It was a nightmare for all the humans involved.
After a few days of sightings, but no capture, a man trained as a Missing Animal Response technician was called in.  They also reportedly employed the help of a psychic.
I’ve posted information about lost dogs before – and some information about what and what not do do.  Here is a link to a program that trains Missing Animal Response technicians – and it has some good info as well.
https://www.missinganimalresponse.com/lost-dog-behavior/
Anyway, after 12 days in the wilds of Cape Breton, the dog was finally found. Well – I’m not sure if the word “found” is correct.  Captured? Obtained?  Returned? Got tired of having to scrounge for food?  Got bored of sightseeing? I don’t know the exact details – but I do know he is safe and sound.  And people all over Nova Scotia breathed a sigh of relief.  I would love to know what he did for 12 days.  Only he knows about his adventures- and I don’t think he’s  talking about it.
Oh.  And I forgot to mention his very appropriate name.  Lucky
How’s that for a good news story to start your day?  And a message to all my canine buddies – stay home.  Scrounging for food is no fun – it’s MUCH easier to have it delivered to your bowl.
Have a good one.  Peace and paws up.
Seizure free days: 12