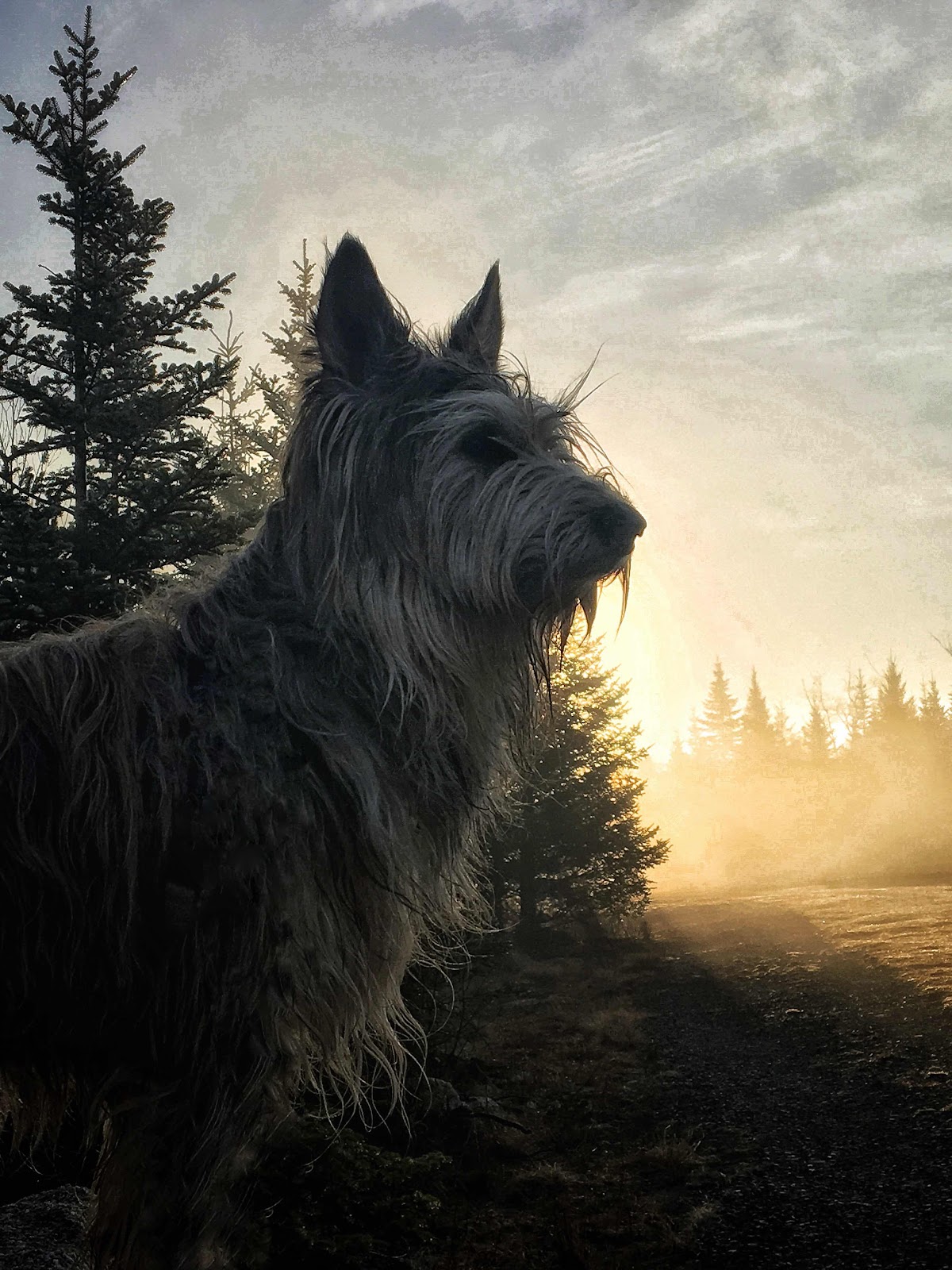 Now whether or not you have ever had a McDonald’s hamburger (and my guess is that most people have crossed beneath the Golden Arches at least once), you are probably familiar with the McDonald’s spokesperson.  Or is he a mascot…. Anyway, most people probably recognize Ronald McDonald – the clown who appears in ads and in commercials.  (If you ever see my human, ask her about the time Ronald McDonald approached her sister).  Let’s just say, not all kids are happy to see a clown.
Over the years – McDonald’s had a series of “characters” in McDonaldland – like the Hamburglar – a villain who appeared in commercials in 1971.
But here is a REALLY TOUGH trivia question…. what was the name of Ronald’s dog?   He hated ticks (who doesn’t!) and spoke in a monotone voice.  Give up?  If you know the answer – you have eaten too much junk food.  His name was Sundae.   Here is a very short clip of him – and I’m sorry it gets cut off – but it’s the best I could find:
https://youtu.be/v8syib2lf7I
I also found this commercial- with a different dog and Ronald….
https://youtu.be/D5HLffn8A6Q
Hokey.  But cute.
And our last McDonald dog connection.  This is a recent news story about a dog in Oklahoma.   It seems the clever dog would somehow escape her home at night, go to the local McDonald’s, and pretend she was a stray.  So that people would feed her.
https://youtu.be/c-hve-ukWSI
I’m not 100% sure I believe this story. I mean how did the dog get out of the house?!  Now if it was a PON, I would believe it.  I’m surprised Einstein aka Houdini hasn’t tried this yet.  Mind you,  it would be a pretty long walk to a McDonald’s from our house.
So there you have the canine connection to the fast food chain.  I knew you would be wondering as you had your Big Mac today.  Or your Keep Calm Caesar salad.
Today my human is getting the snow tires off Ludwig. Blizzard in the forecast tomorrow!!! Just kidding.  I hope!
Have a good one. Peace and paws up.
Seizure free days: 12