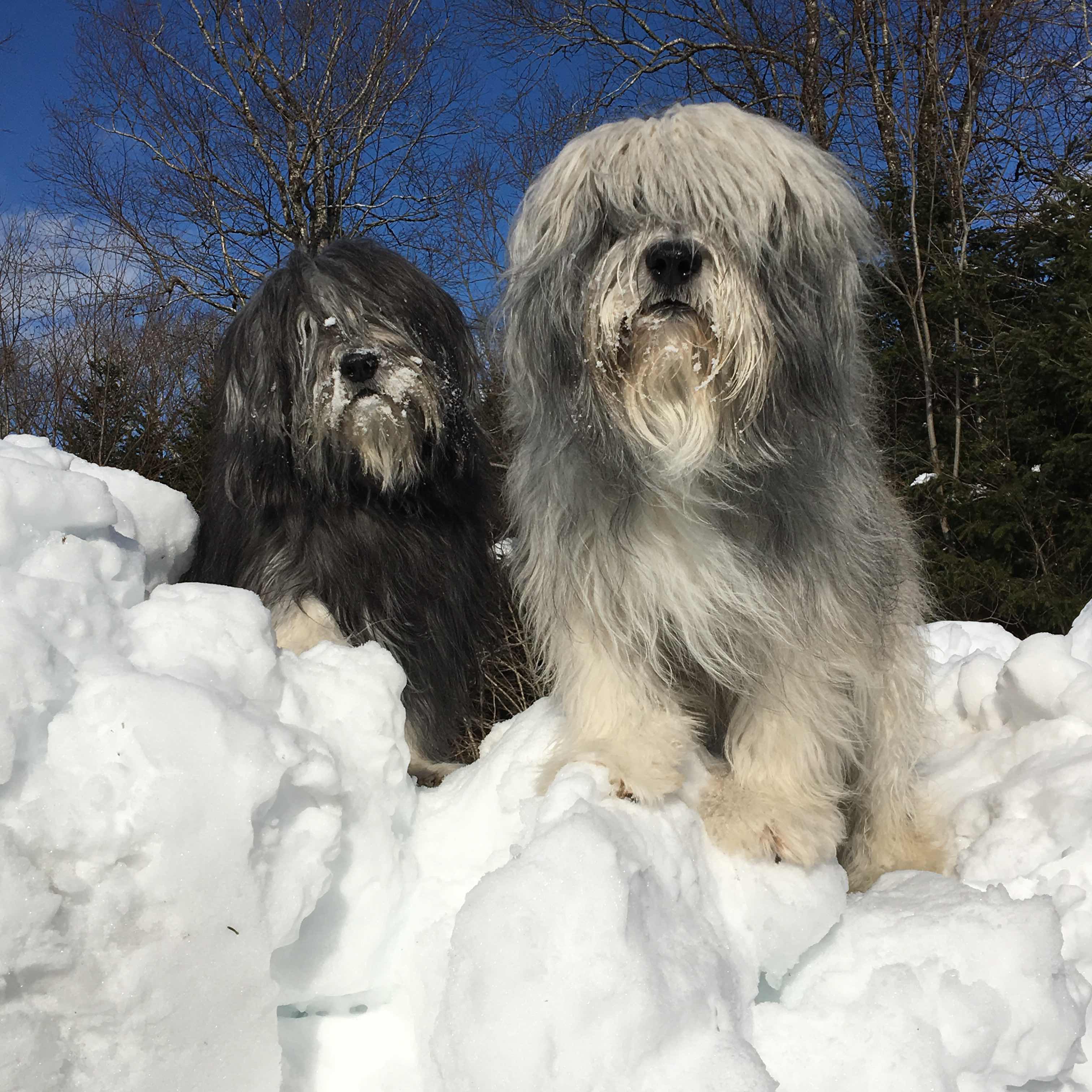 So I really am thinking that my insurance idea is a good one.  Here’s an interesting fact reported in a study in the Journal of the American Medical Association:  What has more than doubled in occurrence in the last 13 years in adults over 65 years old? Bone fractures related to dog walking!!   Now my human isn’t yet in the over 65 category (although some mornings she acts like she is over 95) but she is an example of falling on ice while dog walking – and breaking her wrist a few years ago. It was a few months before I wrote my very first blog entry.  It was actually 5 years ago yesterday.

She had taken me and Einstein out for our morning walk.  There had been a dusting of snow, and she wasn’t 30 feet from the front door when her feet went out from under her and she sat down HARD.  With her hands at her side.  She knew INSTANTLY without even looking at her wrist that it was broken.  Einstein and I didn’t know why we were going back in the house. But we figured SOMETHING was not quite right. She called her sister, who drove her to the emergency department.  Yup.  It was busted- requiring a big old cast. They didn’t recommend wearing a sling – but they gave her one to wear on the way home.  She removed the sling when she got home – and in her dazed state, left in on the counter.  That’s when Bucket Head countersurfed and SWALLOWED most of it.  Less than a week later, Bucket Head had to undergo surgery to remove the sling. Here’s a blurry shot of him at that time: 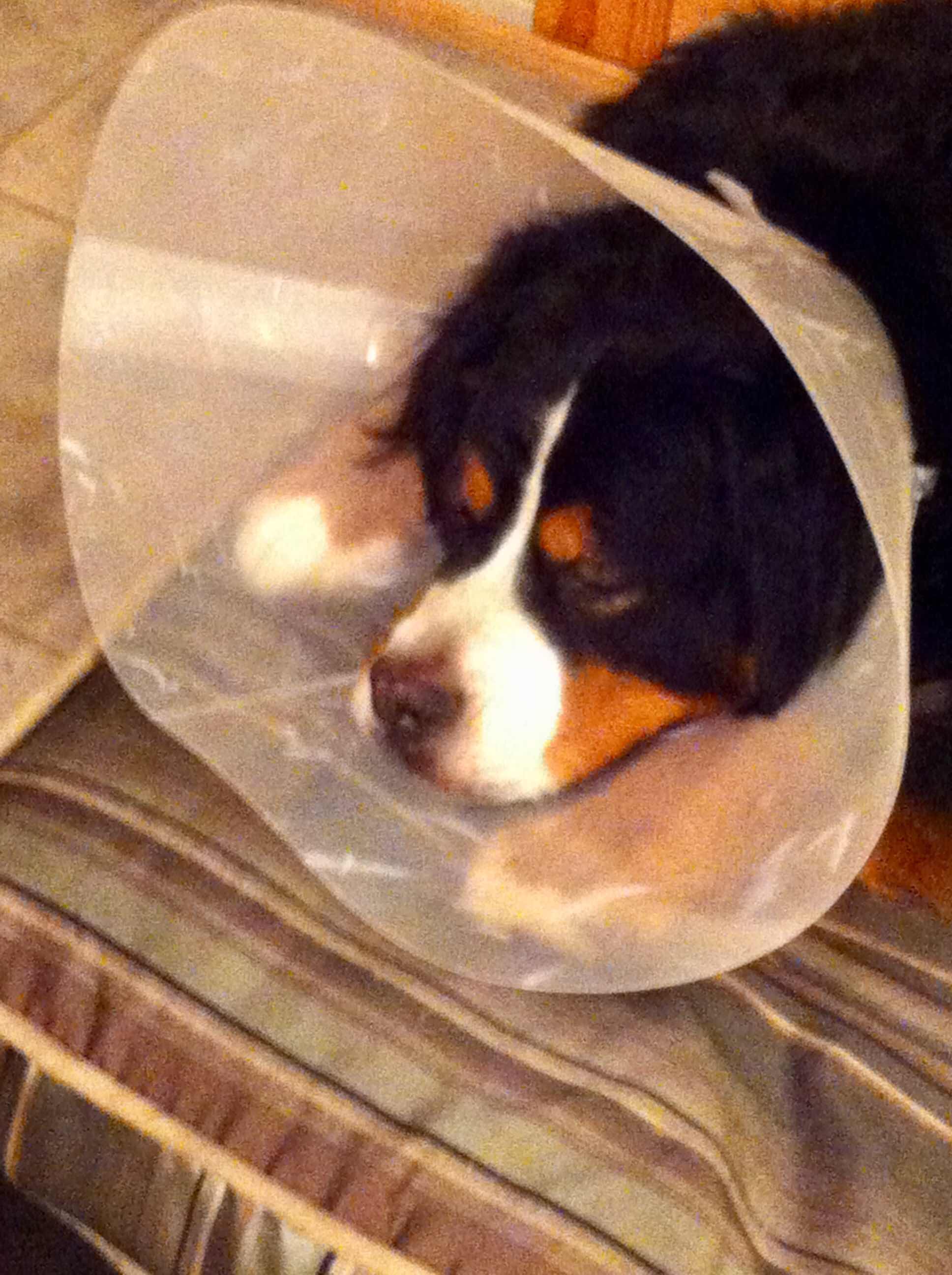 In looking through the photos (I’m not posting the gross black and blue pictures of my human’s fingers) – I found this gem that dates a few days AFTER Bucket Head’s surgery when he was no longer wearing the cone of shame. 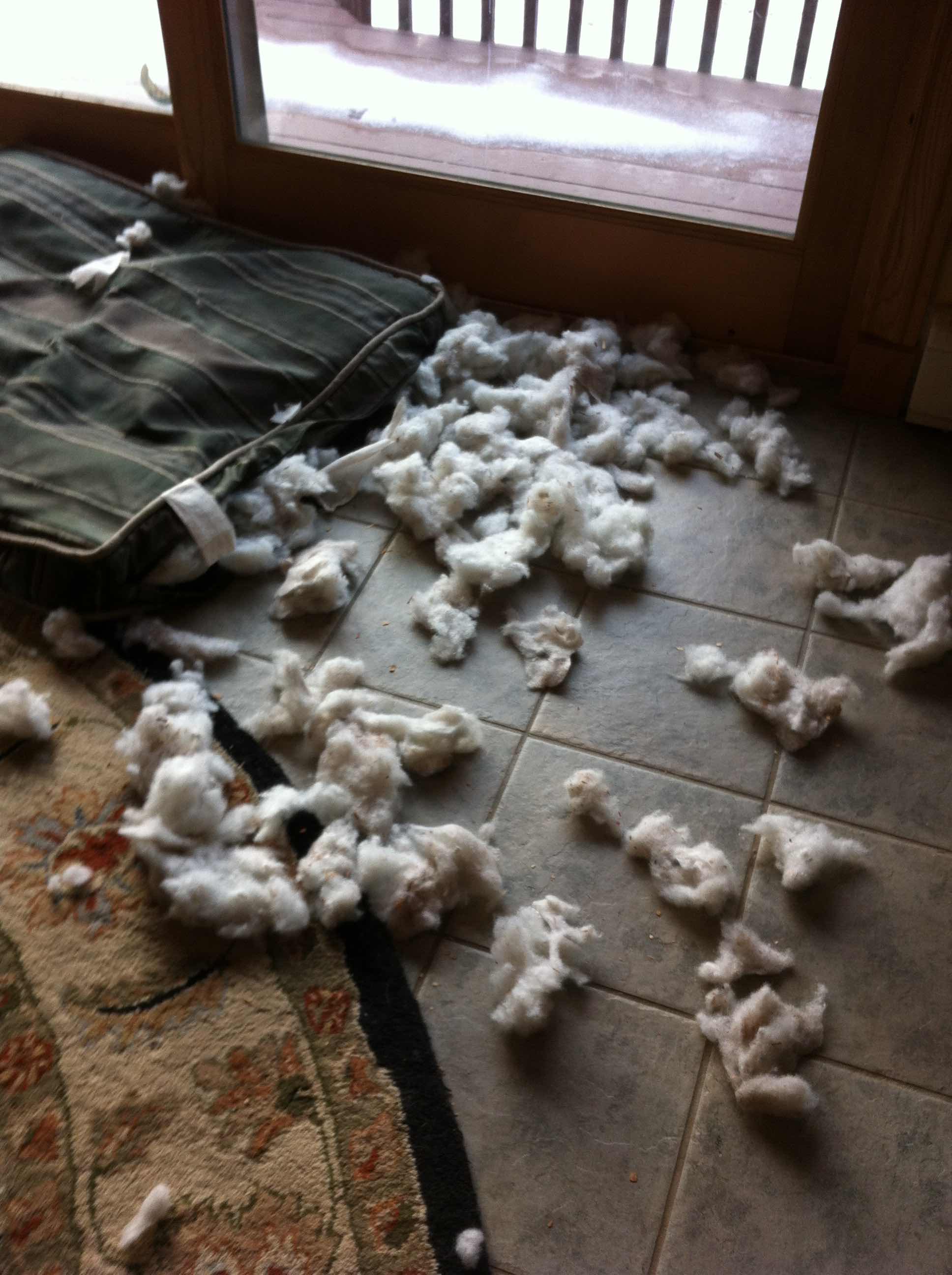 I barely remember that bed.  Or that carpet.  They say bad things happen in threes- I guess that was number three.  I DO recall that this WAS a joint canine effort….
So the moral of the story – no matter WHAT your age – be careful walking Fido.  And you know, I wonder if fractures increase at the end of the winter season because humans are getting more “spring” in their step and are maybe a bit less cautious?  But don’t quote me on that part – I made that up.
We are back to dark morning walks now BUT the sun will be out longer into the evening.  Plus we even slept in until 7 today!!!!
I hear the FG is going somewhere today.  Maybe another play date after his poor manners the other day?   Or maybe something else.
Tune in tomorrow to find out.
Have a good one.  Peace and paws up.
Seizure free days: 28

2 thoughts on “More on accidents…”