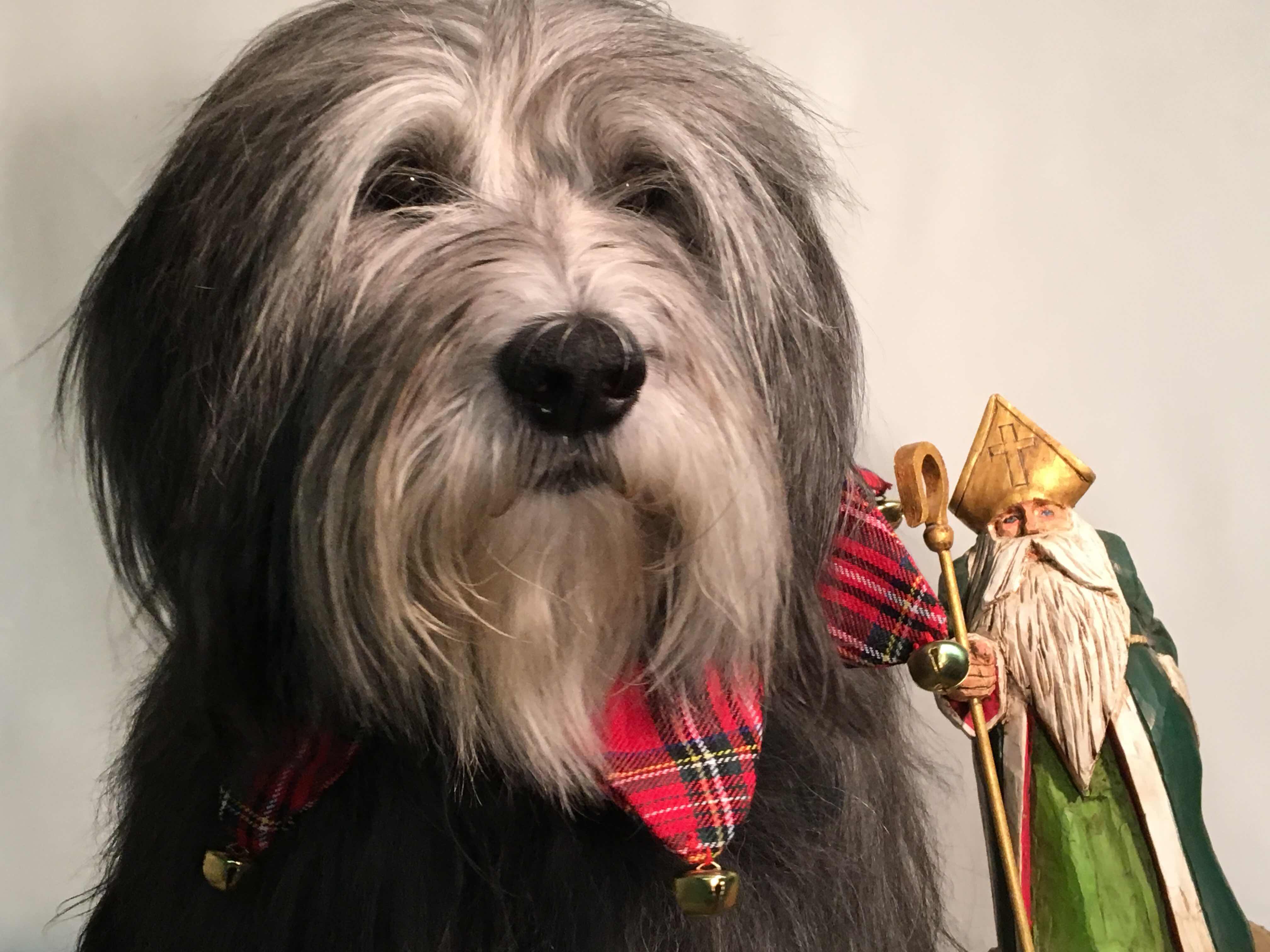 So today is December 6 – and it’s Saint Nicholas day.  Saint Nicholas of Myra who was a bishop in 270 AD in what is now Turkey, was known for being an all around good guy, and he was said to be responsible for many miracles.  Among many good works that he did, he was also known for secret gift giving. He is the patron saint of children, sailors, fishermen, pharmacists and pawnbrokers.  The connection escapes me there – but this much I know- in many countries, his feast day is celebrated with gift giving and it’s a big holiday.

And we all know who Saint Nicholas became the model for – none other than the fat guy in the red suit – Santa Claus.
So in keeping with surprises and sharing on this special day – my human is sharing her big news.  It’s official. She is retiring.  At the end of January!!!!! She will still be doing a little work now and then- but she will now be home with us all the time!!!!  ALL. THE. TIME.  We have so much to train her about our daily routine.  She has lots to learn.  I mean don’t get me wrong, we are overjoyed she’ll be here – but we DO have our own way of doing things.  She’ll just have to adapt.
I went in her closet the night before last and saw what I THINK might be some Christmas gifts for us. She caught me and told me to get out – and that the gifts were for someone else. Seriously?  Does she think I’m 5?  The FG might believe that story but not me.  Mind you,  I suppose the receipts are still in the bag – so any more chewed pillowcases and those gifts COULD be returned. Unless they really aren’t for us. And besides we still have to watch out because Santa brings HIS own gifts.  At least that’s what I believe….
Have a good one. Peace and paws up.
Seizure free days:11

One thought on “Saint Nicholas Day”