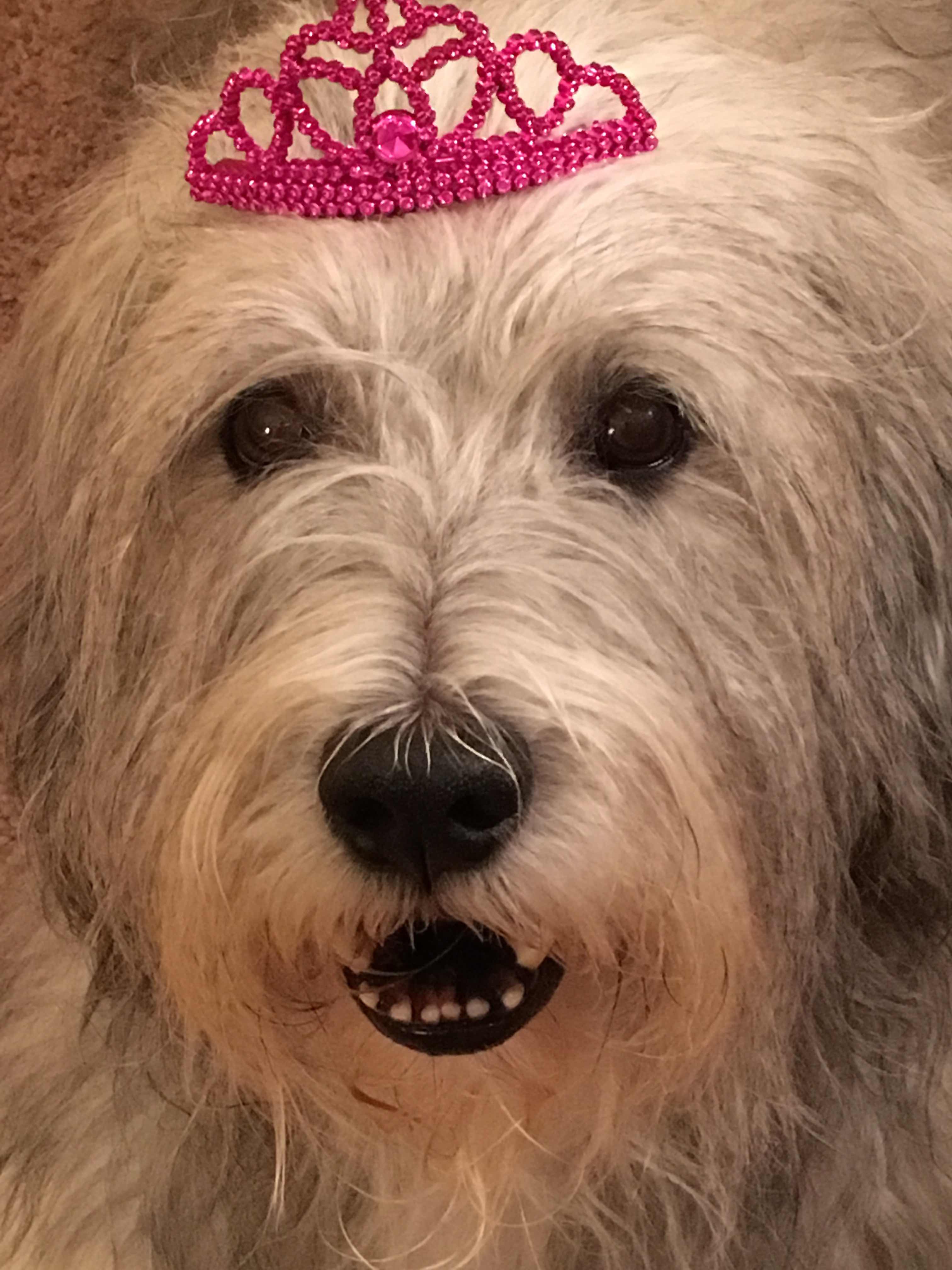 It’s official.  I am an uncle!!! And Einstein is a Dad!!  His mail order girlfriend gave birth on Saturday night. My human hardly slept all night -waiting for the news. Merida is his girlfriend’s name – and she lives clear across the country in British Columbia.  That’s the good news.  But here’s the glitch…Remember the ultrasound said at least three puppies? Well here’s the disappointment- there is just one puppy – a little girl.
We were hoping for lots of Frodettes but there is just one.  She has big paw prints to fill.
I shouldn’t say we are disappointed- because really, any life is a miracle.  And knowing how challenging breeding can be – especially at a distance, to have even one puppy is a gift!
If she takes after her father, she is going to be one chatty girl. We’ve never had a girl in this house – except my human.   Just us rough and tumble boys.
I don’t really get a say in picking her name – but it doesn’t stop me from making suggestions….How about Indy – for individual? Solo works – but I think that sounds more like a boy’s name. There’s Treasure. Because she is one.  Or Gem – which could be Gemma if you like two syllables. Addie – short for adventurous since she is the only puppy. Adira is a Hebrew name meaning strong.  Isa is a German name meaning strong-willed.  Mind you that might not be such a smart choice.  We know that PONs can be strong-willed to begin with.  Why add fuel to the fire?
Ada is a Polish name meaning nobility.  Tola is a Polish name meaning priceless.  And then we have Ula which means sea jewel.  Given that half her roots came from Nova Scotia – Canada’s Ocean Playground, that could work….
Anyway, we just hope she continues to thrive and leads a happy PONtastic life!  We are all excited to follow her progress as she grows.
Have a good one. Peace and paws up.
Seizure free days: 1