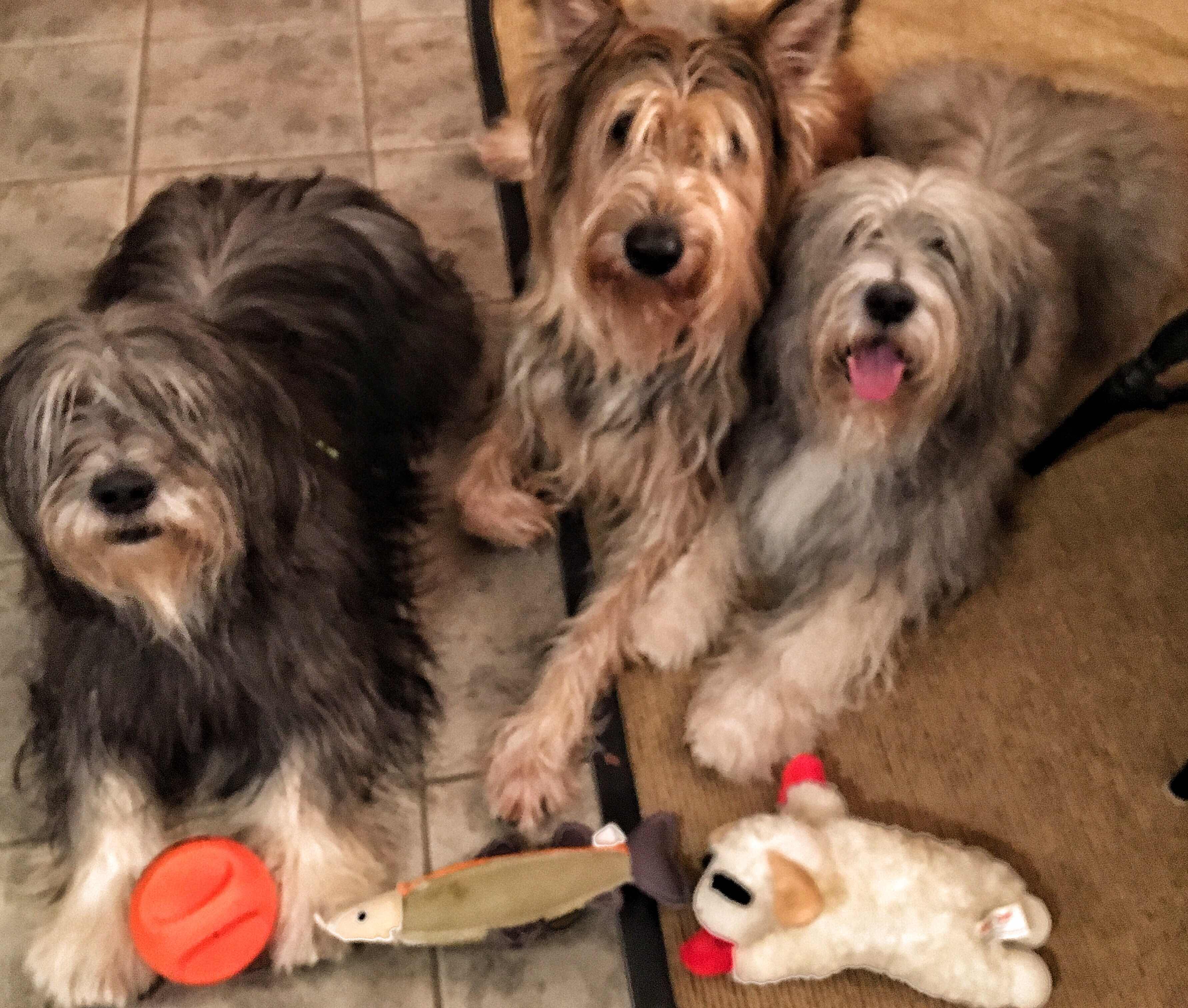 Well we got to play with our guilt gifts yesterday.  And some of us played better than others…

So my human finally brought out our gifts yesterday evening after supper.  Three toys.  All different. A ball with handles, a stuffed fish and last but not least – Lamb Chop – a stuffed lamb who is like a puppet  created by famous puppeteer in the 1950s – Shari Lewis. Lamb Chop appeared on various TV shows including Captain Kangaroo. Seeing Lamb Chop in the pet store brought back memories for my human – so the soft fuzzy toy HAD to come home.  And really- how appropriate for three Herding dogs.
To say we got a little excited when the toys came out would be like saying a hurricane is just like a gentle breeze.  We ALL kept leaping and trying to grab the toys. Particularly Lamb Chop.  So in order to play with the toys in a civilized manner, we did so one at a time.  The FG went first, while Einstand I were sequestered in the front hall behind the French door.  Screaming.
The game was simple.  My human tossed one toy and when it was brought back, she tossed another. My human was certain that the FG would prefer the ball, but much to her surprise, he liked all three.  He raced and retrieved each one.  He didn’t always bring them back, but he did get each one.  He had a grand time- and he loved tossing Lamb Chop and the fish into the air.
Then it was my turn. I got Lamb Chop and the fish, but when my human threw the ball I just stood there. Who wants a rubber ball?  I mean it has no appendages that can be ripped off. I refused to get the ball.  I mean REFUSED.  My human tossed it again. Nope. I wanted the other toys.  So much to my shock she announced “your turn is over” and she sequestered me again in the hall.  She’s a tough referee.
Then it was Einstein’s turn.  He ALSO refused to get the ball.  But when my human said “game over” he quickly obliged and brought each toy back- every single time. 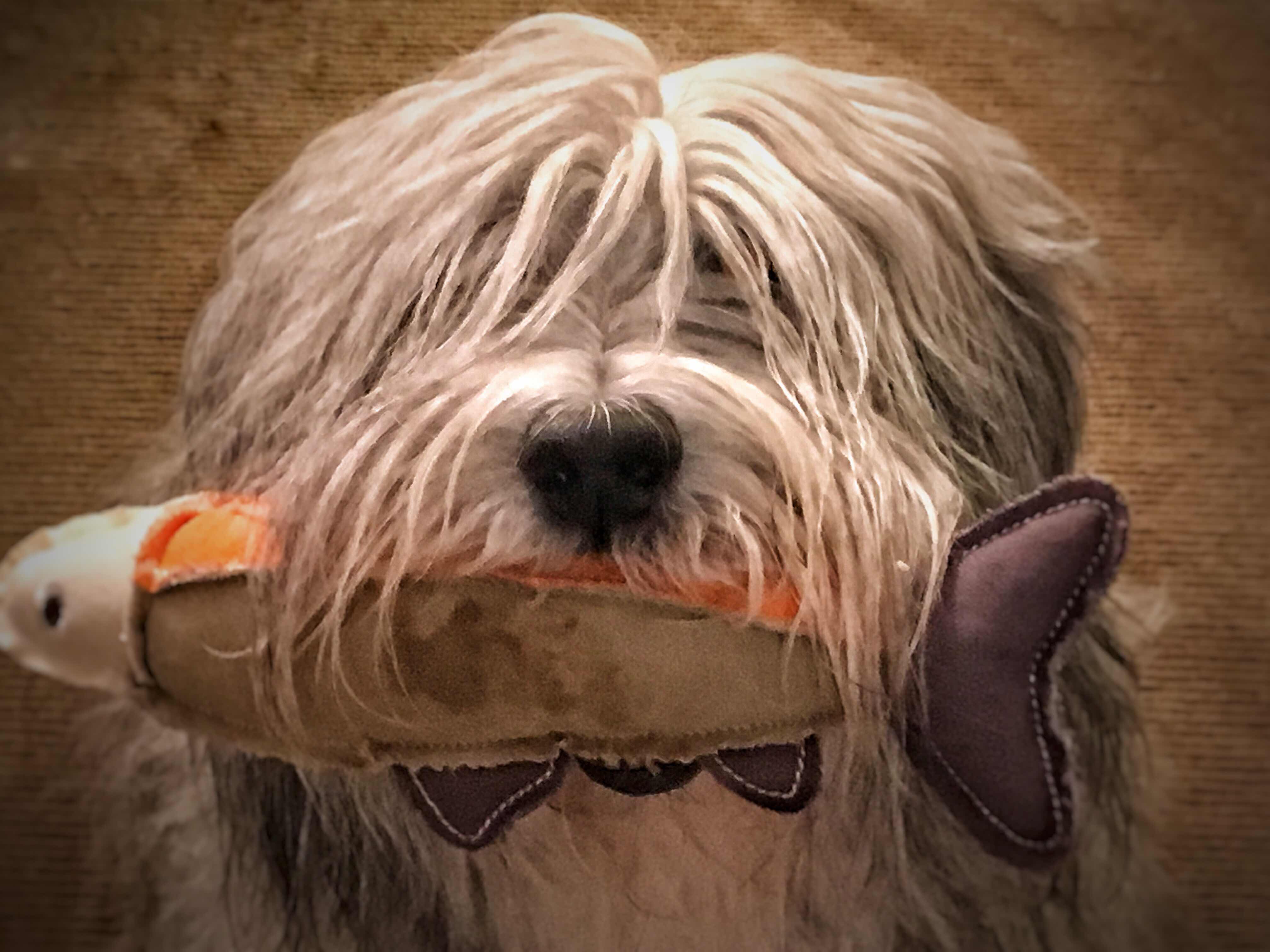 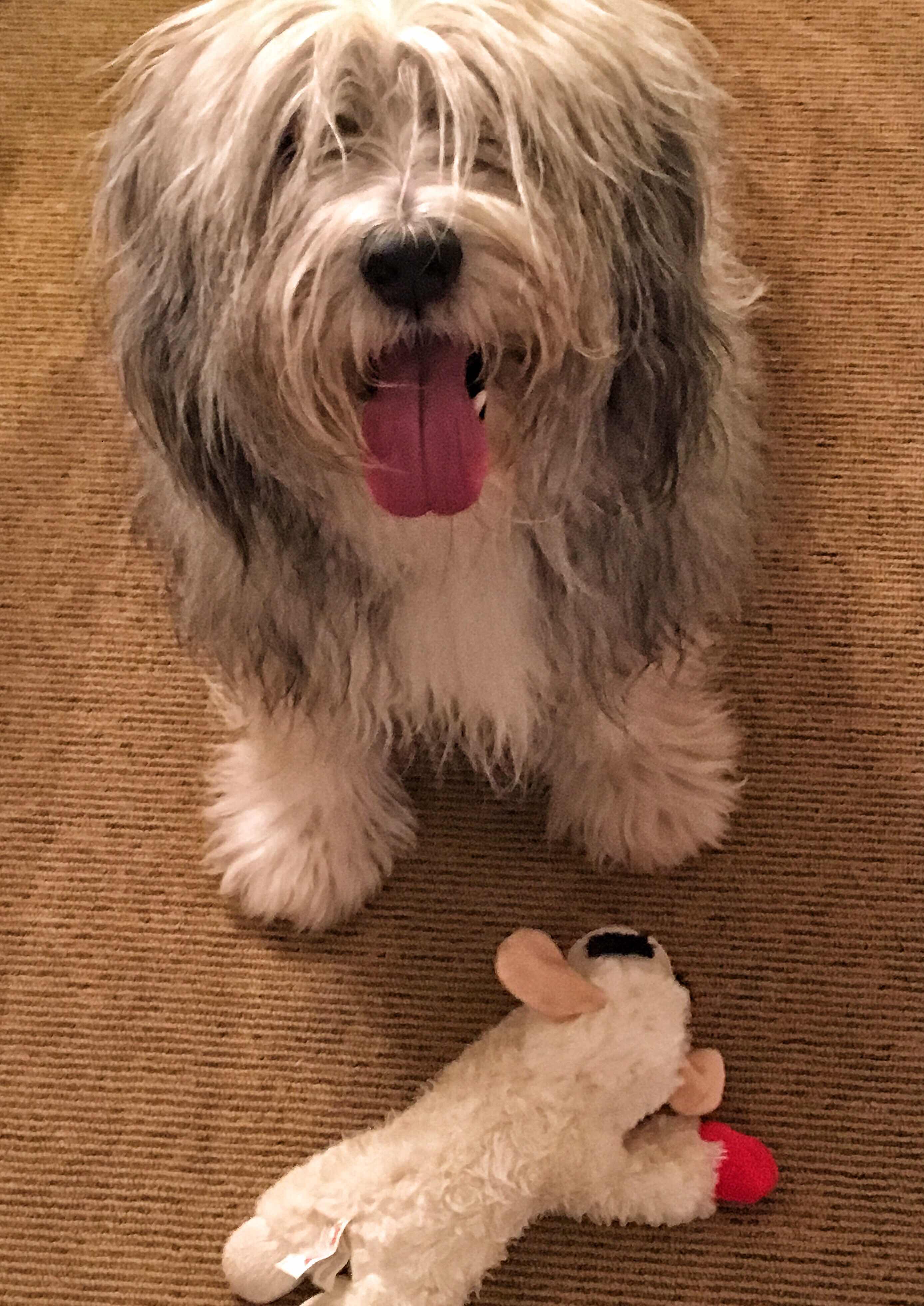 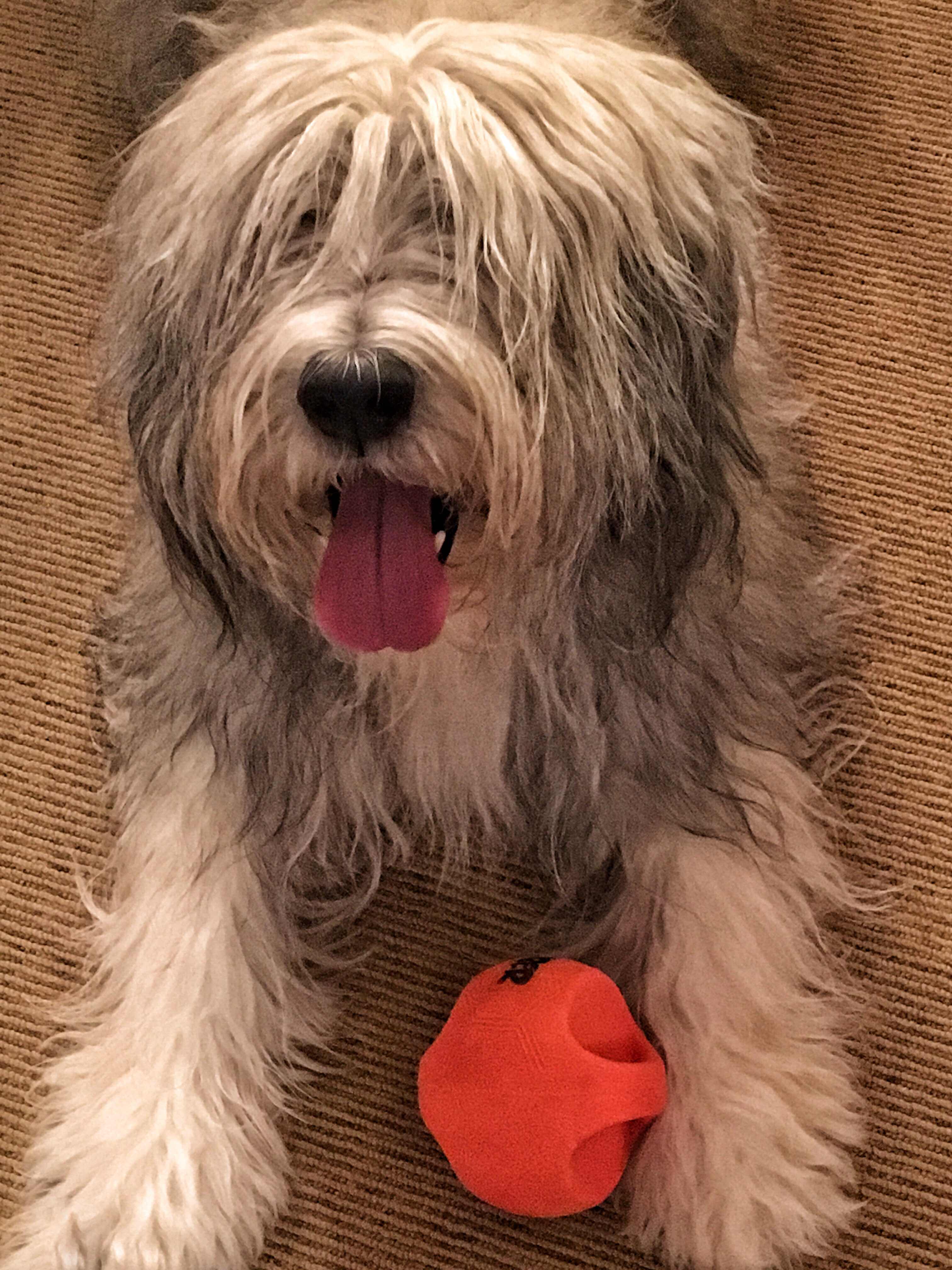 My human then gave me another try. She tossed the ball and I just looked at it. She ceremoniously announced “one more try.”  This time I got the ball.  I KNEW I was supposed to retrieve it. When I brought the ball  back I got a big treat. And then the fish.  But it was CLEAR that my favorite was Lamb Chop. I had turns with the fish and now soggy lamb, but when it again came time for the ball, I again refused.
Obviously I didn’t end up playing as long as the other two – even with my two chances.  My human and I like to see who can be more stubborn.  She won last night.  But the war is not yet over…
Plus I know where she hid Lamb Chop…give me 30 seconds in that garage…
Have a good one. Peace and paws up!
Seizure free days:  66