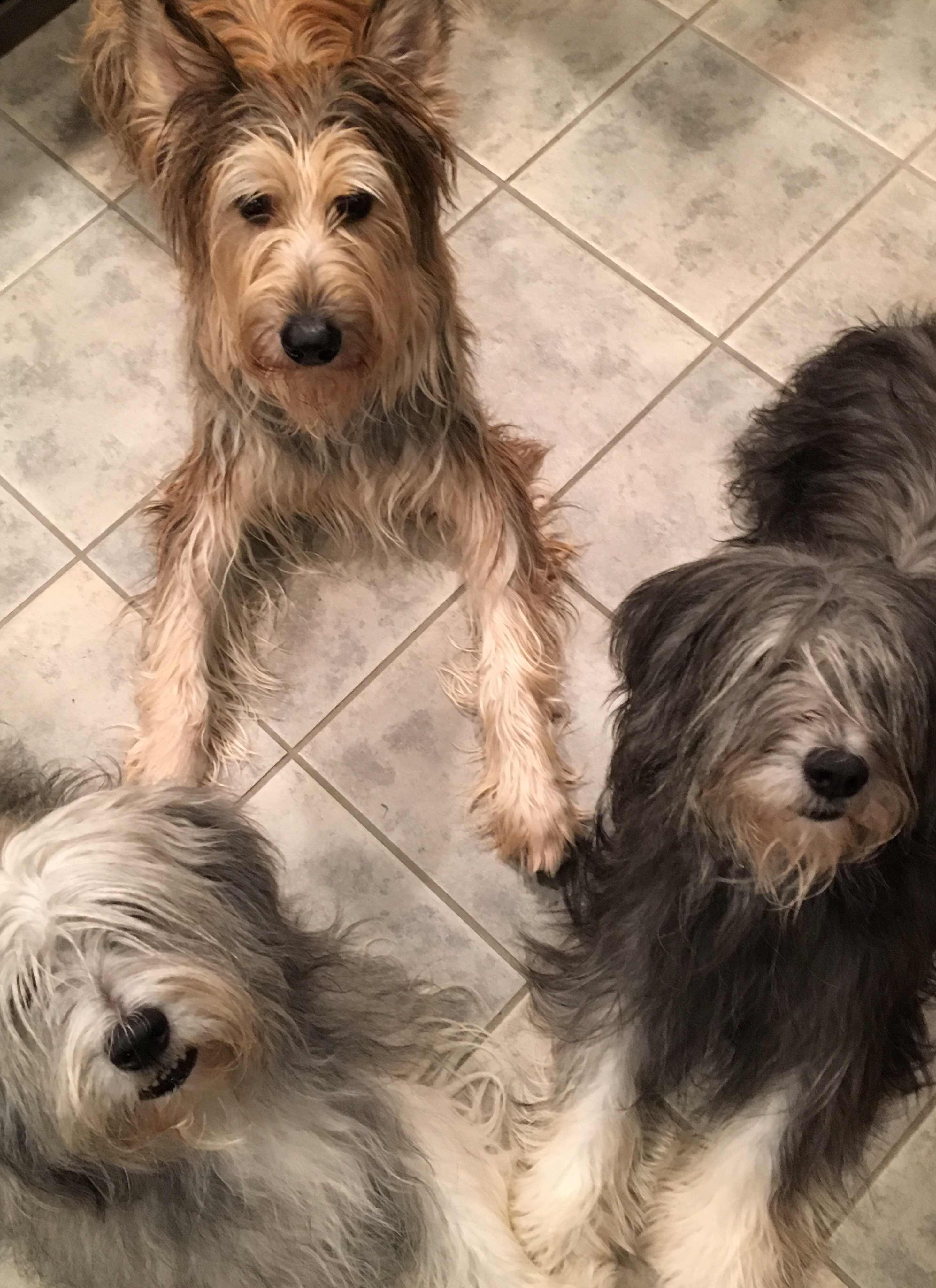 First off.  We are not getting a cat.  I am so disappointed.  My human is boring.

Anyway,  another new dog study just came out at Emory University.  They wanted to see just how we dogs understand language.  Sure – we respond to words like “sit, stay and down” – when we want to – but what is really happening in our brains when we hear those words.  Do we really understand them?

What they did was train dogs to retrieve two objects when they would hear the name of the object.  Lots of dogs can do that – remember that Border Collie who could discriminate the names of hundreds of objects?  Anyway, they trained the dogs to differentiate the two objects by name.  Then they put the dogs in a brain scanning machine – and did what is called an fMRI.  While in the scanner, the humans would hold up the two trained objects, one at a time and would then say the name to the dog.  They would also hold up the name of an unfamiliar, non-trained object and call it something weird – like a bobo.

The researchers also found that a variety of different areas of the brain were activated in dogs as well.  Unlike humans – where you can GENERALLY predict where the activation will be seen.  However, they noted that part of the problem with showing the exact area of activation has to do with the fact that they were using a variety of dogs so the sizes of the brains varied – and it is a bit more difficult to map the areas and make comparisons.

So what is the bottom line takeaway message? Well we dogs DO understand words.  But in terms of training us to do new tricks, another study pointed to the fact that we dogs may respond more quickly to visual and scent cues than to verbal cues alone.  Which for me makes some sense- I can hear the word “treat” and I’ll respond- but let me see it or smell it – and boy oh boy my responses are much quicker!!

We dogs DO understand you humans QUITE well, and we easily pick up on emotions and gestures too.  We understand much of what you say to us – but in this household anyway, our responses to your verbal commands vary greatly depending on our mood and IF there are treats!  We hear ya calling our name -and understand-but sometimes other “things” take higher precedence- like a running bunny.  But trust me – our brains are working just fine!!!!!
Actually, I think my human should speak to us in Polish and to the FG in French.  I BET we would understand better.  Suuuuure we would….
Have a good one. Peace and paws up.
Seizure free days: 36