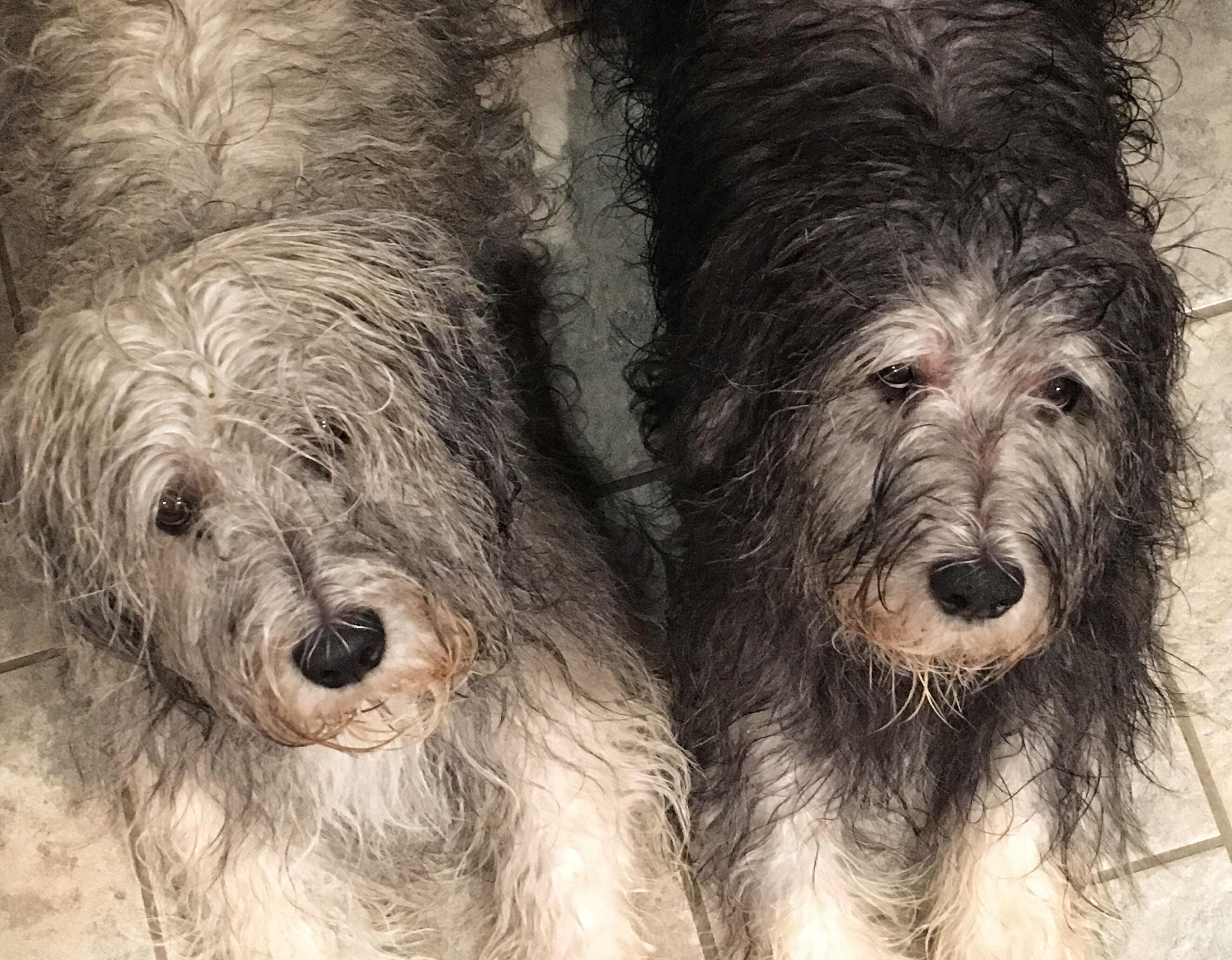 She should have known it was going to be a bad morning when none of us was in a hurry to go out.   We heard the rain.  And the wind.  So in typical PON fashion, when the front door was opened, we stood there like we were statues. My human had to PUSH us out the door.

It was dark.  It was raining.  And all the pretty colored leaves were being whipped around us.  My human begged “If you just poop quickly, we will go right back in.”  Einstein listened.  Me?  Not so much.  We walked down the road part way and Einstein did his thing.  We headed for home and we walking-wet-potato-sacks started moving more quickly.  HOWEVER, when we got to our driveway, my human walked right past it.  She looked at me and said “VIKTOR – you NEED to hurry up.” Hurry up is the polite way of saying GO POOP!  I trudged along as if I had been told I wouldn’t be fed for 24 hours.   I FINALLY did my thing about 50 yards down the road.  You should have then seen us racing home.  The FG went out next.  Luckily, the FG is a power pooper at the best of times – so he did not disappoint in the inclement weather.  Thank goodness.

And speaking of morning walks in the dark – we made sure to wake up the entire neighborhood last week as well.  Remember Max?  The new puppy on the road who now towers over me and Einstein?  The incredibly joyful, energetic, bouncy dog who is doing an excellent job of training his humans?   Well it seems that Max is starting to do morning dark walks just like us.  My human can spot their human and the telltale headlamp, and she often heads the opposite direction.  Not because Max is bad.  But we are.  Well – Einstein is.  Because after all, he OWNS the road.  So he barks out his “greetings” if ANYONE dares to walk on his road.  After years, he no longer does it when he sees Pig Pen or Pig Pen’s humans.  But anyone else on the road?  They MUST hear his proclamation of ownership.

Anyway, the other morning we were headed home and much to my human’s surprise, out of another neighbor’s yard there appeared a light.  AND a dog.  It was Max.  And as predicted, Einstein went Cujo crazy.   Not that he would do anything to Max – in fact he approached him and just smelled him all over, while barking the whole time.  Poor Max didn’t know what hit him when we crazy PONs appeared out of the dark.  Now, I’m generally quiet during these interludes.  But on that morning, I started in on the chorus as well.  My human did the apologetic “they really are friendly” speech as she dragged us home.  Einstein stayed puffed up and grumbling all the way home.

I vote RETIRE.  What do you think?

Have a good one.  Peace and paws up.
Seizure free days: 34