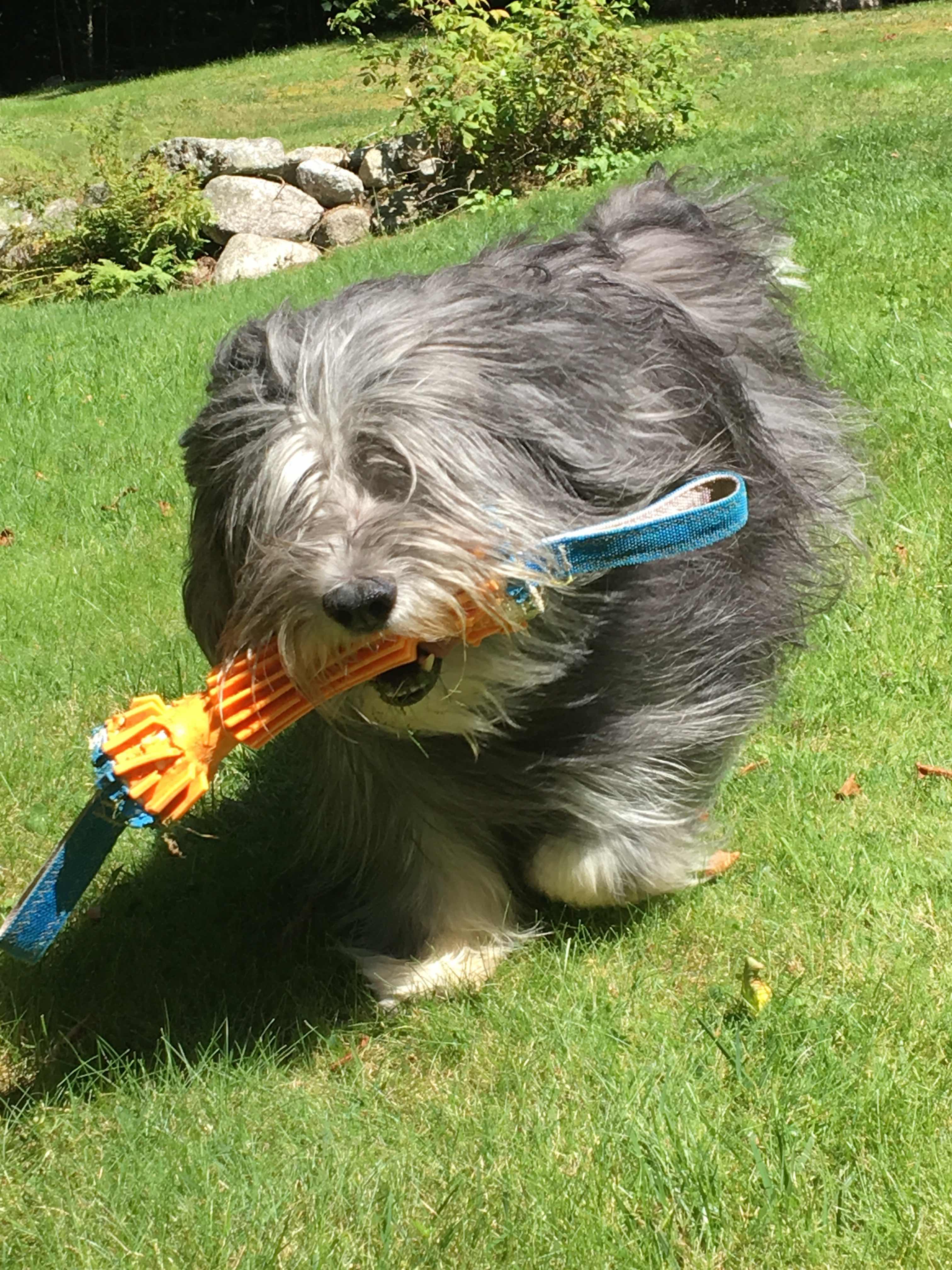 Thank you for all the good wishes.  I read so many wonderful, supportive comments – some from people who I didn’t even know read my crazy blog!  They are clogettes- closet blogettes. It’s kind of weird to know that there are people around the world who read about our adventures.  And I hope we provide information from time to time that help people.

I have what is called idiopathic epilepsy – which basically means I have seizures for some unknown reason.  For example, when someone has a brain injury – or even a stroke, they may sadly have seizures after the event.  So they know the cause.  But in my case, we don’t know why I have seizures. Mind you, it may have been from running into a tree at some point – I can be a bit reckless when chasing rabbits!   But that’s probably not it.

One of the first and most common drugs used to treat epilepsy in dogs is phenobarbital.  It is a “go to” drug.  Unfortunately,  in my case, it didn’t control my seizures.  So a second drug was added.  Potassium Bromide.  Which is kind of like salt. I’m not sure why I just can’t eat potato chips. They are salty.  But no – I needed the drug.   The problem with phenobarbital and Potassium Bromide is that they can have side effects.  Phenobarb can affect your liver.  And both of them can cause a condition called ataxia.  Ataxia is, in simple terms, incoordination of muscles.  In my case, my rear legs do their own thing at times.  So I appear weak.  I run to fetch a toy – which as you ALL know, I LOVE to do – and when I get to the toy, I often go rolling.  I also have trouble jumping up on things – like into the car.  I used to be able to leap onto the grooming table.  Not now.  (Truth be told – I still can, but I pretend I can’t).

Now before you start feeling badly – please note that my rear end is NOT so weak that I cannot stand and countersurf.  VERY easily.  In that particular situation, my back legs work JUST great.

Anyway, even with the combination of both of those drugs – I was still having seizures.  So we added a THIRD drug called Zonisamide.  When my human went to pick up the prescription (only available
through the vet) they didn’t have the pricing.  So she picked up the 3 month bottle.  After three months, she ordered three more.  Imagine her surprise when the bill came to $500 for the two prescriptions.  I think that’s when we added ads to my blog…

Also at that time, my human added CBD oil.  And as you all know, that cocktail worked like a CHARM for 112 days.  But while I wasn’t having  seizures, my ataxia was evident.  So, my human and our vet decided to wean me off the Potassium Bromide.  And I was ALMOST off it….and we know what happened next.

So now we need to go back on the Potassium Bromide.  Only problem – it can take 21 days before it stabilizes.  So we could be in for a rocky road.

Epilepsy is a very tricky condition.  What works for one, may not work for another.  And it is a balancing act – between seizures and side effects.

While epilepsy can affect any breed – including multi-breed dogs, there are some breeds more prone to it including the following:

There has been some research helping to identify a cause.  For example,  in the  Lagotto romagnolo, there has been a gene mutation identified which detects a juvenile form of epilepsy. Scientists have also found a gene for progressive myoclonic epilepsy in Wirehaired Dachshunds.  So research IS happening…

My human has been encouraged by people who have related stories of dogs with epilepsy who go on to live long lives.  To be honest – I don’t feel badly when I have a seizure – but afterwards I am FAMISHED.  I mean FAMISHED – like normal PON starvation mode times ten.  Imagine THAT.  So I HAVE to eat.  Or I can’t settle down.  I race around (rather wobbily) searching for food.  So I have to be fed.  I go CRAZY.  That’s almost the worst part from my human’s point of view!

Anyway, that’s long – but really just a short snippet about epilepsy.  Well – about my experience with epilepsy.

We hope we can help others who may be sharing our journey by talking about it from time to time and we also hope to learn from others who are experiencing the same thing.  In the meantime – keep watching the counter – and we hope it continues to go up and up and UP!

Have a good one.  Peace and paws up.
Seizure free days: 1