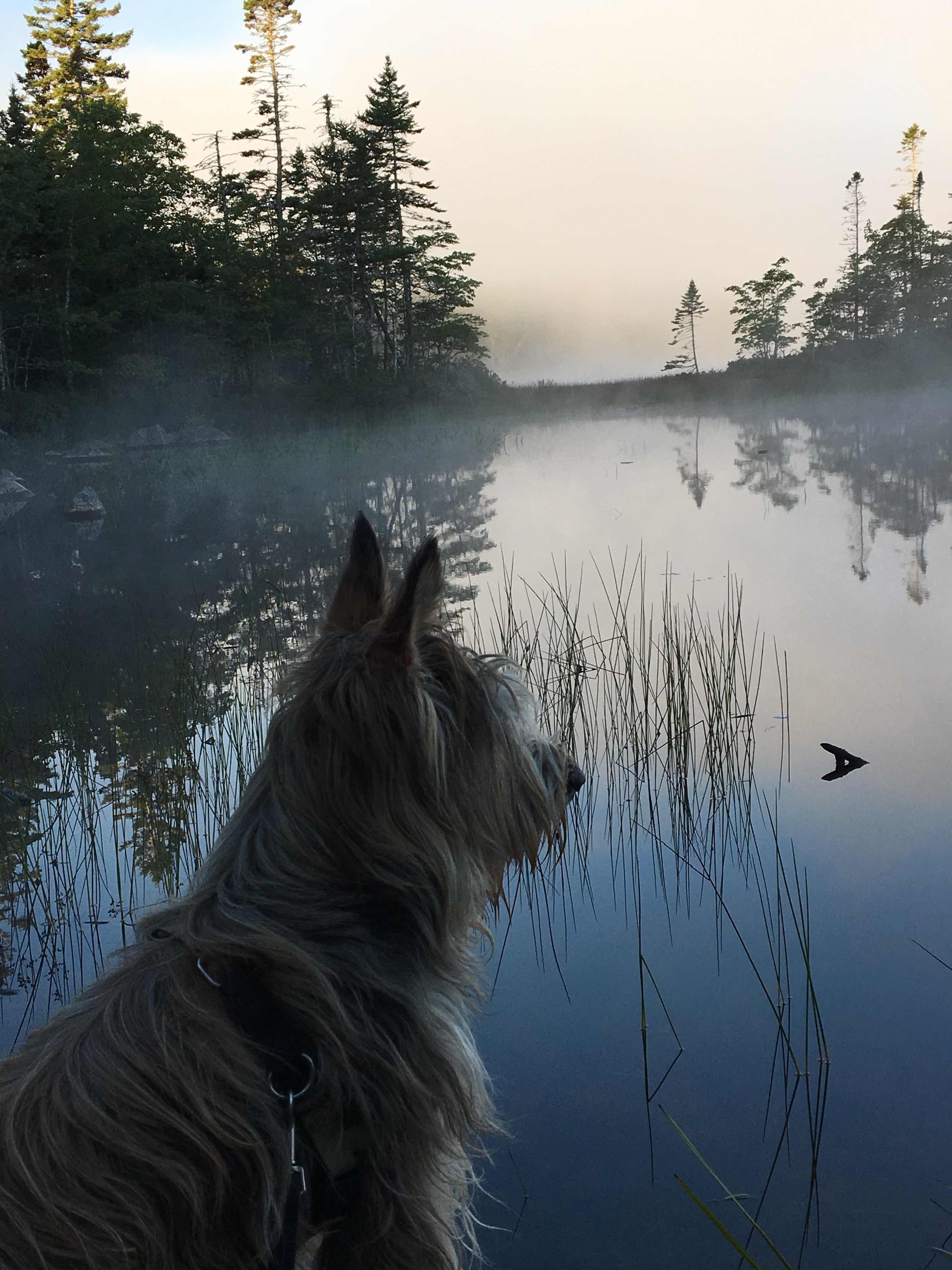 Well we still smell good.  So good that my human didn’t want us to go for a run on the golf course before she went to work yesterady – for fear we would get “dirty.”  Seriously.  So we just got to walk up and down the road. B.O.R.I.N.G.

I was scrolling through some articles on the net and came across a story posted by Good Housekeeping. They are the magazine/group that post a “seal of approval” .  Their seal is basically an approval rating on products that allows you two years to return any defective product that has their seal. They seem like a pretty reliable source.  So when I saw that they had an article about the 13 Best Guard Dogs to protect home and family, of course I HAD to check it out.  And here is their list:

1. Akita  – no surprise with these large imposing Japanese dogs.
2. Appenzeller Sennenhund – this one was a surprise. They are one of the four tri-colored Swiss breeds (which include the Bernese).  Who knew these small dogs were good guard dogs?  But I guess they did protect flocks.
3. Bullmastiff – kind of a surprise.   I mean they were bred as gameskeeper’s dogs and they guarded estates.  I guess the big, affable guys we see at shows don’t get a chance to show us their protective side.
4. Catahoula Leopard Dog – never met one.  Apparently they mature and act like adults by 10 months.  They are an American breed, and they are used for hunting.  Not leopards.  They hunt wild boar and have a crazy prey drive.  They are named for the leopard-like spots.
5.  Caucasian Shepherd dog.  Again – never met one.  They look pretty big and imposing – but are supposed to be great with families.
6. Doberman Pinscher – again – no suprise.  I expected them on the list.
7. Estrella Mountain dog – another one I’ve never met. They come from Portugal.
8. German Shepherd  – expected this one on the list.
9.  Giant Schnauzer – I know they were used during war time – so no surprise here.
10. Puli – who knew that the dustmops could be guard dogs.  The intruder might not know which end has the teeth…
11. Romanian Miortic Shepherd dog – Google these guys.  They look like PONs on steriods.  I want one.
12. Rottweiler – as expected
13. Staffordshire Bull Terrier – these guys can actually be pretty friendly – but they did make the list…

Note – no PONs on the list.  Or Picards.  Einstein is an EXCELLENT guard dog.  Hence the squeaky voice.  The FG…not so much.  Although….when he does hear something that concerns him, and he barks….ooooooeeeeeee – he sounds ferocious!  But he still didn’t make the list.

I actually think ANY dog COULD make the list.  Becasue we like to protect our humans.  And our food bowls.  Except maybe the Italian Greyhound.  Sorry. I like them – but I juuuuuuuust don’t see them as guard dogs.  Chihuahuas yes.  If one of those guys grabs onto your ankle it sure would hurt!  But sorry – Italian Greyhounds…no…..If anyone has a super protective Italian Greyhound- I’d love to know about it!

Well back to guard duty.