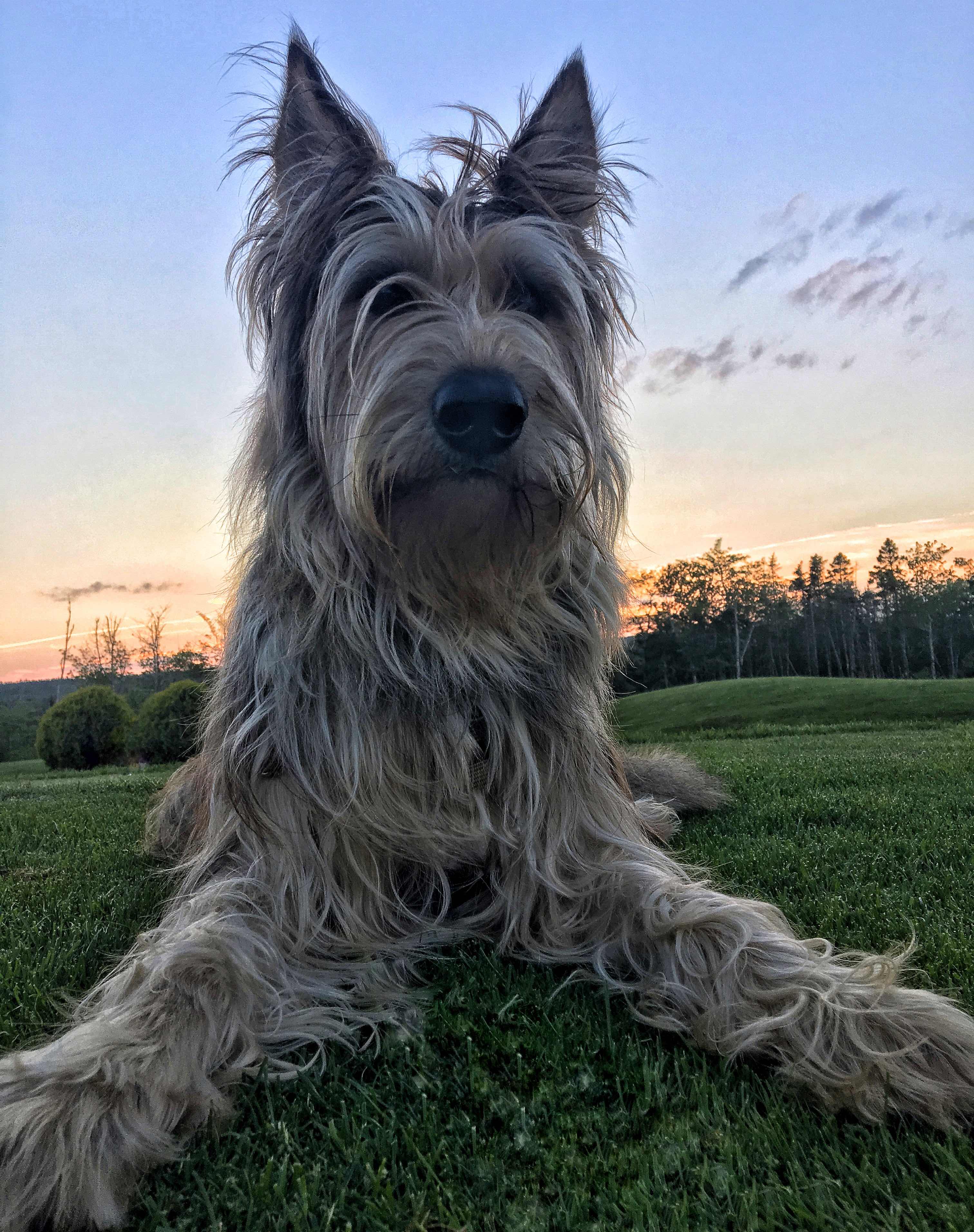 On Friday morning, my human and Jackson ‘s human agreed to go for a walk.  Einstein and I had gone with them the other day – the green feet day-,so this time it was the FG’s turn.  My human prepared herself – she got his long line, a pocketful of treats and his fetch toy.  She also put on her body armor.  Just kidding.  About the treats.  Everybody knows the Picky Picard is not exactly a treat hound.
As they walked up the road, the FG spotted Jackson coming out of the fog.  And in typical FG fashion, he turned himself inside out.  It was everything my human could do to hold onto him. My human had visions of Labrador tail tufts being ripped out.  She held on tight until they got to the golf course.   Then she said a short prayer and let go of the long line.  He raced over to Jackson, gave him the customary olfactory exam and then did something that shocked my human.  He came back to her.  He stood waiting for her to throw his fetch toy.  She did and he raced out to get it .  He came back 3/4 of the way, plopped down and waited for my human to come over and throw it again.  She is an excellent retriever.
Anyway, the point is, the FG wanted to play with my human.  Sure he was happy to see Jackson, but he was much more interested in my human.  And he never took off.  He swam and retrieved the fetch toy numerous times.
While some of you might be saying, “that’s no big deal” – I assure you, it IS.
Yesterday when my human’s sister came for a visit and we all bolted out the door, ordinarily an escape move like that would mean 20 minutes of trying the catch the FG.   He ran around the parked car, my human called to him and he raced back into the house.   Another shocking move.
I think the FG is truly starting to settle down.  If he starts liking treats, I could be in real trouble!
Yesterday was put-the-house-back-in-order-after-painting day.  Pretty boring stuff to us dogs.  Not that we REALLY wanted to do much – it was too hot and muggy.  I can’t remember heat like this is my lifetime. I don’t think I really like it.
Hopefully today will be a bit better.  Paws crossed.
Have a good one.  Peace and paws up.
Seizure free days: 75