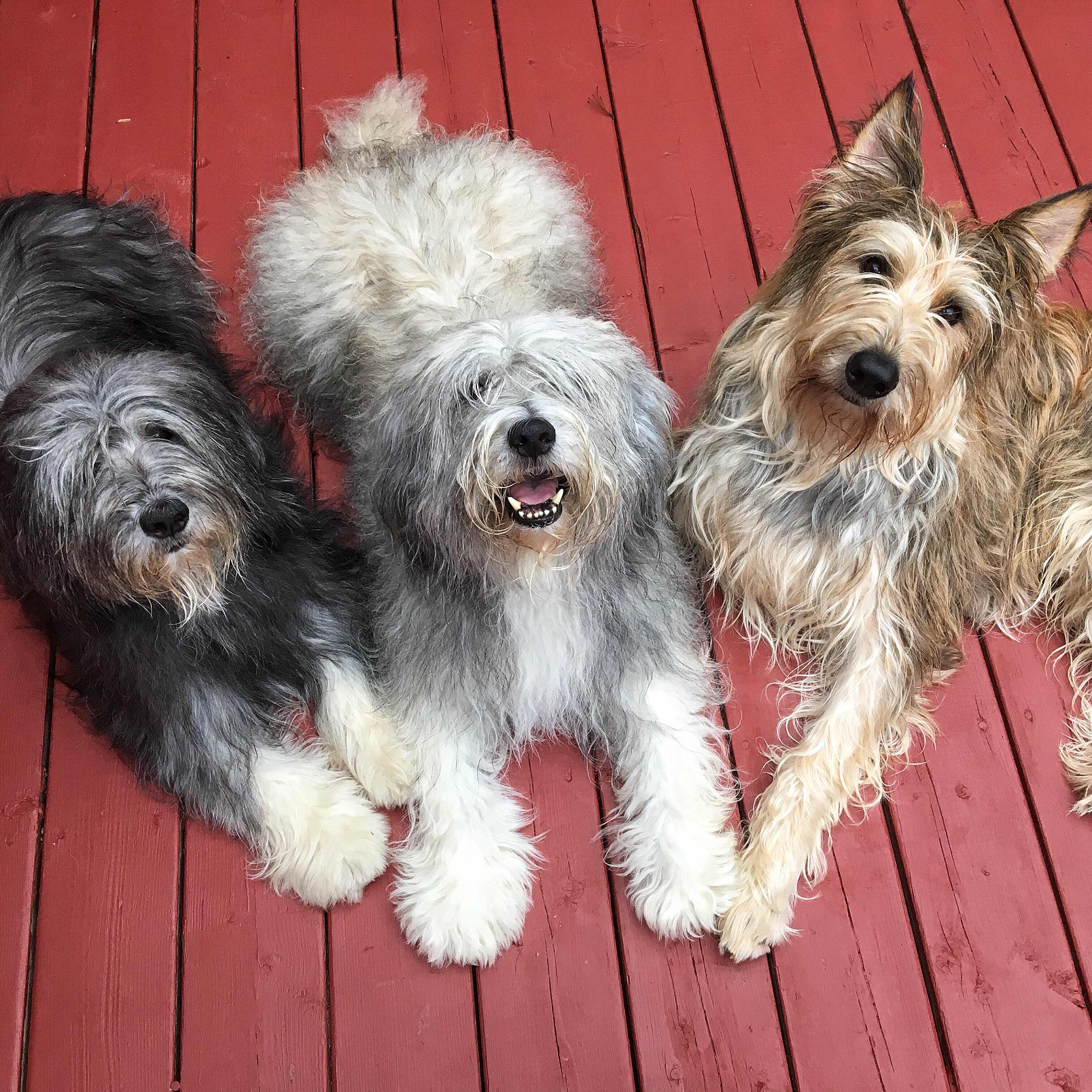 Less than a minute.  That’s all the time it took for the newly painted deck to be christened.

My human has been waiting to let us out on the deck for over a week.  I’m not sure why – it was dry within hours.  I guess I know the reason.  She didn’t want us peeing on it.
She cleaned the BBQ, a favorite target and even went out and bought a new cover – so there would not be the pee smell from the old cover.  She debated whether she should ever let us out there – but that seemed silly.  So the other night she gathered us up- with her squirt gun in hand.  First she took us outside and made sure each of us had a big pee.  Then she brought us in, stood by the deck door and gave us the speech: “OK.  The deck is newly painted.  It took a lot of work.  It is fresh and clean.  I don’t want anyone peeing on it.  I have my squirt gun – so if any of you squirt, I will squirt.”  We all looked at each other and rolled our eyes. And then she opened the door.  And like cows being released from the barn after a long winter, we raced out.  And she followed, repeating “No peeing. No peeing.”
Einstein raced to the BBQ with the new cover and inspected it.  My human threatened him with the gun.  He ran off.  I just walked around checking out the paint job.  She watched me and was trying to keep an eye on all three of us- like a goal tender at a soccer match.  And then , before she could blink she watched as the FG raced to the wall and lifted his leg.  She shouted “nooooooooooo”.  Too late.  The deck had now been christened. 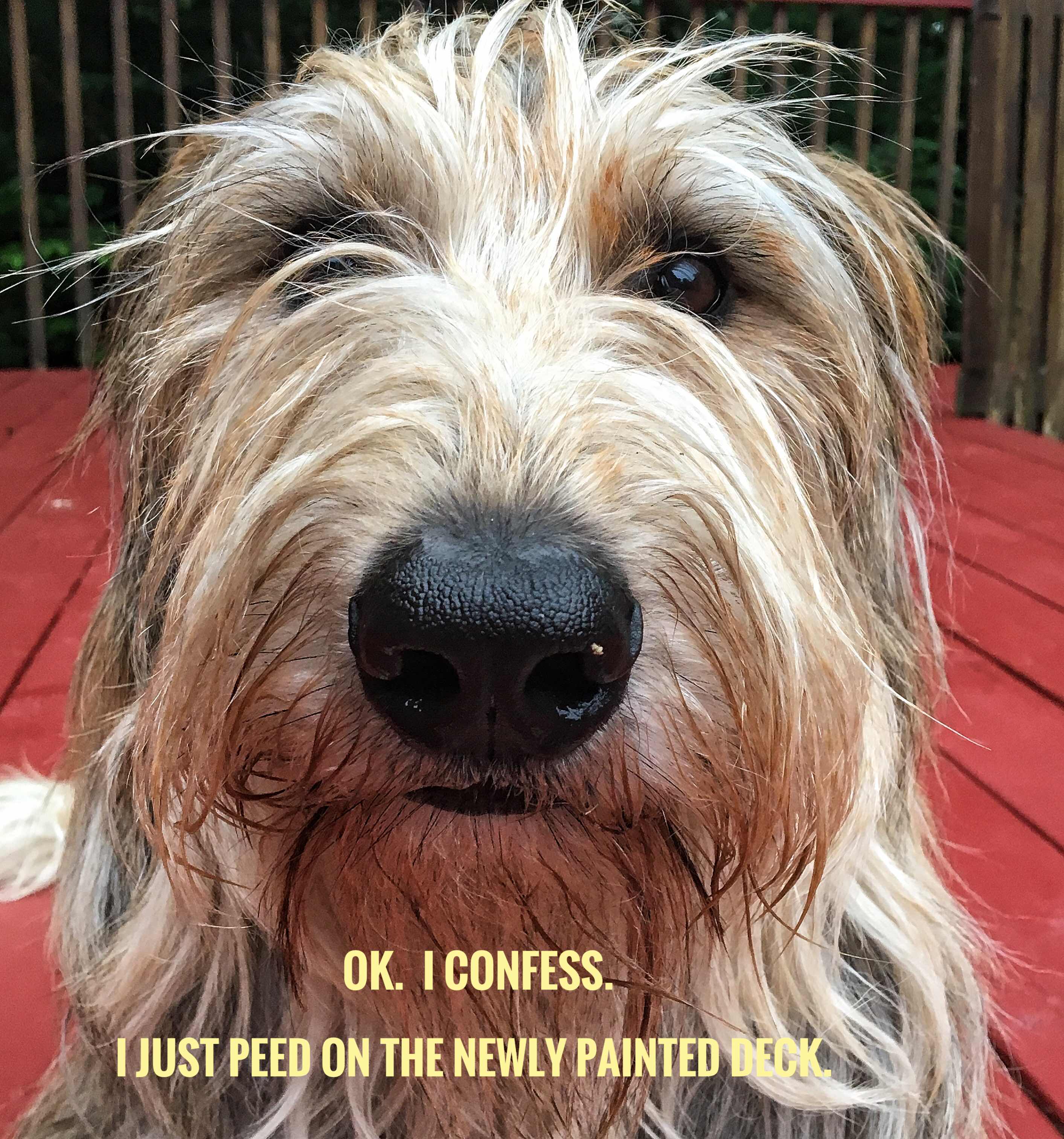 She went inside to get a pan of soapy water to douse the offending puddle.  I should note that she looks at me and Einstein as she went in the get the water and said, “don’t even THINK about it.”  We kept our pee to ourselves.  For now.
Of course we then needed the obligatory new deck photo shoot.  We cooperated because the treats were good.
Next week the painting indoors will begin.  I can hardly WAIT for THAT adventure…
Have a good one.  Peace and paws up.
Seizure free days: 64