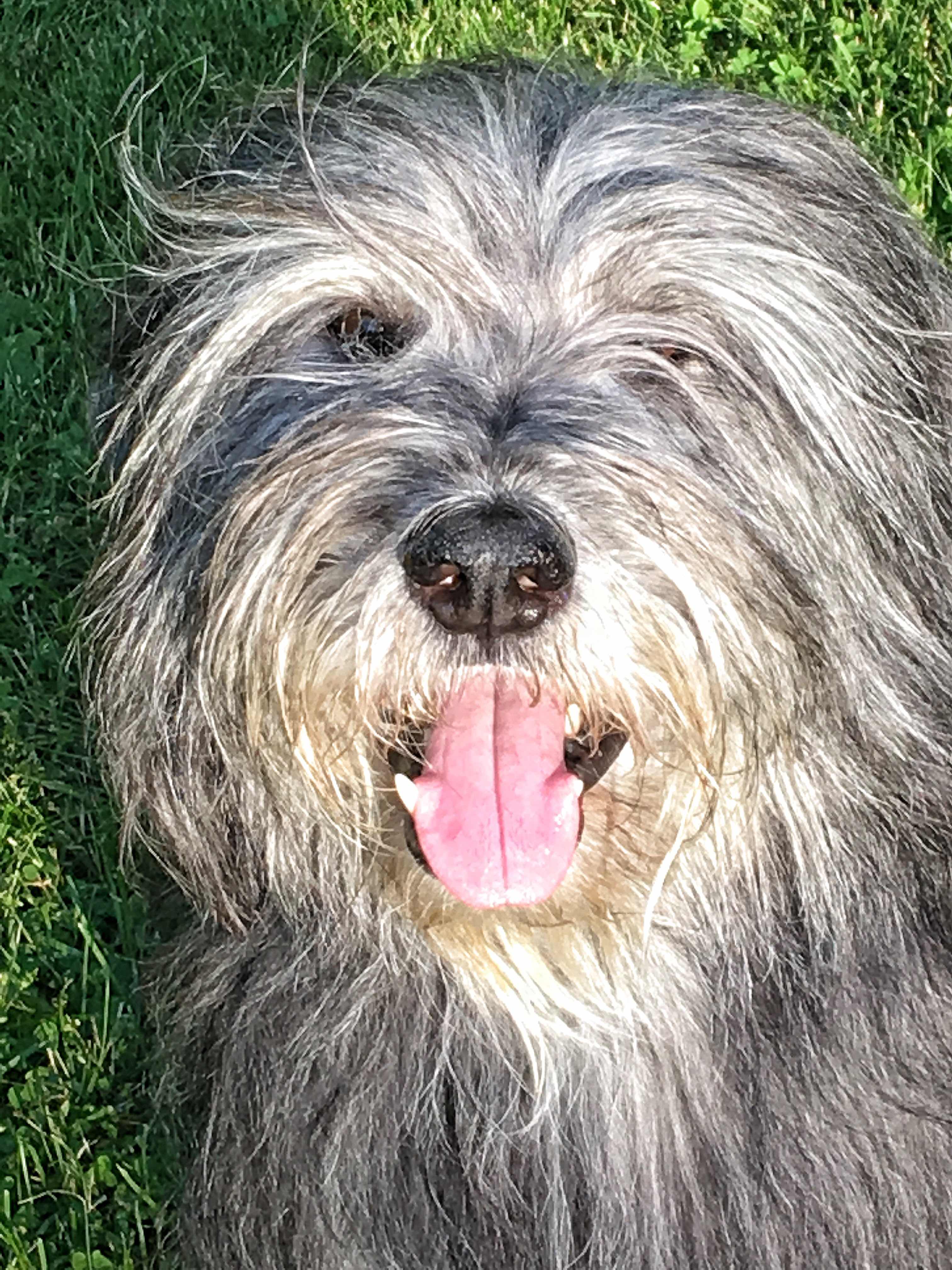 Sunday night my human was getting ready for bed.  In fact, she was IN bed – but checking owl sounds on her iPad.  Yes – you read that correctly.  Owl sounds.  Why?  Because she was just dozing off – and could hear an owl outside.  It’s not the first night she has heard him – but she wanted to figure out what kind of owl it was.  Is it any wonder we dogs have attention deficit problems – look at our human.  Anyway, she was playing a bunch of owl calls and determined that it was a Barred owl.  Maybe.  She’s no ornithologist.

As she was playing the calls on her iPad, the FG suddenly sprang up, raced to the kitchen and gave out THE most fierce big dog bark I have EVER heard him do. We all know that Einstein aka the Canine Crier is the one who intiates barking in this house.  For EVERYTHING.  But it was the FG who started this, quickly followed by Einstein – who ran after him into the kitchen.  I stayed in the bedroom with my human – no point in all of us doing guard duty.

My human figured that were just reacting to her playing the owl sounds on the iPad.  So she told them to settle down – and after a few more woofs, they slowly came back to bed.  And it was a peaceful night.

HOWEVER, we found out the next morning that the FG and Einstein DID hear something besides the owl sounds.  And there was clear evidence about what they heard.   Our garbage cans and green organics bin were all knocked over.  It appears Mr. Bear may be back in the neighborhood.  We thought he had moved on – but clearly he has come back.  So we have to be on alert again.

The weather forecast is a BIT ominous for Thursday.  It could be a Tropical Storm.  It could be a hurricane.  Or it could be a few showers.  Surprisingly the weatherman didn’t throw in blizzard and sunny skies just to cover all bases.  All I know is that if it involves rain, we PONs will NOT be impressed.

Today the forecast is beautiful – so we’ll take it.
Have a good one.  Peace and paws up.
Seizure free days: 49