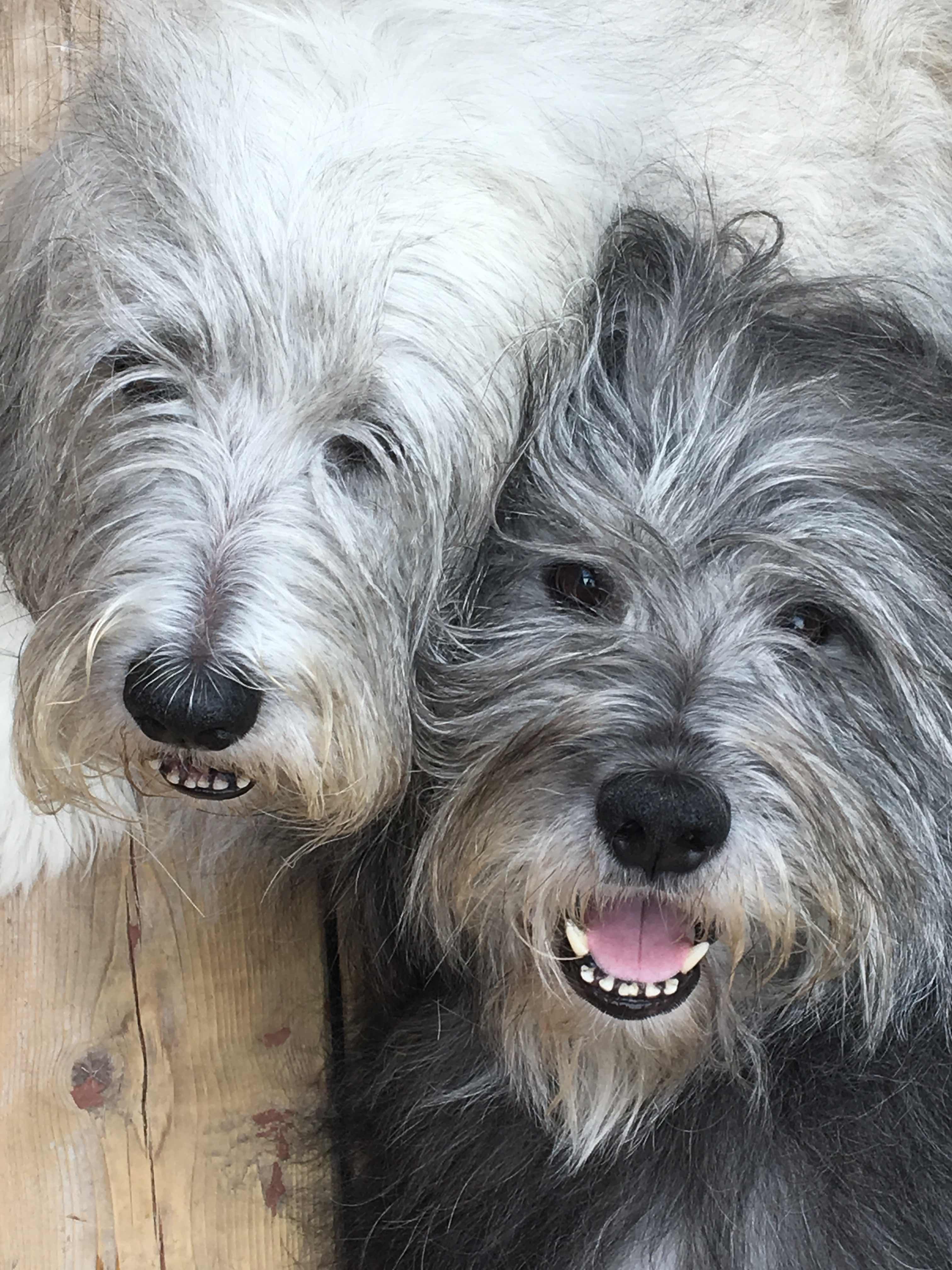 Yesterday morning we got my human up bright and early.  No point in wasting a holiday. And we got a special treat – we PONs got to go for a walk with Jackson and his human on the golf course. It was a gorgeous morning and Einstein and I were both let off leash.  And all was right with the world.  Until yours truly discovered that the geese had left some delectable treats and I began gorging myself on them.  So much for my off leash adventure.
After we got home and the FG had his walk, my human announced that she was going out “for a bit.”  Right.  Her “bit” is our concept of a week.  Anyway – she was on a mission.  You see, she has begun to declutter the Lindonian.  She has too much “stuff” and the collectaholic’s tastes have changed.  So she decided to rent a case at a local multi-dealer antique shop – and she is selling stuff.  I suppose it’s not all that local – it’s about an hour away- but the price was right.  She started mid-June and easily covered her rent for the first half month. The objective is to get rid of stuff that theoretically has value, but she isn’t even using.  The only problem- after she sets up her sale items, she then goes shopping in the store. So much for profits.  But she has limited her collections.  She will ONLY collect certain old dog stuff.  That’s still OK.  So when she went shopping and saw a certain dog stereoview, she had to have it. Plus it was super cheap. If you aren’t familiar with stereoviews – they started back in the 1800’s.  They are basically two identical photographic images placed side by side on a card.  When placed in a simple device – a stereoscope, and you look inside it, your brain convinces your eyes that the image is in 3D. 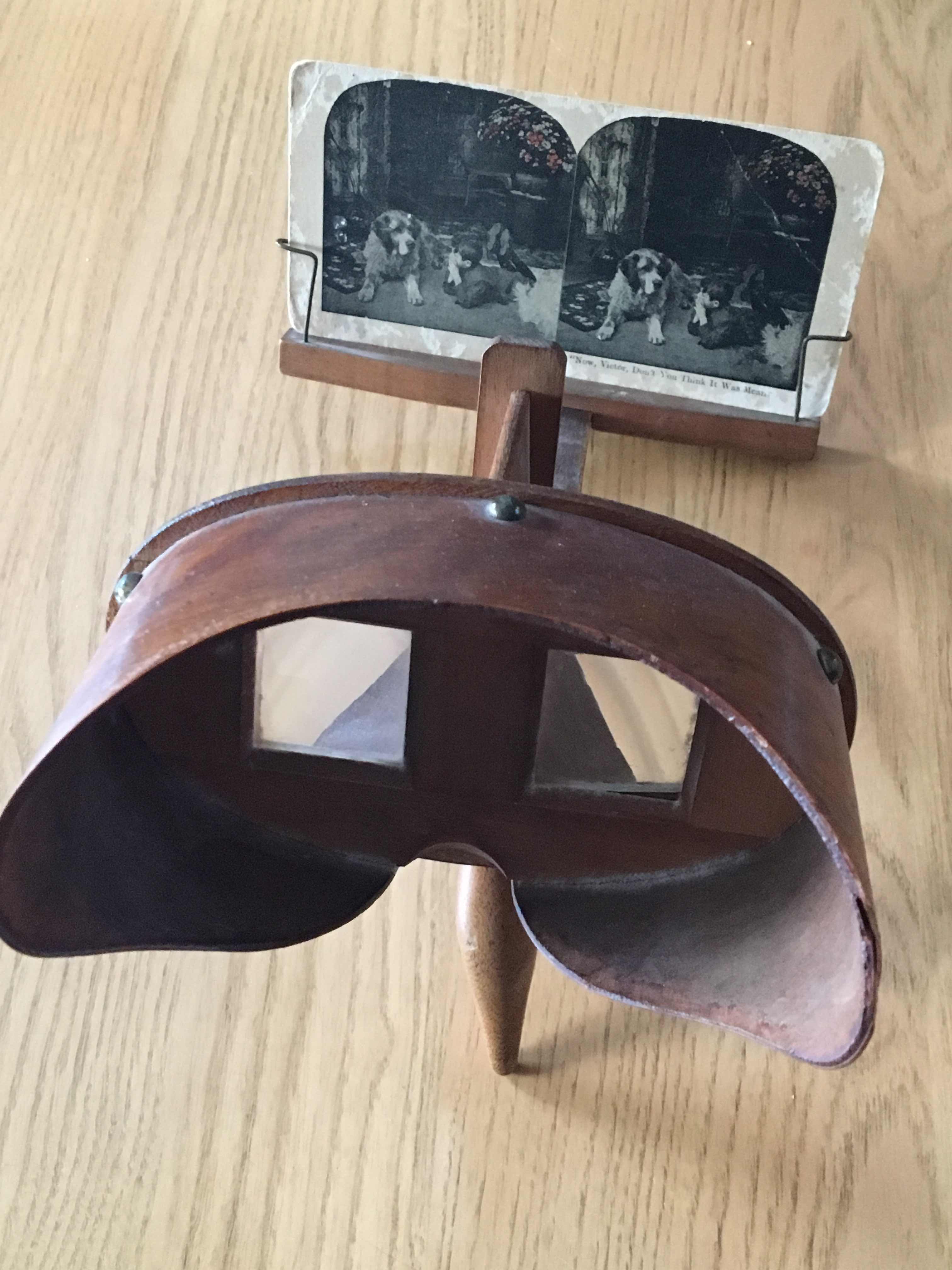 When my human was a kid , she had a toy called a View Master, and it did basically the same thing.

Anyway, back in the day, there were lots of images depicted on stereoview cards.  Famous places, people and even dogs.  The early cards are two actual photos glued to the cardboard. 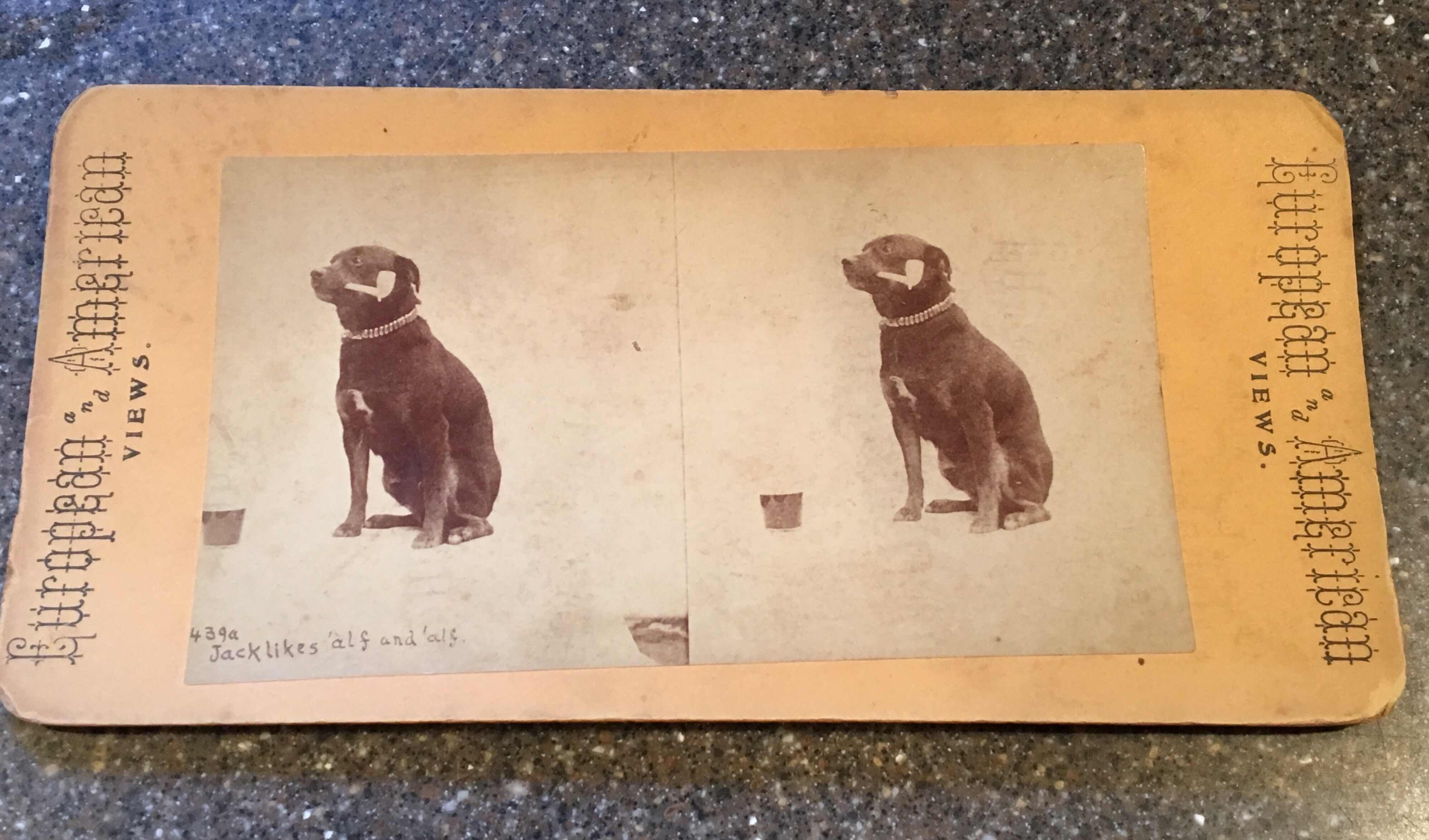 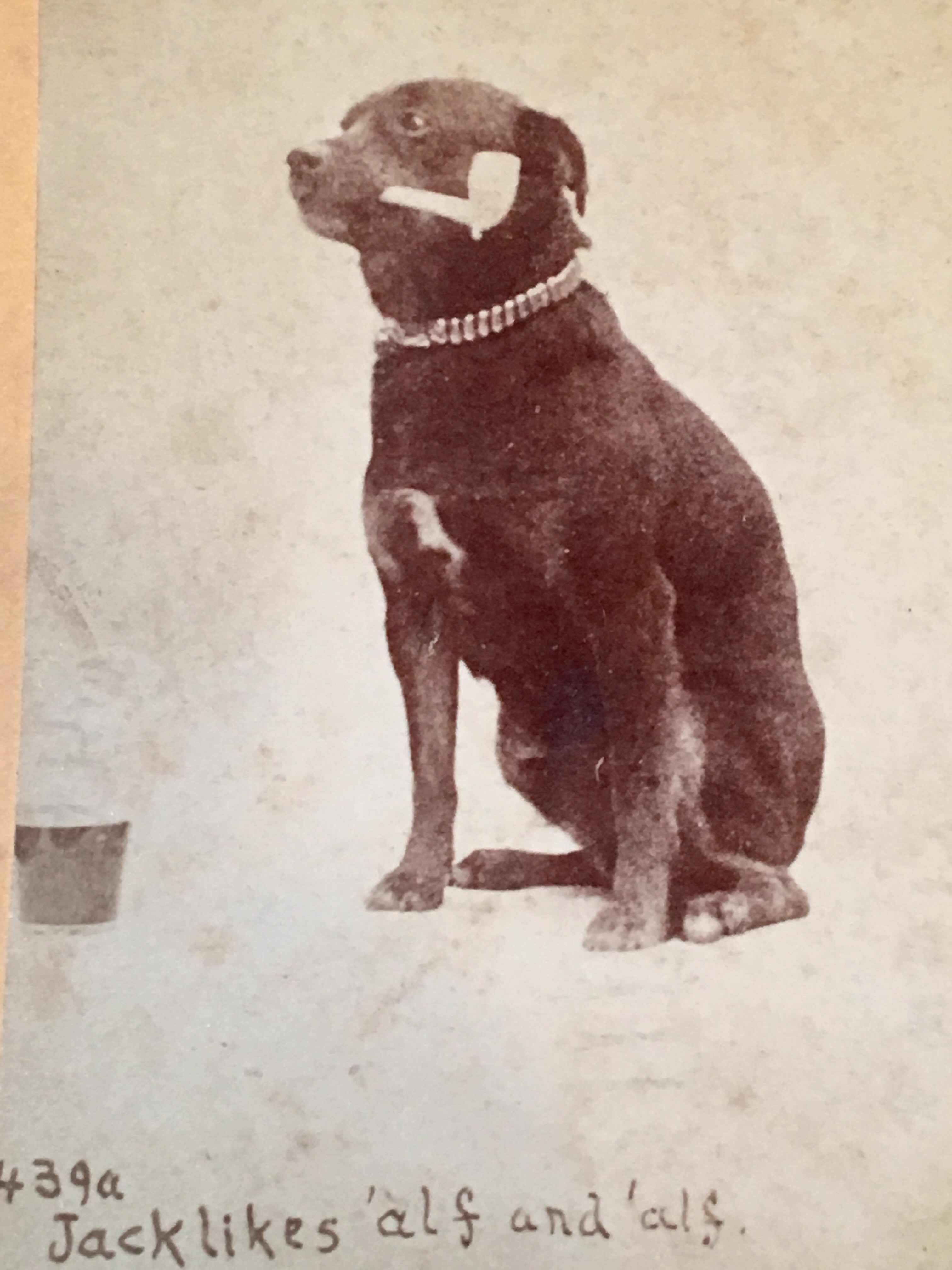 Later on, in the 1900’s, prints were made of the iriginal photos.  My human has a number of early cards with dogs- and she realized that many depict children and dogs.  I thought you might enjoy seeing some of the images: 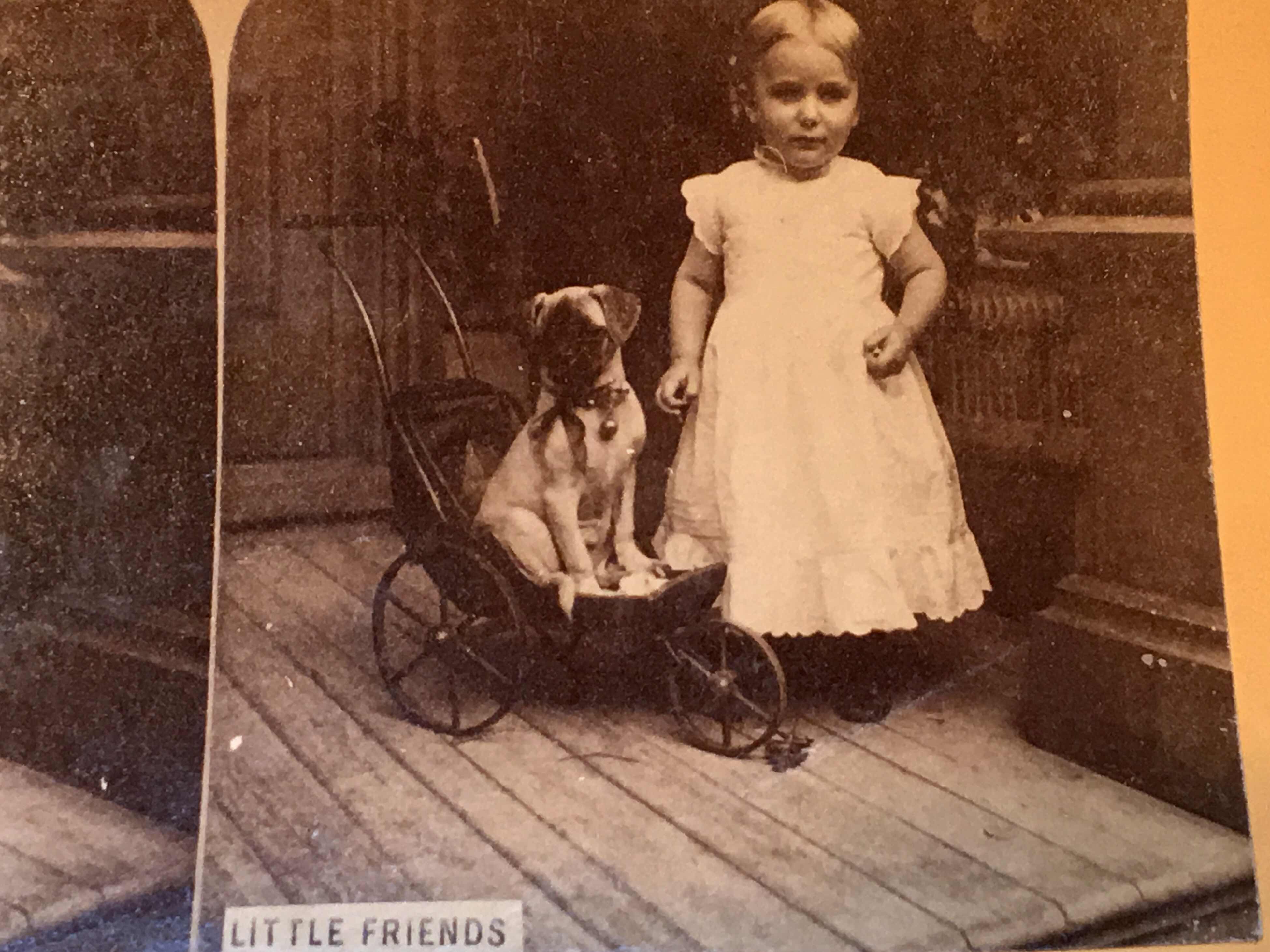 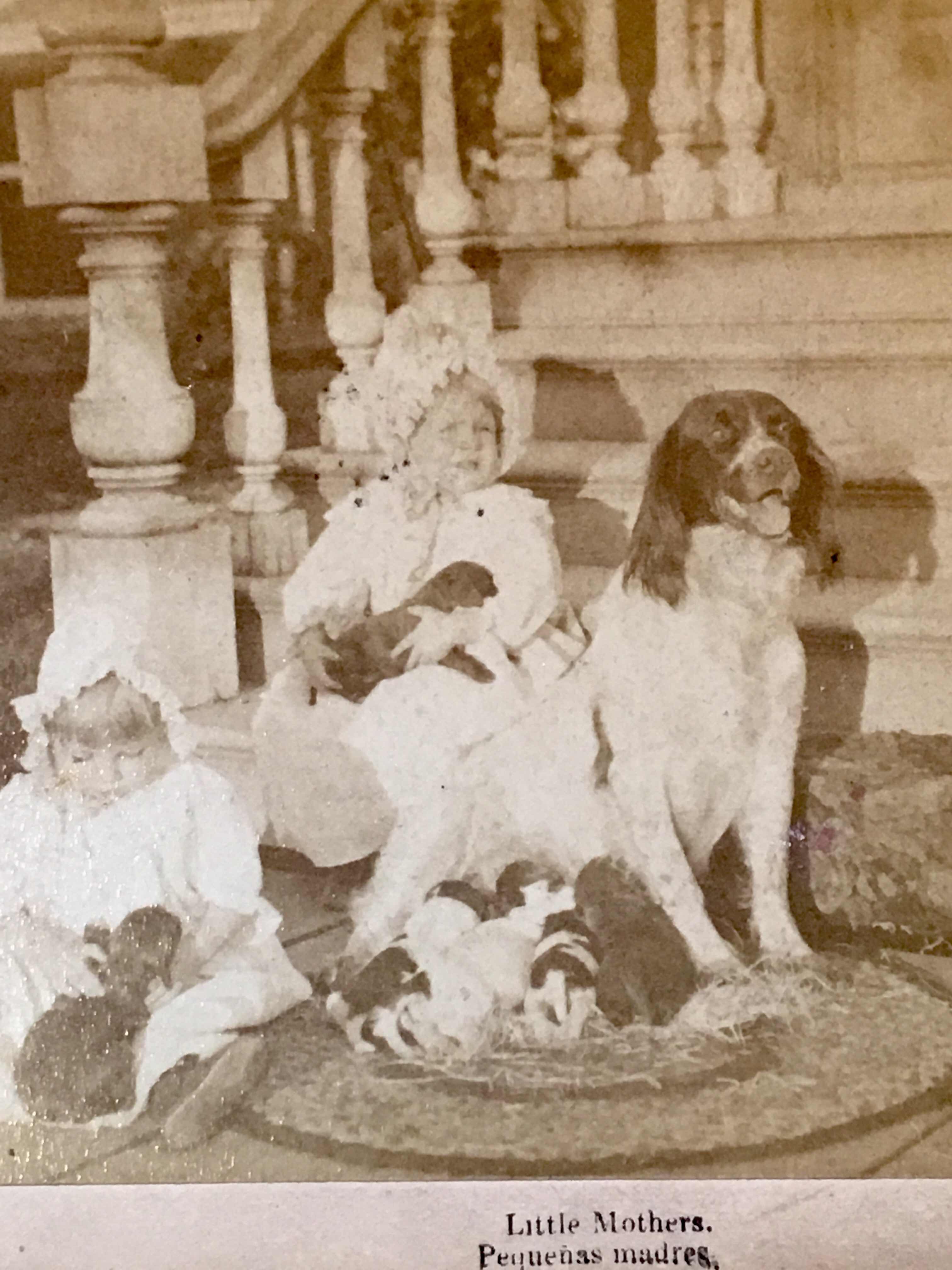 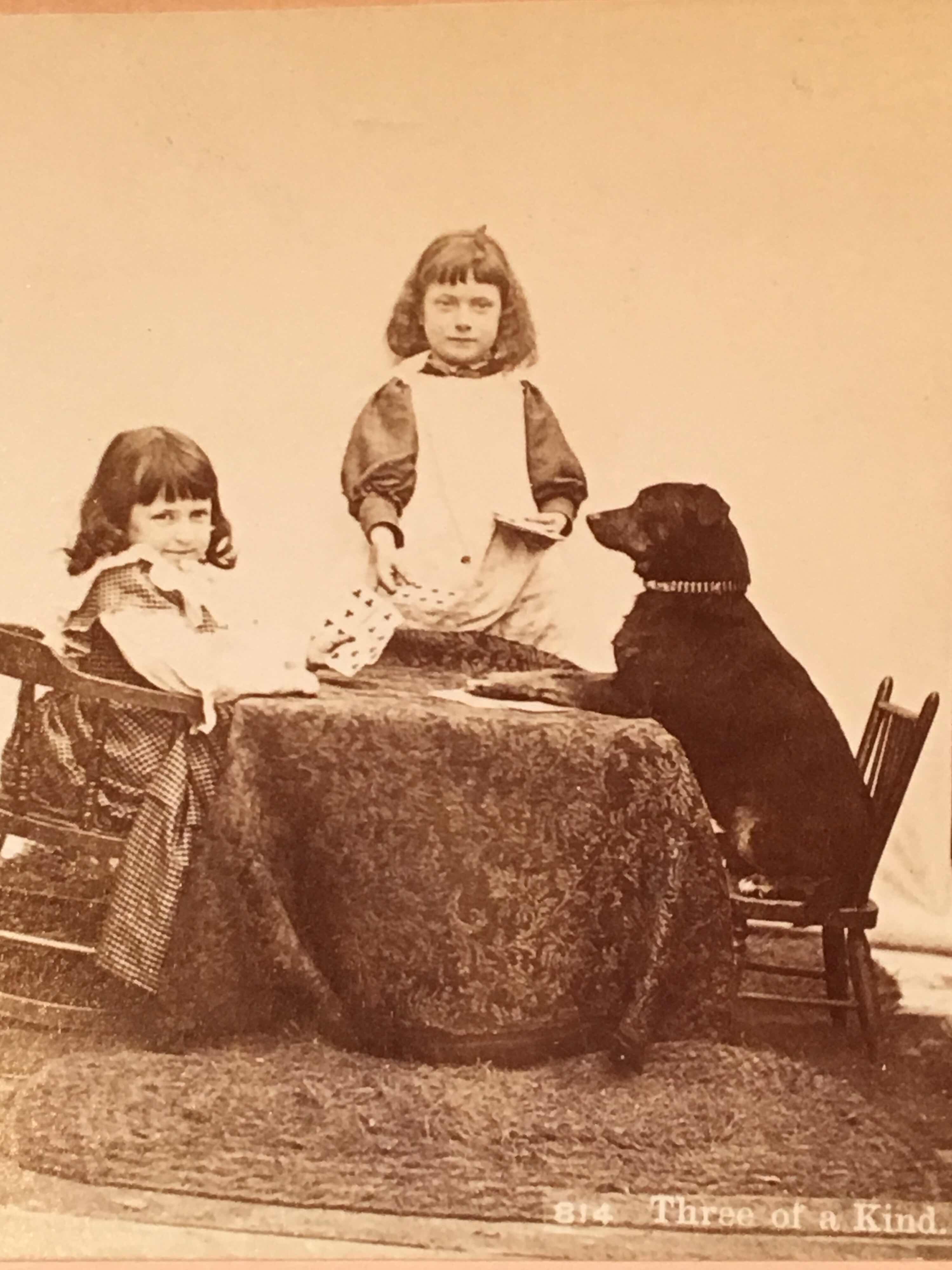 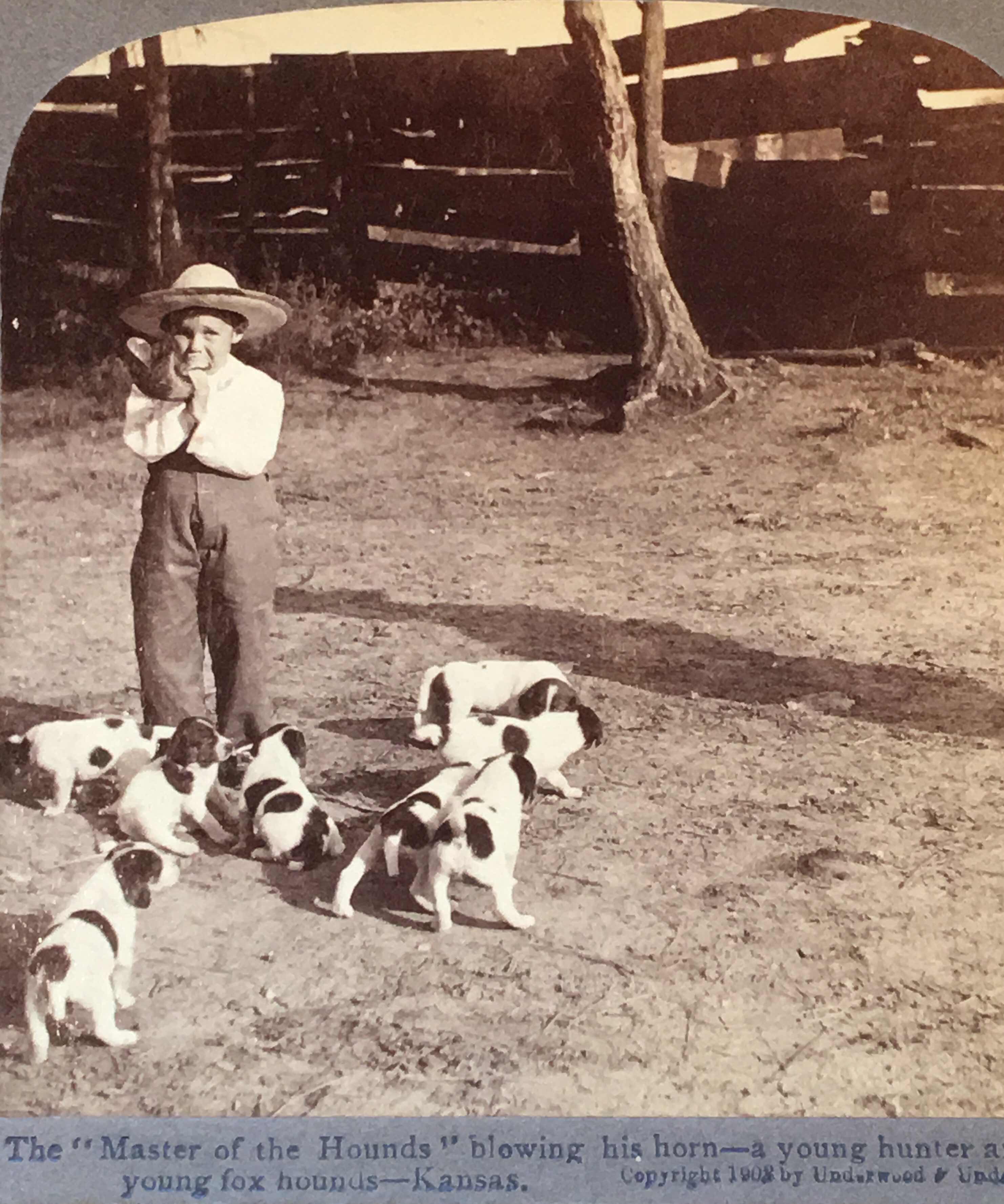 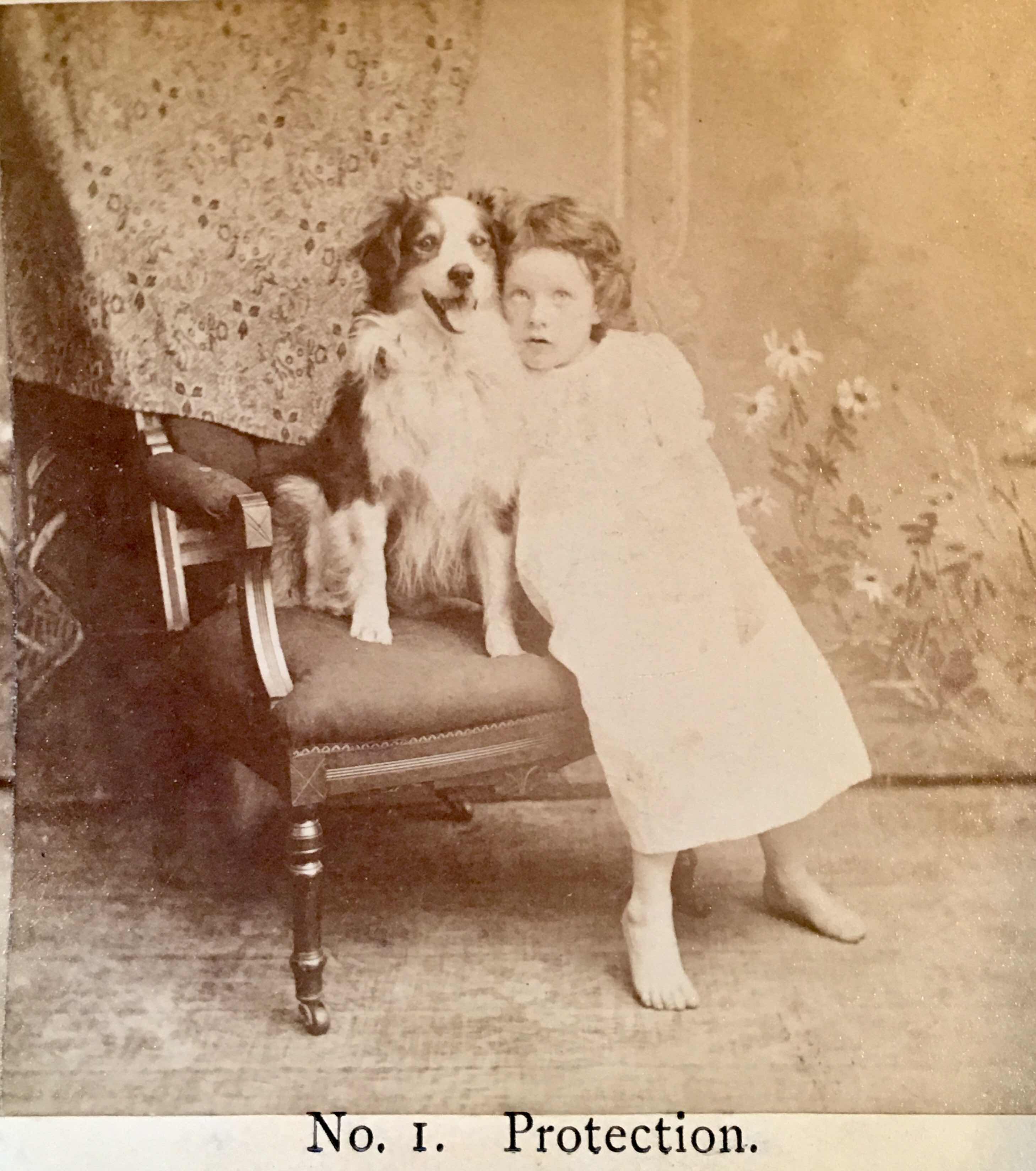 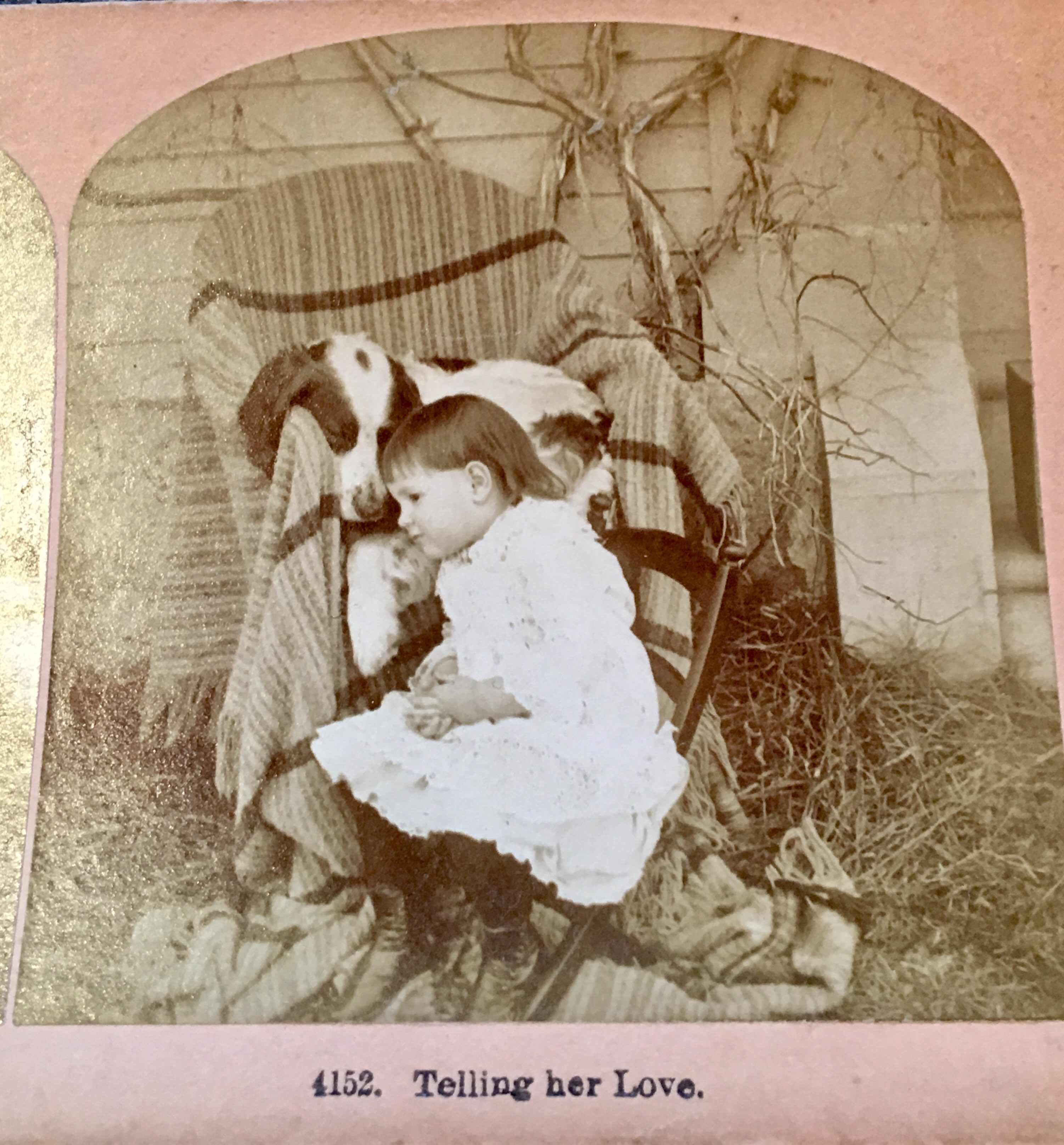 As I mentioned, later cards were printed right on the cardboard. Here are a few: 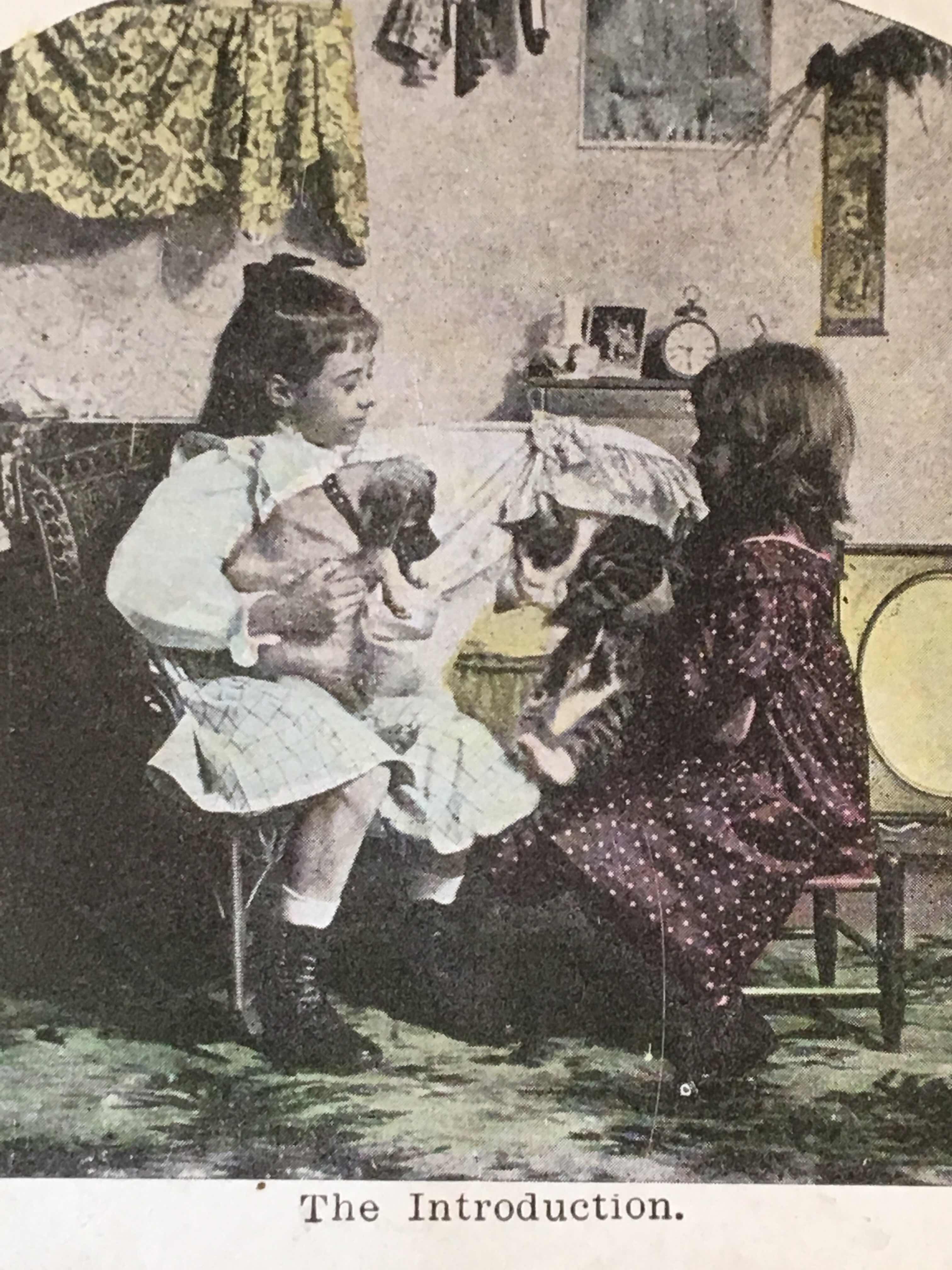 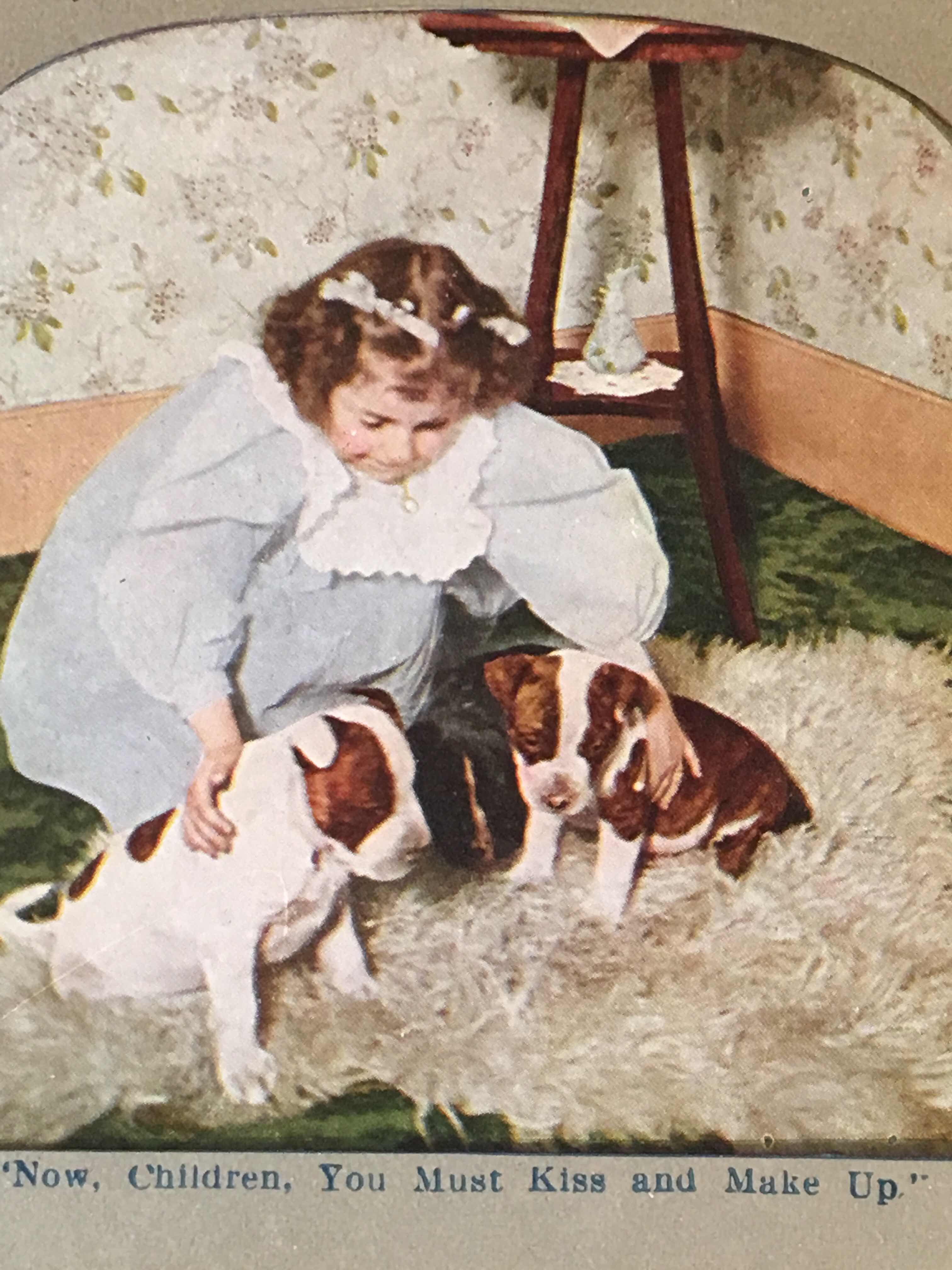 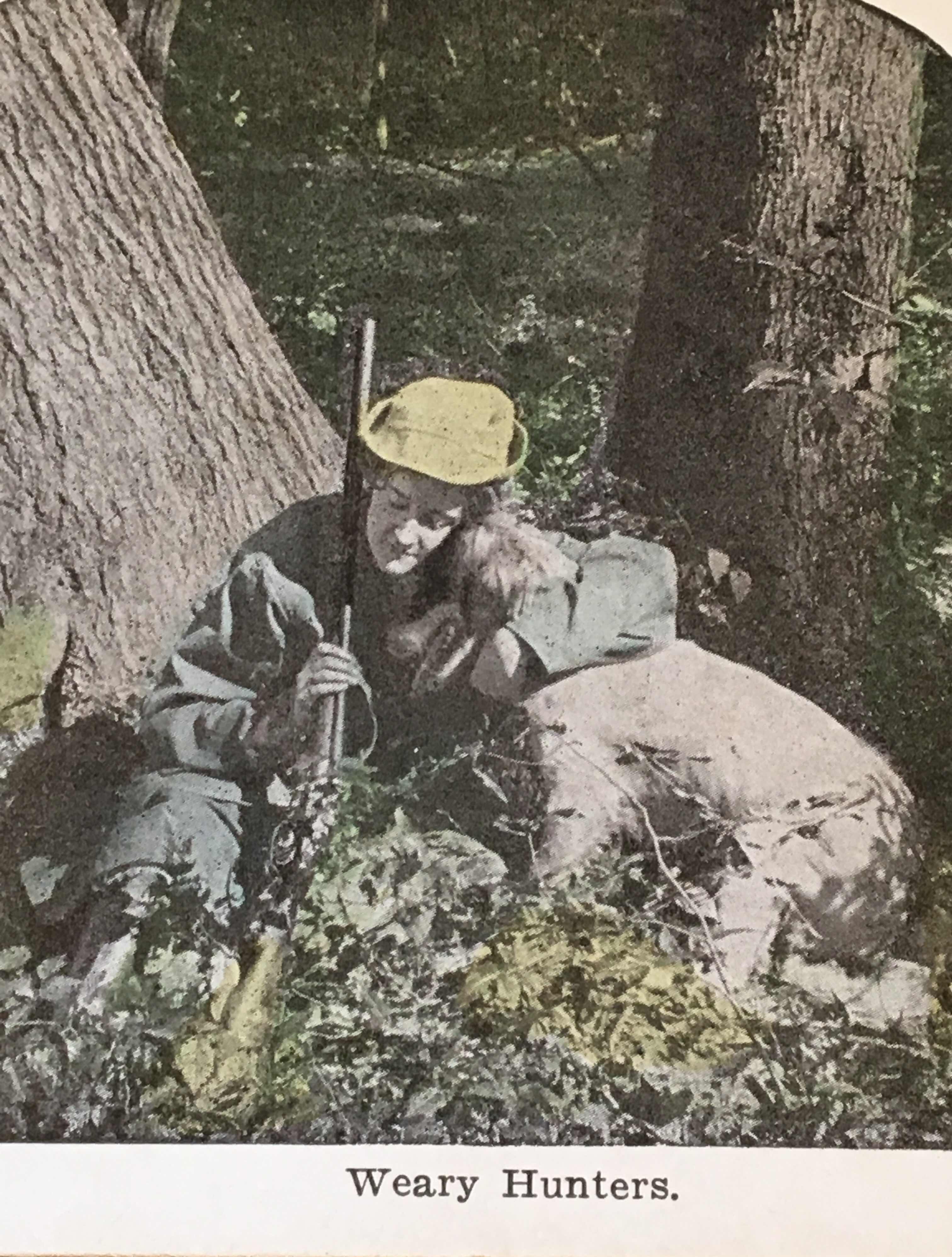 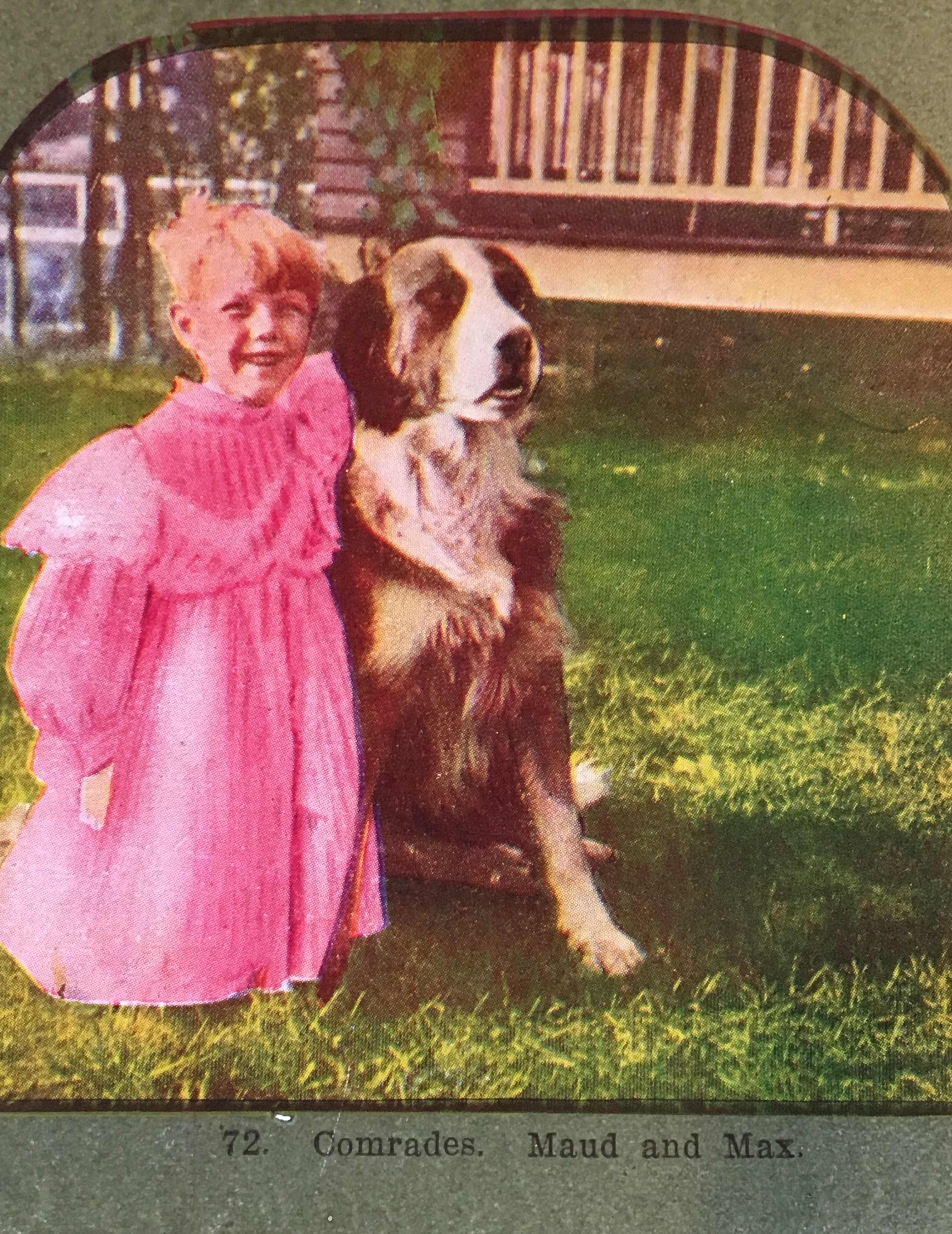 So yesterday as she was shopping, she spotted this card and HAD to get it. Not because of the breed of dog – but check out his name: 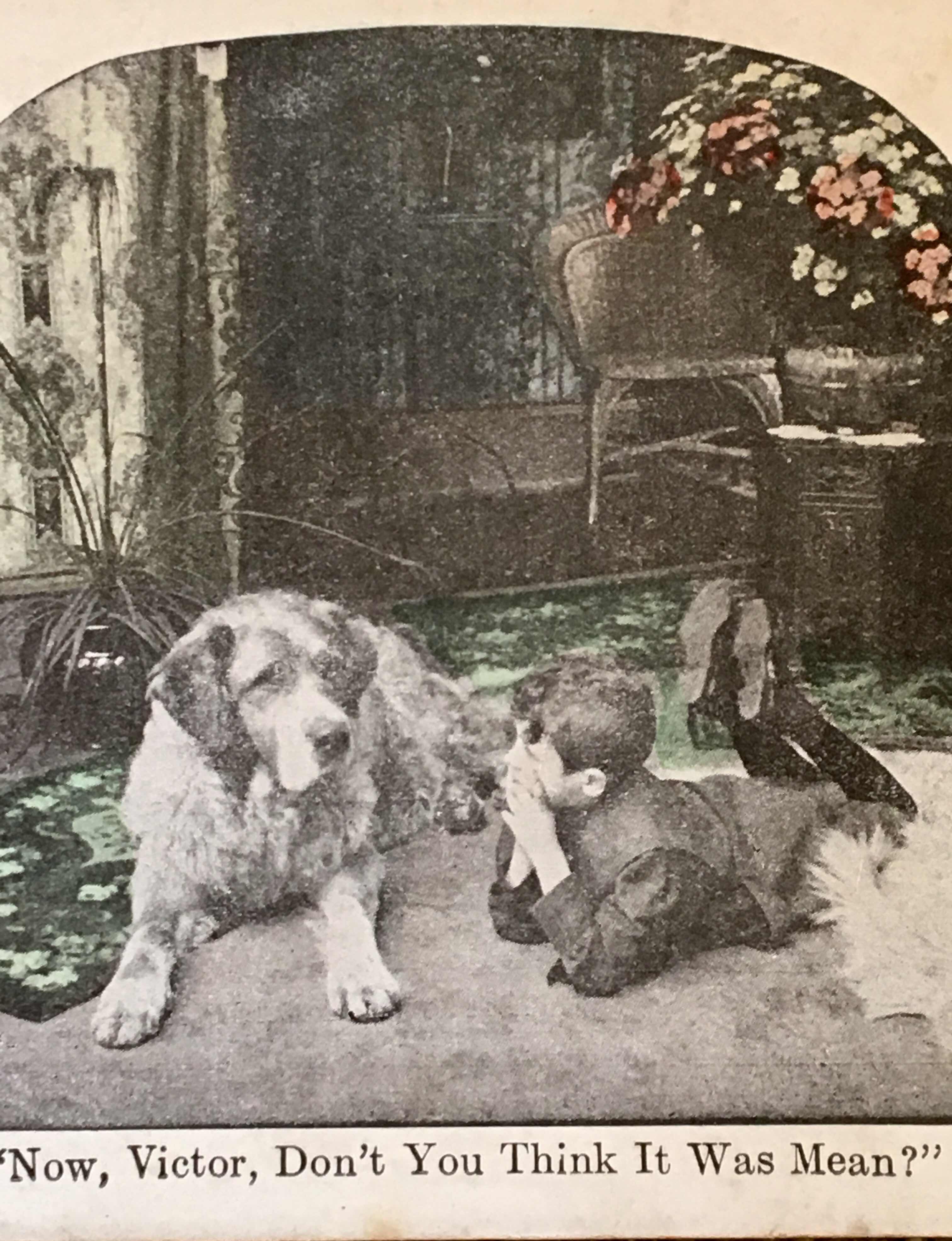 The good news about collecting the odd card- they are cheap, they don’t take up a lot of room and they meet her “need” for old dog stuff.  For yesterday anyway…
Personally, I would rather collect dog treats.  They won’t take up much space either…
Have a good one.  Peace and paws up.
Seizure free days: 42