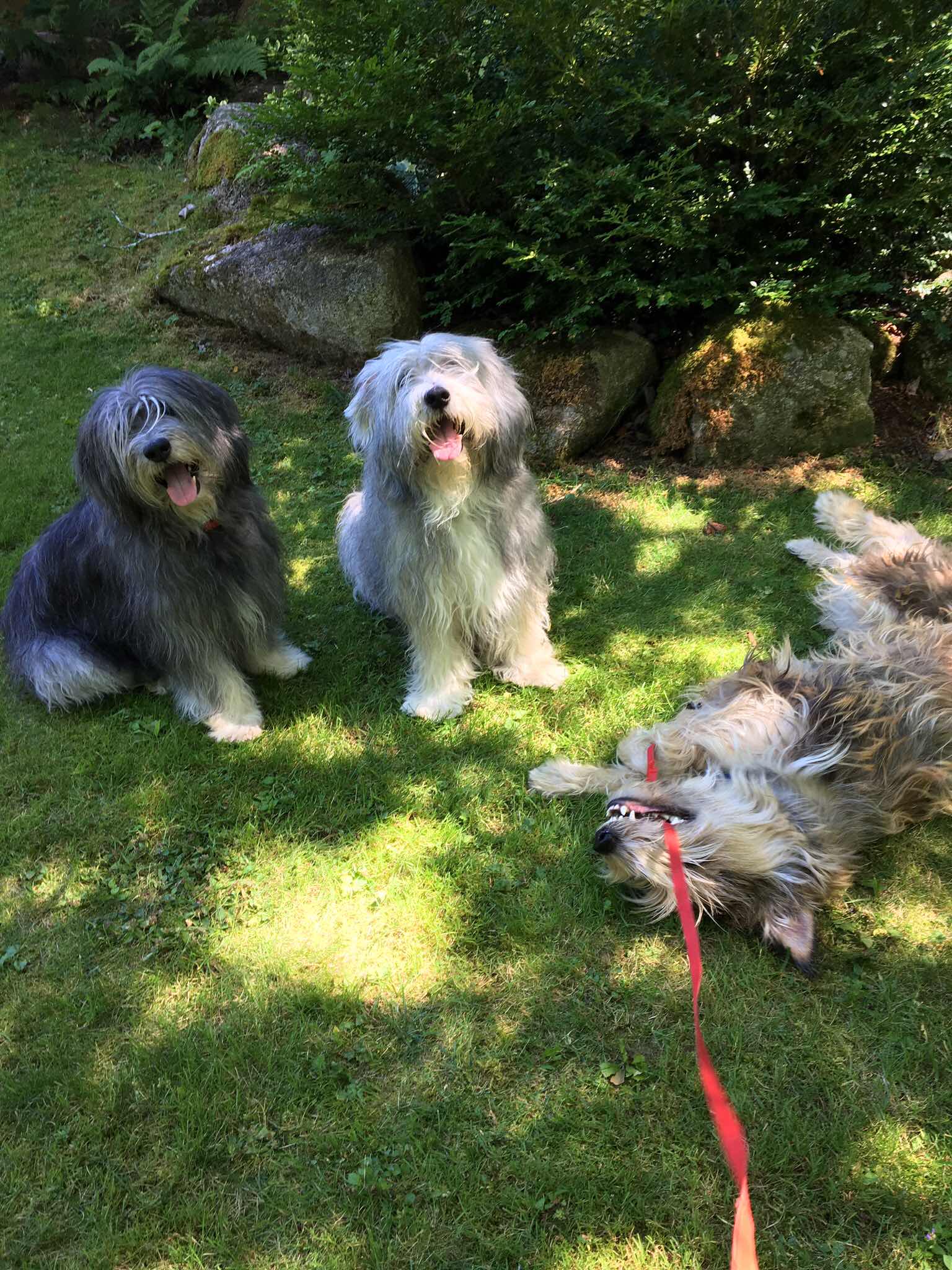 It’s official!  Summer is here!  It’s also the longest day of the year – so time for some extra fetch.  Or scraping the deck.  Yes, she is still at it…

So let’s talk about some quick summer time reminders and some equipment that we dogs can use in the summer. First off, I am not going to even remind you that we shouldn’t be left in a car because it can get too warm.  The humans who read this blog are too smart to even be reminded of this.
With regard to the heat, portable water bowls -like the collapsible type – can be really handy when going out for a walk.  But don’t forget to also bring a water bottle, too…my human actually has a dog water bottle where the lid can be used as a small cup-sized bowl.  It’s perfect.
Another thing about the heat – asphalt can get really hot, so one site I saw suggested those rubber boots that look like balloons (before you put them on). Seems like a good idea in theory …but I wonder if the rubber would stick to hot asphalt.  I guess better the boots than our feet.
We have talked before about sunscreen for us dogs too. And a cooling bandana is a neat idea.  We saw that on the web.  Those cooling mats also work well. If you have a dog who doesn’t chew….
If you are going boating, a life jacket for Fido is also a must.  Sure, many dogs CAN swim – but if you are far off shore, a life jacket is a good idea.
And speaking of a swimming, if you have a dog who likes to swim, unlike me and Einstein – floatable fetch toys and balls are a great idea.  That’s for the FG.
As yes, the dog days of summer.  Let the good times roll!
Have a good one! Peace and paws up.
Seizure free days:  31