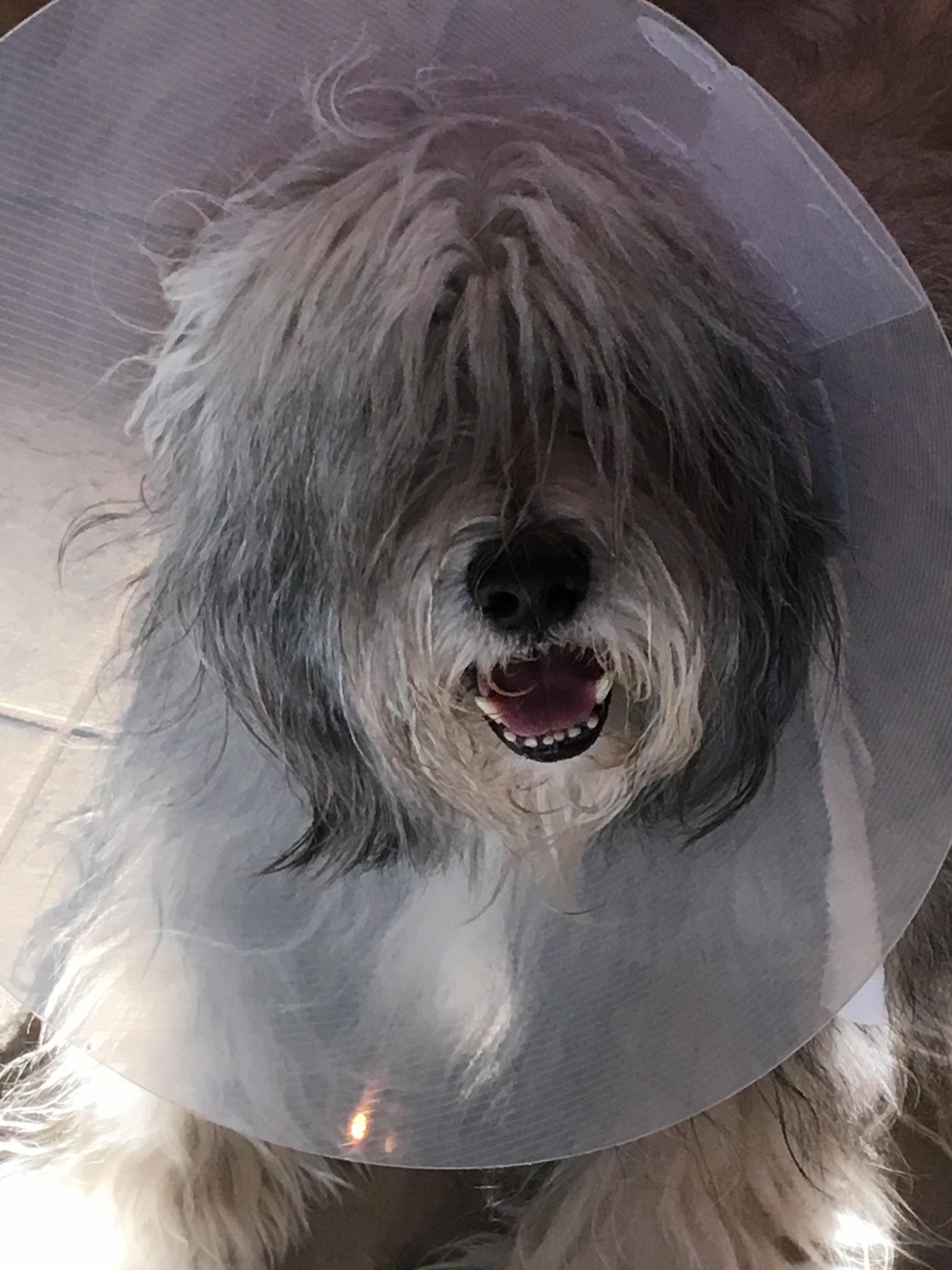 My human came home from work last night and decided that her luck is changing….

She got home and was supposed to meet the neighbors at the golf course for a meal.  It was a long week (although it really was a short week- but multiple vet trips made it seem long. That and being up repeatedly throughout the nights).  So she welcomed the invite to join folks for a bite.
When she got home, Cone-head was relieved of his lampshade while we went out, and for some odd reason, my human decided NOT to let me run free.  Must have been that weird human intuition.  Cone-head and I went out before Butt-head.  We ran around to the back of the house, with me on leash, did our thing and raced back to the front door.  But we heard something. A LOUD rustling in the foliage along the front of the house. My human thought it must be a bird.  Cone-head heard it and had to go in the bushes to see what it was.  In the meantime, my human and I were standing at the opposite end of the house.  Cone-head went in and suddenly, a rabbit burst out of the bushes and literally raced within 3 feet of me and my human.  I was so shocked I didn’t realize what was coming, but my brain registered pretty quickly that Mr Bunny should be chased.  Cone-head was two steps ahead of me until I reached the end of the leash. Cone-head would have taken off, but my human shouted “no.”  It works for Cone-head.  It would NOT have worked for me.  Not a chance.  I would have been GONE.  My human stared at the heavens and said “thank you, thank you, THANK YOU.”
Cone-head continues to moan  and groan about his “condition “ and Butt-head continues his role as nurse. Which continues to result in annoying barking and lunging.  But it DID seem to be a bit better yesterday.  All that praying to St. Roch has paid off. ( He’s the patron saint of dogs). I think we should be praying to Saint Jude – the patron Saint of desperate cases.
It’s Saturday- time for some extra long walks.  I wish all of you a cone-free day.
Have a good one!  Peace and paws up!
Seizure-free days: 10