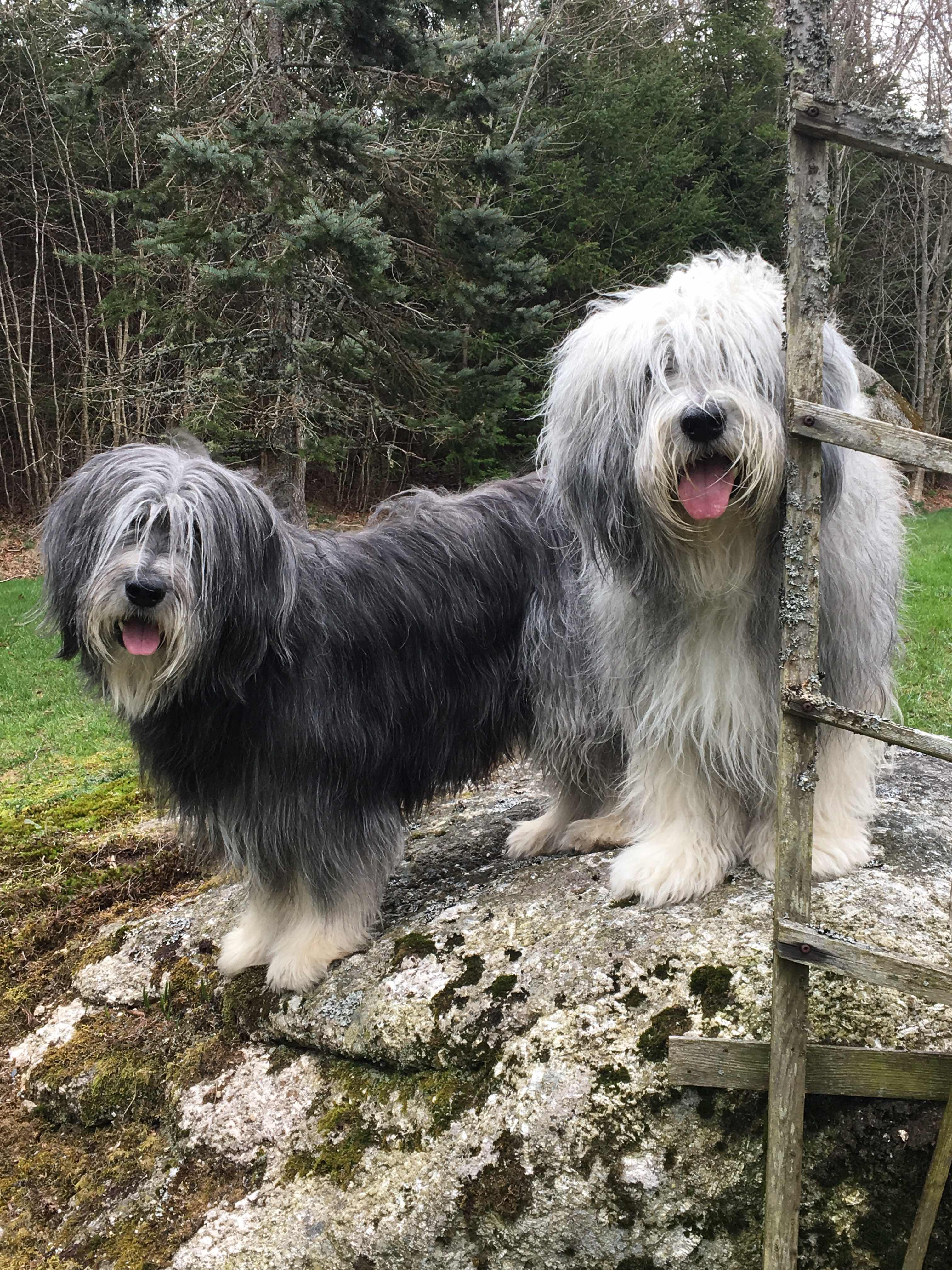 My human has decided she would like a day without any drama.  Just one day.  No seizures, swarms of black flies, bears, banana swallowing, counter surfing capers – just one day of peace.  But no.  Not in THIS house.

On Thursday she had a busy, busy day at work.  She zipped home to walk and feed us but then had to go back for an evening event at work. She made arrangements with a neighbor to come in and give me my 7 PM medication.  She got home just as the sun was setting – around 8:30 PM.  She was tired and  debated whether to let us run around outside. It was starting to get dark, so she wasn’t sure she should take a chance.  But she stuffed her pockets with tasty treats and opened the front door – and Einstein and I EXPLODED out the door.  Barking and rolling and chasing each other in total PONdemonium- like we hadn’t just spent the whole day together.  Of course, the FG was on a leash – my human wasn’t about to lose him in the woods. We raced around for a few minutes, peed and ran back to the door to get the treats.  Perfect.  Or so my human thought.  As she took off her coat and prepared to dole out the treats she looked at the floor.  BIG bloody footprints.  Everywhere. And she immediately spotted the victim.  It was Einstein.  Who was still jumping around  but clearly injured.  She grabbed him and picked him up so quickly, none of us even saw the move coming.  She whisked him into the garage aka grooming torture palace aka surgical suite to examine the injury. It was the left rear foot.
At the BEST of times, Einstein doesn’t like anyone touching his feet. So you can IMAGINE the scene with one very tired human and a squirmy, hurting PON. My human couldn’t get a really good look – but it appeared to be a nail and not a pad problem.  It almost looked like the nail was torn. So what to do?  Bandage it.  She got out gauze and vet wrap and went to work.  After she finished she put one of those rubber boots on him – the kind that look like a balloon.  At first Einstein walked kind of wonky but was then fine.  But, the FG was obsessed with the new attire and would NOT leave him alone.  By this point, it was after 10 so my human figured she would try to sleep.  She sequestered the FG in his kennel – to keep him from bugging Einstein who kept rushing at him and barking like mad.  My human went to lie down – but in typical obsessive fashion, started worrying that Einstein would bleed to death.  My human is a BIT dramatic at times.  So at 10:30, she got up and took him back to the surgical suite.  This was, of course, after she had done some on-line research.  She carefully unwrapped the foot and saw that it HAD continued to bleed.  BUT it NOW clearly had stopped.  She didn’t want to poke and probe too much – so she wrapped it back up.   Then she proceeeded to groom him.  Really.  She was wide awake and figured in some twisted logic that she could keep him off the foot by grooming him. She finished around midnight and decided she could either go to the 24 hour vet (which seemed a bit of overkill given that the bleeding had stopped and he was not limping or in obvious discomfort) or she could go to bed as she had a busy day at work the next day.  She opted for bed – but set her alarm for 4:30.  So she could get up and examine him.  No I am NOT kidding.  At 4:30 she figured she would first  take us out for our morning walk and then examine the foot to see how it was after walking.  Not the regualar walk – just a short jaunt. And if there was a problem, she would drop him off at our vet on the way to work.
Thank goodness we didn’t happen to run into the bear at 4:30 or the porcupine a neighbor had spotted in their yard that evening.  If we had run into the bear, my human would have probably surrendered – she was so tired.  After our walk, she took the FG out.  And she then returned to the surgical suite with Einstein.  She AGAIN examined the foot and there was no sign of bleeding.  But she still wrapped it again.   Just to be sure.  He still wasn’t happy about letting her examine it – but as I said before, that’s nothing new.  She knew the FG would still be obsessed with Einstein, so he got to spend the day in the run in the garage – while my human went to work.  She was so proud of her bandaging skills.  It looked fabulous.  However, at around 10:30 in the morning, when she went to check on us via Big Brother, she saw Einstein ripping her bandage masterpiece off his foot.  She had to stop watching as she knew there was nothing she could do.
The good news in this whole saga and drama?  She got home from work and Einstein appeared fine.  He was not limping or bleeding and if you didn’t know about the excitement from the night before, you wouldn’t know anything happened.  He’s not bothering with the foot although the FG and I would LOVE to lick it if given the chance.  The squirt gun is being carried everywhere by my human.  It s a great deterrent.
Thank goodness it’s a long weekend!  She NEEDS Monday off!  MAYBE one day this weekend will be drama-free.  But then again, what fun is that?!
Now excuse me while I prepare to watch the wedding.  Cheerio!
Have a jolly good one!  Peace and paws up!
Seizure-free days: 3