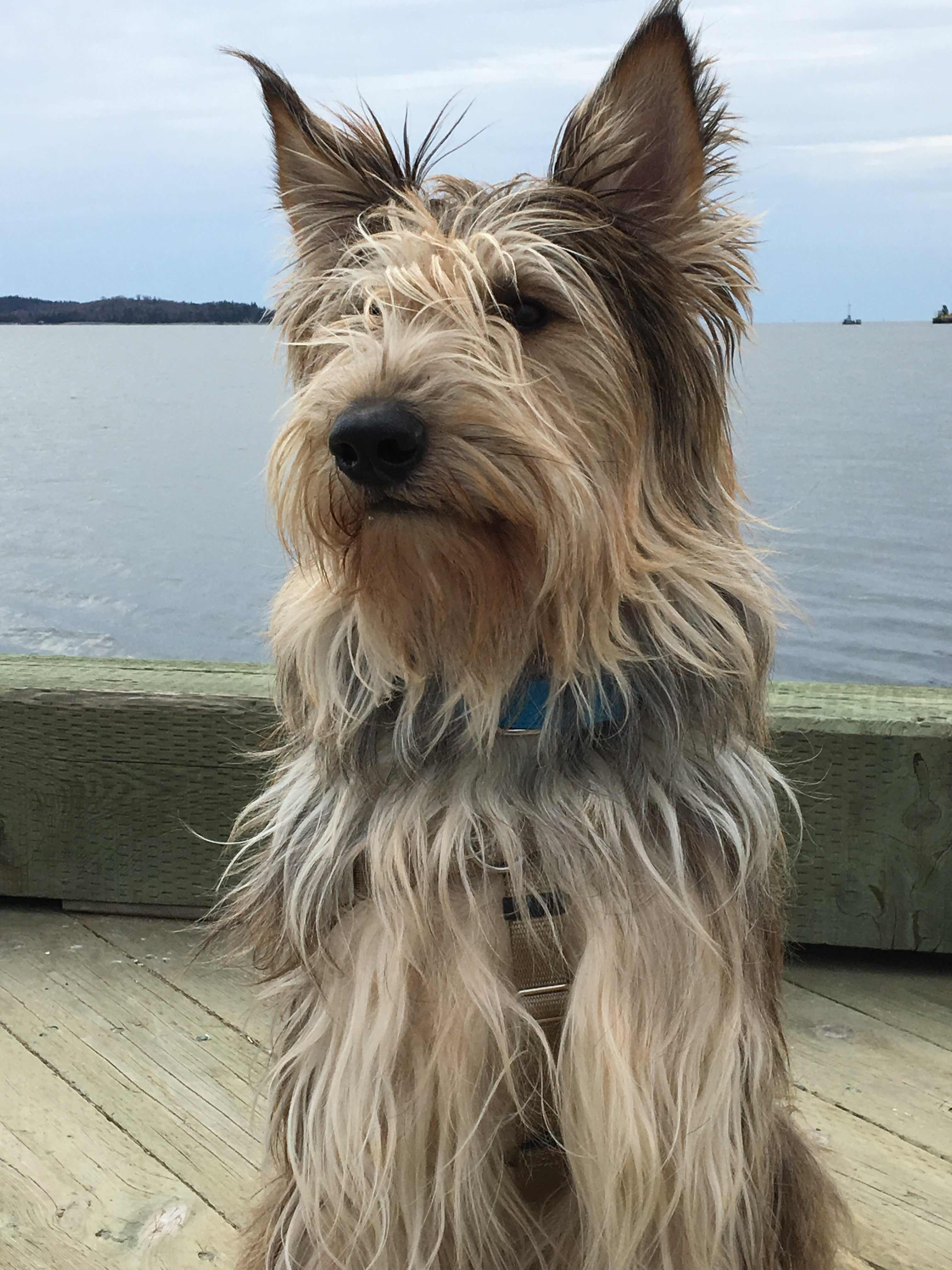 Well what a day we had yesterday…

First it started with the FG’s ambassador assignment.  My human had taken him for a long walk before they went – but she feared not long enough.  They drove downtown and arrived RIGHT on time.  She had hoped to arrive EARLY to let the FG settle down, but a PON who shall remain nameless, was incredibly pokey at pooping yesterday, so they were running behind.  Of course, the FG got out of the vehicle and his head exploded.  They were meeting  downtown on the boardwalk, and there were lots of sights and smells.  Let’s just say the trusty harness wasn’t working all that well, and my human had to brace herself to keep from being dragged to meet the unsuspecting potential Picard puppy people.  The people spotted my human and the FG from across a parking lot and the first thing that ran through my human’s mind was that the woman could very likely soon be wearing the cup of coffee she was carrying.  But the FG suprised her.  He was very friendly with his new acquaintances, but did NOT jump or attempt to knock them over.  He wagged and leaned a bit – but kept all four paws on the ground.
They chatted for a bit, but it was clear that the FG didn’t really want to just stand around and chat, so they all decided to walk,  and walk they did – up and down the boardwalk.  And are you ready for this….the FG walked along perfectly.  No lunging, no pulling – just nice walking! My human was shocked!  As they walked the people asked lots of great questions about the breed and my human answered them honestly.  One has to be careful when one loves a breed not to ONLY talk about how wonderful the breed is.  For example, Picards, like PONs CAN be a bit stubborn at times. And like other herding breeds, we can be a bit aloof.  We should not be totally shy or aggressive, but we do not have the temperaments of Labs.  We also do need exercise – if you want a happy, nondestructive dog! So when sharing info, everything should be revealed!
All in all, by the end of their 90 minute walk, I think they got a good idea about the breed.  But one also needs to realize that just as there are differences between siblings in a human family, puppies from the same treasury will have differences as well.  The key is to find a good breeder – who will match the best puppy to your home and lifestyle .  They talked about that as well.
So no one ended up in the harbour and I think the FG gave the Dutch Sheepdog a run for his money. They came home and the FG was suitably tired after his ambassador job. But the day was not over.  We had company…
Stay tuned tomorrow for the story of Mighty Milo….
Peace and paws up!
Seizure-free days:  10