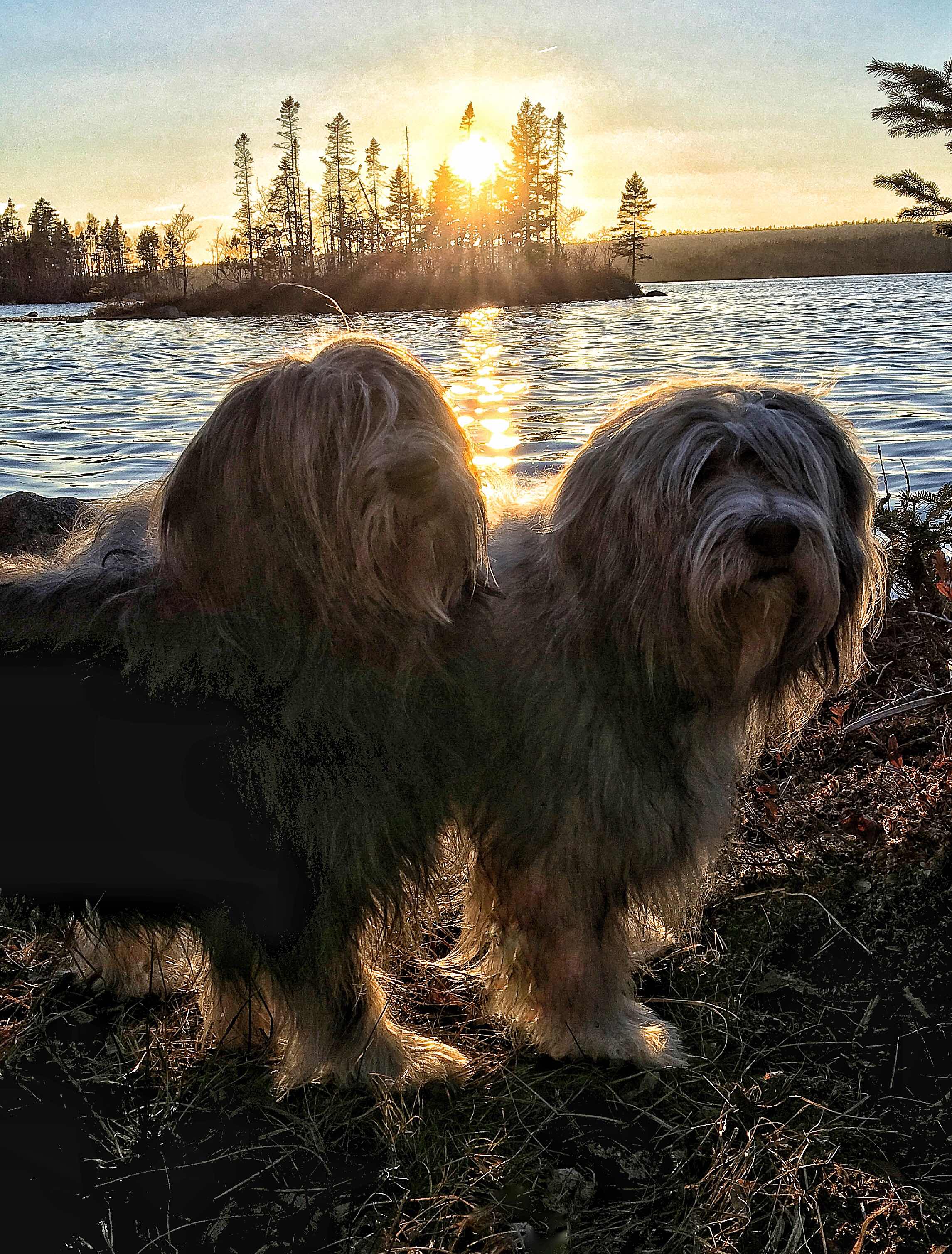 Well yesterday my human and her sister celebrated the life of their mother.  And despite the sadness of the event, it truly was a celebration.  They were overwhelmed by the people who came to the funeral – people from work, people from church, friends from outside work, people who lived in the same apartment as their mother and even “dog people.”  Yup – people that my human has the pleasure of knowing through the wonderful world of dogs.  They were touched by people who came who didn’t even know their mother all that well – but who were inspired by her smile and positive attitude. The priest did a great job and even said a prayer in Polish.  Not that my human understood it – too bad Einstein and I hadn’t been there – we could have translated.

After the funeral and reception, they came back to the house, drank wine and told stories.  And they ate some leftover sweets from the reception.  Later that evening, after everyone was gone and we dogs had had some good long walks, my human settled down in the DFZ to just relax. And the phone rang, so she went to answer. It was Joanie, who was driving back to her home 2.5 hours away.   She had come down just for the funeral.  THANK GOODNESS she called – at least from my human’s point of view.  Because my human went to answer the phone and immediately noticed the refrigerator door open.  And yours truly was inside, surveying the contents.  Including the leftover reception sweets. My human shouted “Hey – get out of there!!!” And pulled me out.  My human had taken my medication out of the fridge just about 15 minutes earlier, and she figured she did not shut the door properly .  I was SO taken aback by this miraculous turn of events, that instead of grabbing food- like I attempt to do do when I get into the garage where the dog food is stored, I stood there mesmerized.  I mean I was suspended.  It was like standing in front of a slot machine with all kinds of matching numbers or cherries or something. I didn’t know what to do.  And it happened so quickly that Einstein didn’t even have a chance to cash in – heaven knows he would have been right in there if he realized my good luck.  But no.  Joanie called.  Thanks Joanie.  I’ll remember that.
My human wants to thank all of the many people who sent messages of sympathy and support.  And of course, those who came to the funeral. She got to thinking that through this blog, we have been able to share a tiny bit of her mother with people all over the world. And there is a strange comfort in knowing that – that her mother’s life extended beyond the family and friends in her immediate circle. She was a very special lady and the last time she was here at the house – just a few weeks again, she said to my human – “you know, they really ARE good dogs.”  She loved us.  And the feeling was mutual…And you know what?  I think she opened that fridge door…so we could partake in the celebration too….
Peace and paws up.
Seizure-free days: 9