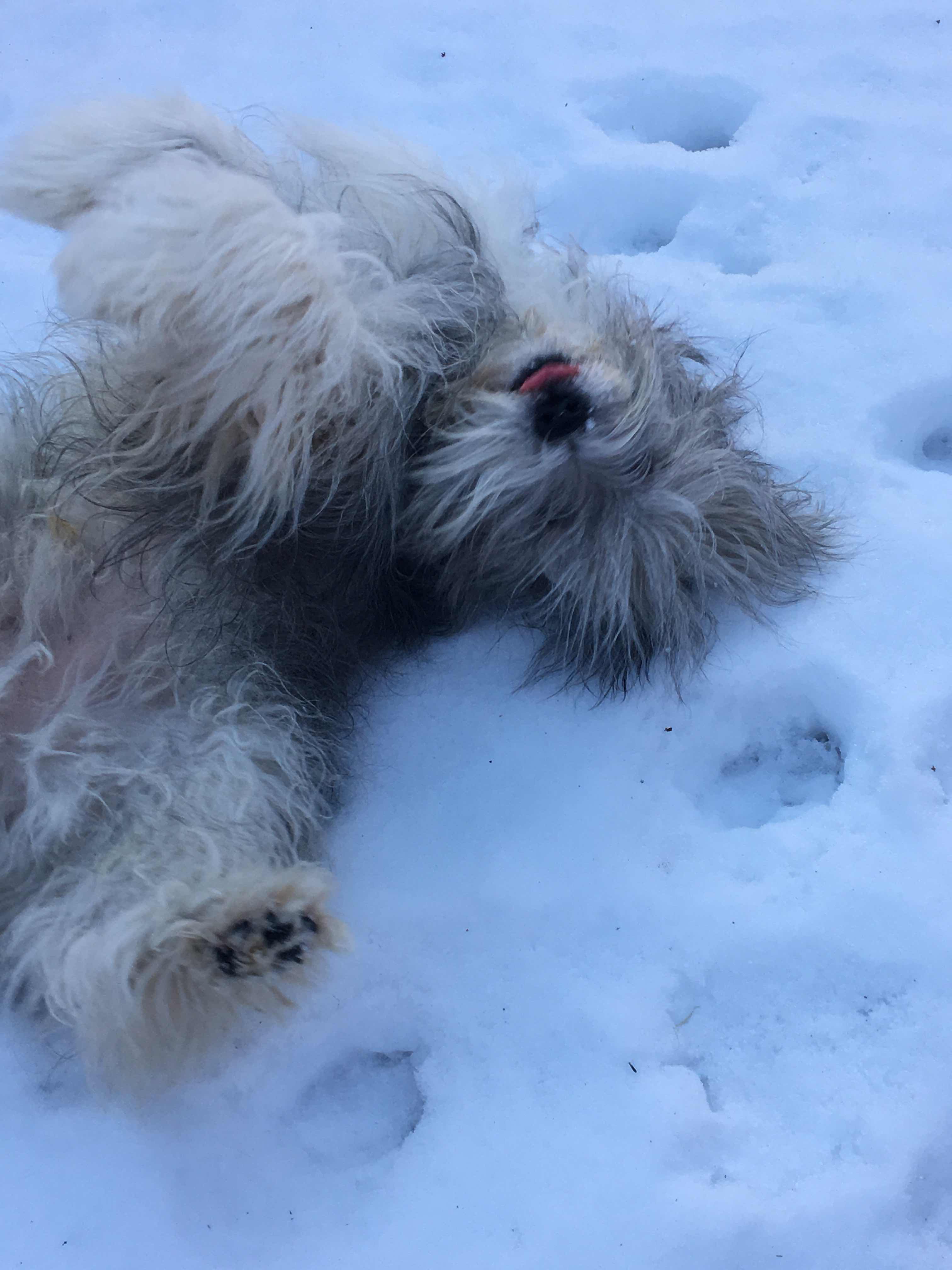 The other night, my human came home after a long day of attending to her mother’s affairs.  She was tired and she had a headache.  So after she walked us, and fed us she announced that she was going to take a nap.  And she did.  She finally woke up at 10 PM feeling much better – but suddenly looked at us and announced ” all of you need a brushing.”  The dreaded words.  It’s not like we had not been brushed lately – but well, I guess it was a few weeks.  And cottonball Einstein was REALLY in need of a full make – over.  So he was first to go into the garage aka grooming torture salon.  He moaned and groaned while my human brushed off a garbage bag of hair.  It was quite the wrestling match accompanied by the torturous sound effects.  When he wasn’t eating treats.  She then sprayed him with this new fancy rinseless shampoo and he was also dried.  He looked and smelled a LOT BETTER.  I  was next – but I wasn’t so bad off – and I rarely complain.  The FG should have been last – but when my human emerged from the torture salon and saw that it was 12:30 AM, she figured the FG could wait until the next day.  And he did get his chance the next morning, although the process is MUCH quicker.  And less painful for him AND my human.

Since that fateful evening, though, Einstein is doing payback every chance he gets.  He insists on rolling continuously on any patch of snow that he can find.  He hits the ground, rolls and rolls. And he completely messes up his coat. I swear he is doing it on purpose. Honestly, he hasn’t done this behaviour all winter.  Well not this much anyway.  The snow isn’t even all that soft and fluffy – it’s actually rather hard and icy – but he drops and rolls.  Repeatedly.  My human just watches and shakes her head.  He’s a rollaholic.
Never a dull moment.  Ever.
Have a good on. Peace and up!
Seizure -fee days: 7